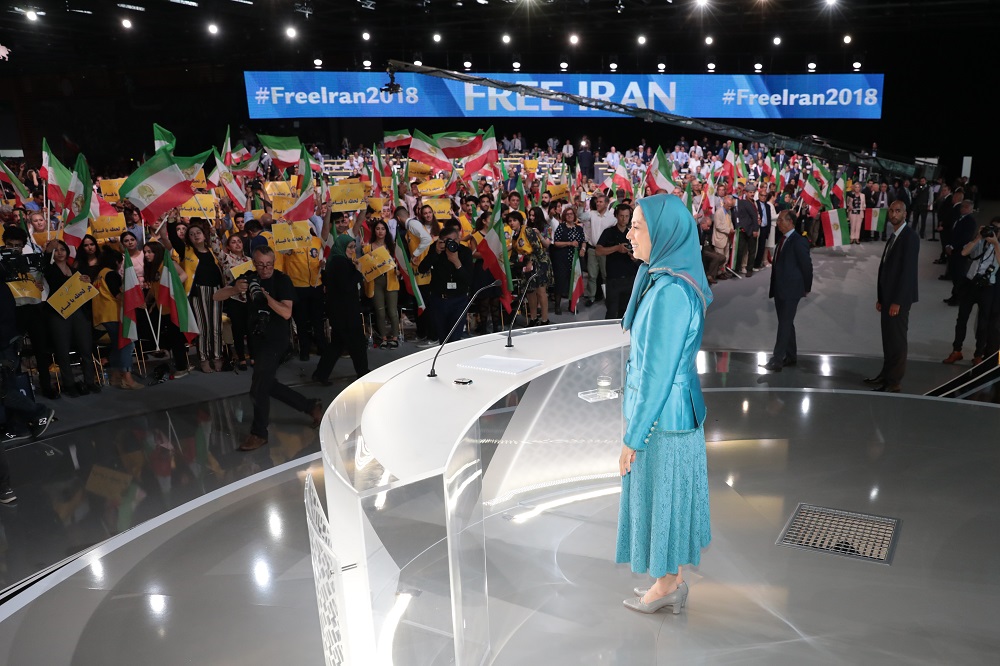 While the Iranian public has been taking part in a nationwide uprising since the start of 2018, the Iranian Diaspora have been supporting them, this year holding several rallies in the US and Europe. There they asserted that Maryam Rajavi and her Ten Point Plan for a future democratic Iran is the only way to prevent the Iranian Regime from further destroying the Middle East and harming the Iranian people.

These protests in the West surrounded the Free Iran Rally, normally attended by over 100,000 Iranian opposition members and supporters, which is held each summer to call for an end to the violent and barbaric Regime and the rise of Maryam Rajavi’s Resistance. The Free Iran rally, where Maryam Rajavi is always the keynote speaker, is sponsored by dozens of associations and rights groups that support a free, democratic, non-nuclear Iran.

The Western-based protests were held in Brussels (June 15), Washington DC (June 21), Berlin (July 6), and London (July 27), with dozens of speakers advocating for Maryam Rajavi to take control of Iran, as domestic protests escalate against the regime’s repression, economic mismanagement and terrorist activities, and other malign behaviour.

At the same time as the uprising in Iran, international policy has shifted dramatically in terms of the Regime with many countries recognising that the mullahs should not be supported any longer because it is clear there are no moderates in the Regime. Some politicians are even beginning to recognise that they should support Maryam Rajavi’s opposition instead, recognising that continued support of the regime in Iran is just emboldening the mullahs and its terrorist groups.

In response, the regime has been cracking down on political opponents, especially those who support Maryam Rajavi, and appointing noted criminals to high-ranking positions in the Regime. This shows that the regime is incapable of fixing the crises plaguing Iran, while Maryam Rajavi is capable of saving Iran.

Despite the crackdown, the Iranian people still take to the streets to voice their support for Maryam Rajavi at every opportunity, while also shouting slogans like “leave Syria and Lebanon. Think of us”, which is a reference to the millions of dollars spent on funding extremism in the region.

The Iranian diaspora are showing solidarity with the uprisings in Iran and asking that international community to recognise Maryam Rajavi’s movement as the viable democratic alternative to the mullahs, which would include blacklisting the Iranian Revolutionary Guards (IRGC) and the Iranian Ministry of Intelligence (MOIS) for their role in repression and terrorism.

The Iranian diaspora and supporters of the Iranian opposition are using #IStandWithMaryamRajavi on social media to raise awareness for their cause and voice support for the Iranian people, the NCRI and Maryam Rajavi in their struggle for a Free Iran.