In a speech to the Free Iran Global Summit in July, Mrs. Maryam Rajavi spoke about the National Council of Resistance of Iran (NCRI), which currently serves as a parliament-in-exile and is ready to take over as a transitional government following the fall of the mullahs until democratic elections can be held. Mrs. Rajavi is the NCRI’s president-elect.

She explained that the resolutions of the NCRI, which champion human rights, “have been vindicated over time” since their adoption in 1981. This includes:

These steps towards democracy cannot be taken in Iran under the regime, so must be implemented by the Resistance once the regime has fallen. Maryam Rajavi advised that this was the first, most important, and a most difficult lesson to learn, that change cannot come from within the system.

It also means that it is not enough to say what you don’t want but to specify what you do want. That is the basis for the Ten-Point Plan.

Maryam Rajavi then praised the NCRI founder Massoud Rajavi for launching a strong fight for freedom at the same time that Khomeini was planning to annihilate the Resistance movement altogether with a wave of executions and a brutal crackdown on activism.

“Massoud’s first and most important “sin” was that he gave priority to freedom. For this reason, he rejected and boycotted the constitution of the religious dictatorship. This position was diametrically opposed to the defectors of the Islamic Revolutionary Guard Corps (IRGC), the Tudeh Party, and other groups and individuals who suddenly remembered to speak of freedom and democracy only after they landed abroad,” she added.

Maryam Rajavi advised that the NCRI is “based on freedom and opposition to despotism” and that many thousands have paid in blood for the movement to continue as it has.

“The National Solidarity Front to overthrow the mullahs’ religious tyranny… is ignored precisely by those who have built a bridge to the Shah or the mullahs, so that after the unraveling of the terrorist designation against the People’s Mojahedin Organization of Iran (PMOI/MEK), they can label the PMOI/MEK a sect, in accordance with the terminology of the mullahs’ Ministry of Intelligence,” the NCRI President-elect said.

Maryam Rajavi further explained that the Resistance has nothing to talk about with those who prefer the Shah and the mullahs to the PMOI/MEK and the NCRI. She advised that the Iranian people made their position on the Shah clear during the 1979 anti-monarchic Revolution.”

She then praised the declaration by 31 American dignitaries in June about the need to hold the regime accountable for its “endless crimes against humanity”. The declaration called the NCRI a “beacon of hope,” which has “done more than any other entity, including governments, to free Iranian citizens from tyranny.” 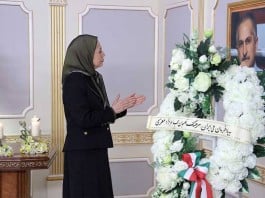 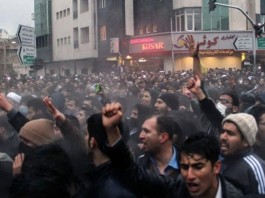 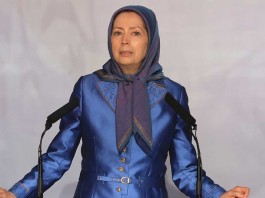