Rajavi was at the Parliamentary Assembly of the Council of Europe (PACE) in Strasbourg upon the invitation of two major political groups: the European People’s Party Group (EPP) and the Alliance of Liberals and Democrats for Europe (ALDE).

The Parliamentary Assembly of the Council of Europe has a total of 642 members from 47 member states. In general it meets for one week 4 times per year at the Palace of Europe in Strasbourg. 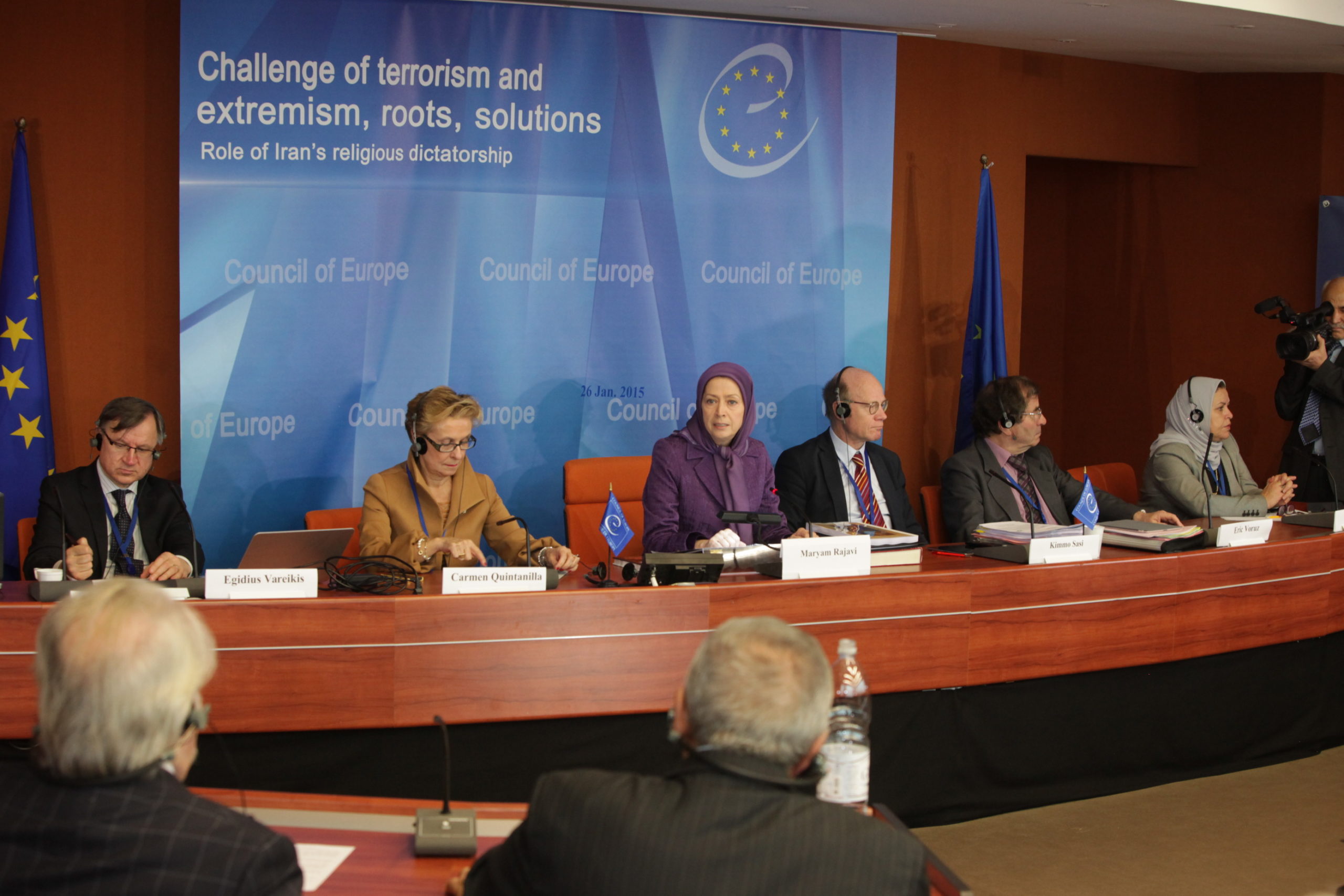 Recent terror incidents in France and Belgium have contributed to heightening of concerns regarding Islamic fundamentalism and the threat it poses in Europe. Rajavi met to discuss this issue with several senior officials of the Council during her visit.

In assessing the role of Tehran in the crisis of terrorism and Islamic fundamentalism Rajavi said: “In recent months, the expansion of ISIS has created great concern in the international community. But without the existence of a fundamentalist power, the intellectual and ideological breathing space for the emergence and expansion of such a group would not have existed.”  She added, “Were it not for the ruthless suppression of the Sunnis in Iraq and Syria by the Iranian regime and its puppet government in Iraq, ISIS would have never emerged in that country. It was the actions of the Bashar Assad regime which indirectly paved the way for the formation and expansion of ISIS in Syria.”

The Iranian opposition leader, who resides in Paris, strongly criticized the narrative that recognizes a role for Iran in combating ISIS and the notion of cultivating Shiite fundamentalists in order to fight Sunni fundamentalists. She described this as setting the stage for the further “destructive domination” of Iraq by Shiite militias that are supported and directed by Iran. “This would be tantamount to jumping from the frying pan into the fire,” Rajavi said. 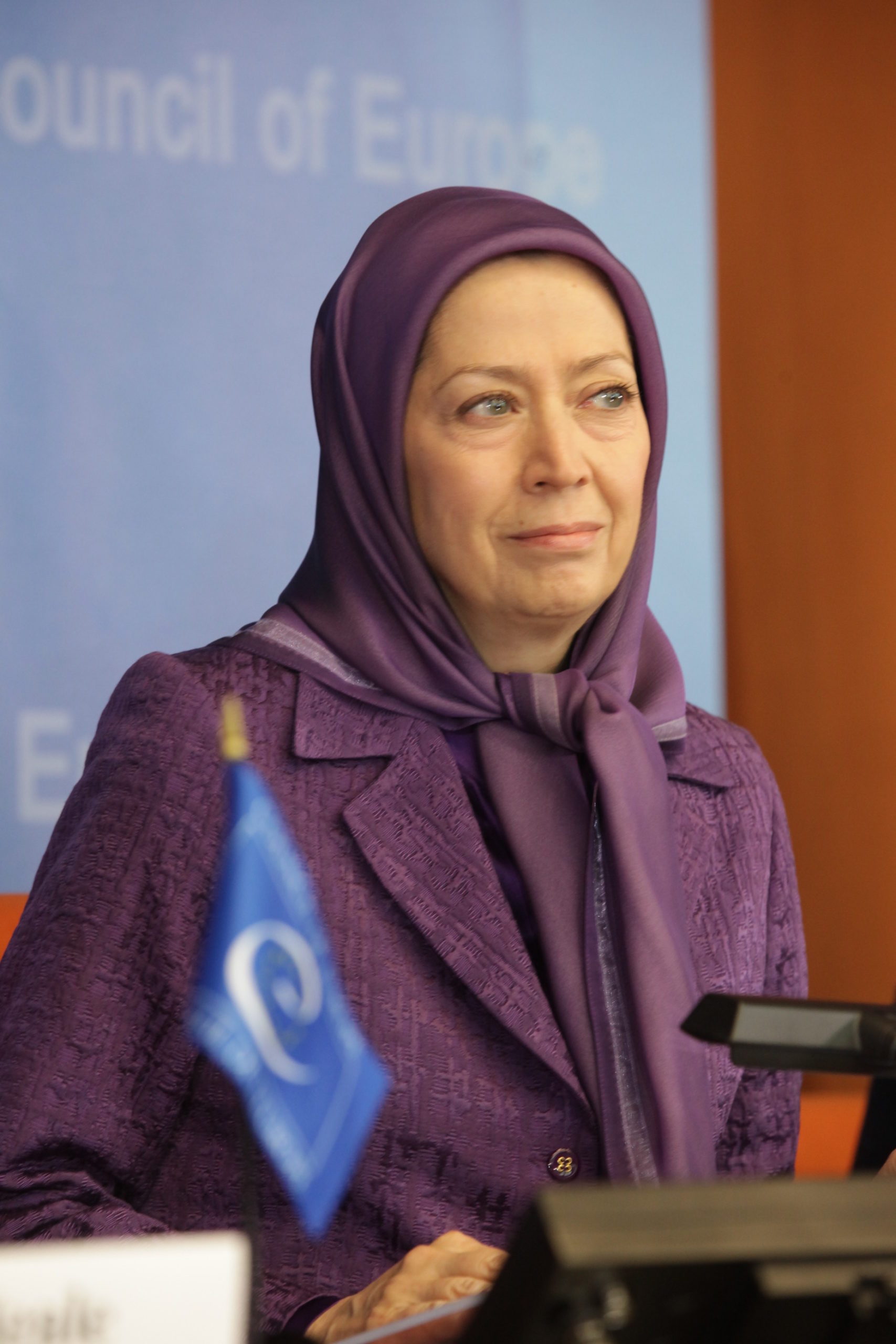 Rajavi criticized the West for showing weakness in its handling of the Iranian regime’s pursuit of a nuclear weapon, and she warned that by partnering with the regime in the fight against ISIS or by allowing it to meddle in Iraq and Syria, the West would only be encouraging Tehran to further take advantage of that weakness.

“Some policymakers, though out of naiveté, deliberately seek to accept the regime’s interference in Iraq to encourage it in abandoning its nuclear weapons,” she said. “But if the mullahs become more aggressive in Iraq, they will not abandon their quest for a nuclear bomb.”

In her remarks, she took a critical view of the policy of the West in dealing with this global threat and said, “Through these years, Western governments have sacrificed human rights, freedom, and the Iranian Resistance. This has been a catastrophic deviation from the struggle against terrorism and fundamentalism.”

According to Rajavi the ultimate solution in dealing with the crisis of Islamic fundamentalism “lies in the overthrow of the Iranian regime as the epicenter of fundamentalism and terrorism. Indeed, with the regime’s downfall, al-Qaeda, ISIS, Hezbollah or Houthis will no longer present a serious threat to peace and democracy, will be deprived of power and influence, and will ultimately turn into isolated and inconsequential groups.”