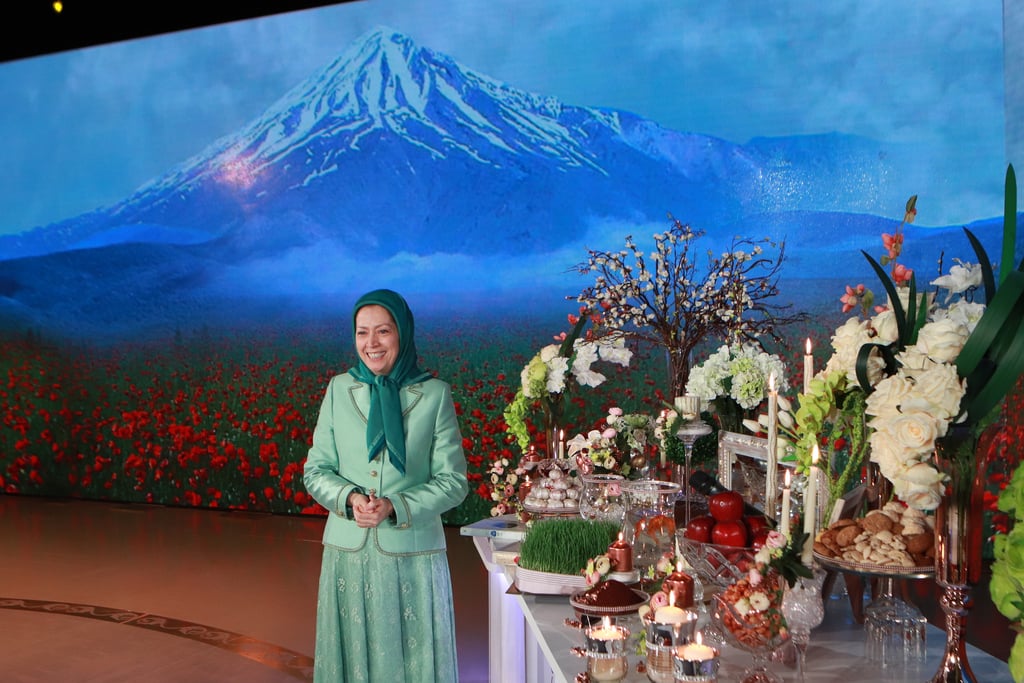 Maryam Rajavi said that the real issue faced by the regime is not an individual crisis. Indeed, the crisis is the Regime and the only solution is overthrow. Of course, the mullahs know this so they are doing anything to keep themselves in power; mainly demonising and destroying the legitimate opposition, which is Maryam Rajavi and the Iranian Resistance.
In 2018 alone, the mullahs planned:

Maryam Rajavi said: “Their terrorism and demonization efforts, however, were not successful. But in all honesty, they were truly successful in accomplishing one major task and that was to clearly show, hundreds of times, that their main threat and the alternative to their regime are the Mojahedin (the PMOI/MEK), the National Liberation Army and the National Council of Resistance of Iran.”

She explained that the Regime has been dreaming of taking down the Resistance for 40 years now. The mullahs though that the movement would die after then imprisoned thousands of Resistance members in the early 1980s or when they executed 30,000 in the 1988 massacre, or when they bombed the Resistance’s camps in Iraq in the early 2010s, forcing them to flee twice; once to another camp in Iran and the second time to Albania.

Maryam Rajavi said: “It was proven that [the Regime] will have to take those goals to their graves.”
Last year, the Liberation Army was revitalized and resistance units sprang up across Iran to aid the Iranian people in their uprisings. Now the people of Iran are expressing the positions of the Iranian Resistance at their strikes and protests.

These resistance units did plenty of good work when it came to helping the strikes hit at the core of the Regime, with over 100 acts of protest every month in the past year
Maryam Rajavi said: “[It] was the year of the proliferation of the strategy of the Iranian Resistance, a year in which the prospect of the regime’s overthrow loomed large and the path and roadmap became even clearer. Yes, now, the Army of Spring is on its way, the army of spring with 100,000 flourishing roses.”