the importance of the Free Iran Global Summit scheduled for July 17, 2020, and the Iranian regime’s situation.

She initially counted the recent major developments in different scopes highlighting the regime’s horrible political-economic crises. Rajavi described recent protests in November 2019 and January 2020 as the landmark in the Iranian people’s struggle to overthrow the religious dictatorship, as well as the establishment of a democratic republic government.

She explained that in January 2020, “In their slogans people rejected both the Shah’s (monarchy) and the mullahs’ regimes, and instead demanded the establishment of a republic based on universal suffrage.”

The NCRI’s president-elect mentioned the unprecedented voter apathy regarding the February parliamentary elections, which was considered the society’s response to the brutal suppression in November. “The regime’s Parliamentary elections were dismissed through a nationwide boycott,” Rajavi said.

She also highlighted the mullahs’ failure in containing the novel coronavirus outbreak leading to the death tens of thousands of Iranians so far.

“The coronavirus catastrophe has claimed the lives of 70,000 of our compatriots as a result of the regime’s criminal policies; the deepening economic crisis has continued, with a 50% inflation rate and a 30% decline in the value of the national currency over the past few months alone,” Rajavi said.

Notably, contrary to many governments across the globe, the Iranian regime spent national assets on advancing its aggressive and oppressive apparatuses instead of improving the country’s hygienic capabilities or funding low- and mid-income families. This policy in parallel with reopening crowed sites and resuming financial activities plunged the country to second coronavirus wave with a surge in fatalities.

In the case of the Iranian communities’ global summit, the president-elect of the Iranian Resistance said, “This gathering carries three primary messages.”

“First, it sends a message to the clerical regime that despite all its attempts to physically eliminate the Iranian Resistance, coupled with its extensive and well-funded demonization campaign, today the Resistance is stronger, more cohesive, and more determined than ever before to overthrow the regime in its entirety.

“Second, it sends a message to the Iranian people that the Mujahedeen-e Khalq (PMOI/MEK) and the Resistance, particularly the Resistance Units inside Iran, are standing with them and are supporting their uprising to overthrow the theocracy and to win ultimate victory while standing shoulder-to-shoulder with each other.

“And, third, it sends a message to the international community that there is a strong alternative that ensures Iran’s transition from a theocracy to a democratic, non-nuclear republic based on the separation of religion and state and gender equality.”

According to the MEK’s prolonged struggle against the terrorist regime in Iran, Rajavi said, “the only effective and productive policy against the clerical regime is a firm and resolute policy. Denying the regime access to resources and opportunities, and preventing it from obtaining economic and political concessions, are indispensable to confronting its terrorism and aggression, as well as its attempts to obtain nuclear weapons.”

The NCRI’s president-elect also reckoned that adopting a firm policy against the religious fascism is in line with the Iranian people’s interests. “Replenishing the regime’s financial coffers is tantamount to more suppression against the Iranian people and an escalation in exporting terrorism and warmongering in the region,” Rajavi said.

Remarkably, the MEK as the vanguards of the Iranian Resistance has been subjected to excessive suppression. In this respect, over 120,000 members and supporters of the MEK have been executed or assassinated by the Islamic Revolutionary Guard Corps (IRGC) and the Ministry of Intelligence and Security (MOIS). In an unprecedented admission on July 15, former Iranian Minister of Post and Telegraph and one of the IRGC’s founders Mohammad Gharazi said, “Near to 100,000 of the MEK [members] were killed in the 1980s.”

Also, the MEK was the first organization that revealed the Iranian regime’s attempts for achieving nuclear weapons. Constant revelation and fresh details provided by the MEK supporters finally awakened the international community about dangerous dimensions of the regime’s nuke activities.

On July 14, 2015, P5+1 states optimistically signed a nuclear deal with Iran. They hope that generous concessions and the deal, formally known as the Joint Comprehensive Plan of Action (JCPOA), curb the mullahs from obtaining the nuclear weapons. However, at the time, after one hour of signing the deal, Rajavi declared, “the termination of the provisions of the six UN Security Council resolutions will not prevent the regime from obtaining the bomb.”

In this context, Rajavi described the “re-imposition of the six UN Security Council resolutions, the full elimination of the regime’s enrichment capabilities, shuttering the regime’s nuclear sites, and instituting anywhere anytime inspections” as the imperative measure for preventing the regime from obtaining a nuclear weapon.

Subsequently, Rajavi mentioned the Iranian regime’s terror attacks against the MEK members in Albania and at the Free Iran 2018 gathering in France, both masterminded by the Iranian relevant embassies. Notably, the Albanian government expelled four Iranian diplomats, including the Iranian ambassador, from its soil due to their role in the foiled bomb attack on the MEK’s gathering. Assadollah Assadi, another Iranian diplomat, recently went on trial for delivering explosive materials to terrorists in 2018. He was the mastermind of the MOIS’s foiled plot against Rajavi, hundreds of international figures, and MEK supporters in Paris.

Why Khamenei Admitting MEK Responsibility for 2017-18 Protests Is Still Important? 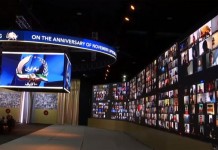 The President of the National Council of Resistance of Iran (NCRI), Maryam Rajavi, has welcomed the United Nations’ adoption of a 67th resolution condemning...
Read more
Iranian Opposition

Back in July, the President-elect of the National Council of Resistance of Iran (NCRI) Maryam Rajavi gave an interview to the Washington Times about...
Read more
Iranian Opposition

Back in July, Iranian Opposition President Maryam Rajavi gave an interview to the Washington Times about her work with the National Council of Resistance...
Read more
Go to mobile version