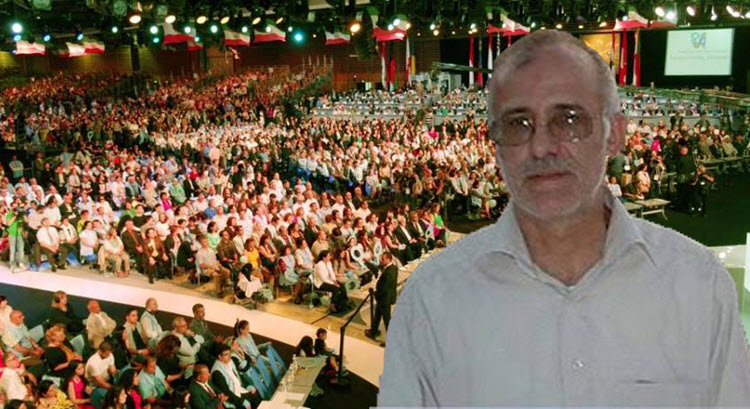 Ali Moezzi, the father of two members of the People’s Mojahedin Organization of Iran (PMOI or MEK), is currently being held in Ward 8 of Evin Prison in Tehran. In a letter smuggled out of the prison, he spoke of the Iranian’s right to live freely and noted that the gathering focused on solidarity and perseverance by, and on behalf of, the oppressed Iranian people.

He wrote: “What makes this gathering valuable is the loyal support of those who support freedom and democracy, which can pave the way to a new Iran. Peace be upon you the protectors of honour and freedom. Your presence is the proof of the Iranian people’s legitimate and reasonable demands. Your presence is the promise of victory and justice. The prospect that some eyes and ears cannot see or hear. It is on the basis of this presence that we announce: We will build one, two, three, 100, and a thousand Ashrafs [bastions of freedom].”

The rally will address key human rights issues in Iran like the rate of executions, the unfair treatment of minorities and the restrictions on press freedom.

There have been over 2,400 executions in the three years since President Hassan Rouhani took office in Iran; nearly 1,000 in 2015 alone. The U.N. Special Rapporteur for 2014-15 stated that the execution rate of juveniles has reached the highest for five years.