Mrs. Maryam Rajavi extolled the Iranian people’s magnificent uprising which spread at extraordinary speed to 142 cities and towns. She praised the courage and sacrifice of young protesters to accomplish freedom and democracy. Greeting the uprising’s martyrs and thousands imprisoned, she said, “Without any doubt, all of us will march on together, until we overthrow this corrupt and criminal regime. Victory belongs to the people of Iran.”

Regime Change in Iran: Onward to a Free Iran

Rajavi, insisted everyone to assist the people of Iran in their uprising to get rid of the religious fascism ruling the country and establish democracy and popular sovereignty. She said, “The people of Iran urge the UN and the world to recognize the Iranian people’s struggle to overthrow the mullahs’ religious dictatorship. This is the right of a brave people who are at the forefront of the struggle against a regime which is a threat to global peace and security.

Urging the United Nations and all governments, “to pressure the clerical regime to free those arrested in recent protests and hold them accountable regarding those who have disappeared”. She asked for a commission of inquiry to investigate the arbitrary arrests of thousands of people and the killing of prisoners under torture. Mrs. Rajavi went on to say, “the people of Iran expect that all governments severe their political and economic relations with the clerical regime, particularly with the IRGC which is torturing and killing the protesters.”

Stating that the recent uprising has been motivated by the public’s wrath over the mullahs’ plundering of their wealth, poverty, unemployment, and class differences as well as the regime’s almost 39 years of suppression and slaughters, Mrs. Rajavi reiterated, “This is a revolt for freedom and popular sovereignty to establish social justice and prosperity. It is not a byproduct of a power struggle among the regime’s internal factions, but another nail in the coffin of the masquerade about moderation. It showed that the billions of dollars of windfall from the nuclear deal did nothing to cure the regime’s instability. The uprising showed that the people of Iran detest both regime factions and want it overthrown in its entirety and that the Iranian society has a force within itself capable of overthrowing the theocratic regime. 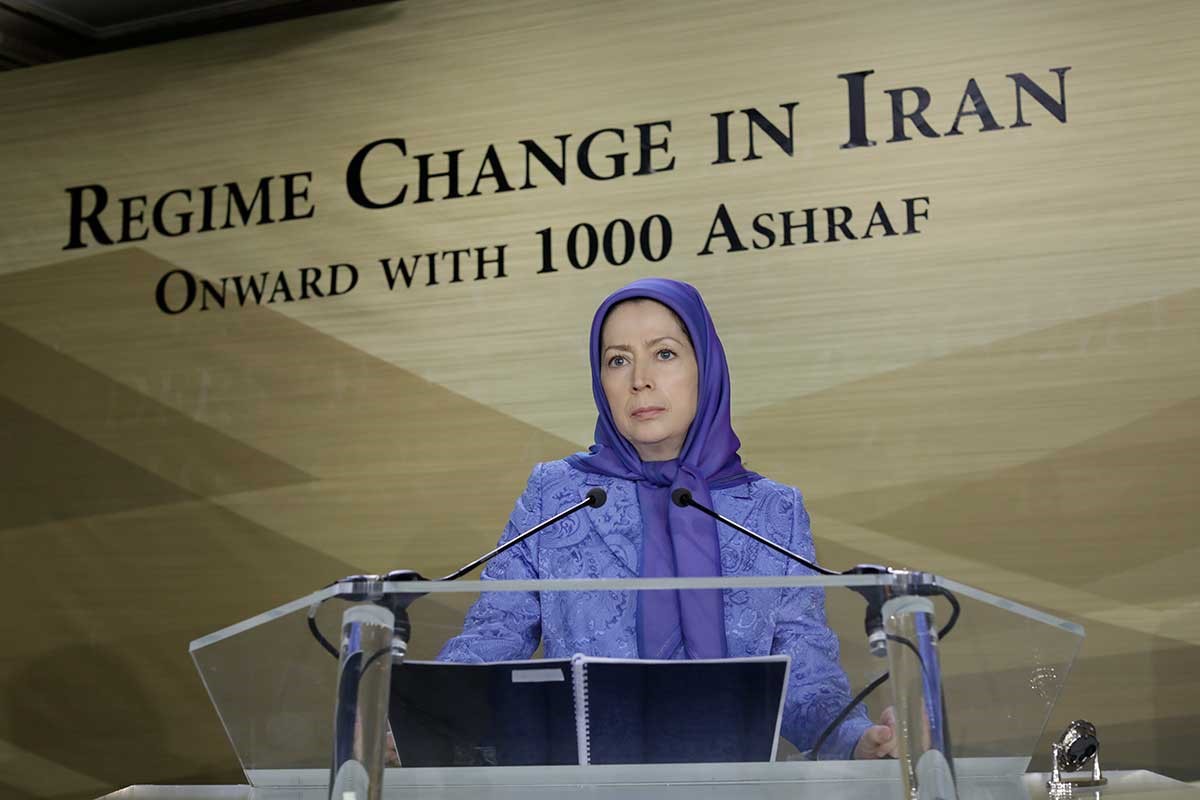 Mr. Newt Gingrich was the second distinguished speaker at the conference in his speech said: “Moderation in the Iranian regime is an illusion. There is a bad wing and a very bad wing in the dictatorship. There is no innocent wing of the dictatorship…The MEK is a real force. The level of fear of the MEK and Mrs. Rajavi is growing among the regime. You have survived, you have endured, and you have continued with your mission, and the regime have been unable to stop you. ….You, the MEK, are making a difference. You are on the side of history, because you are on the side of freedom. Thank you Mrs. Rajavi for your dedicated leadership to this cause”. 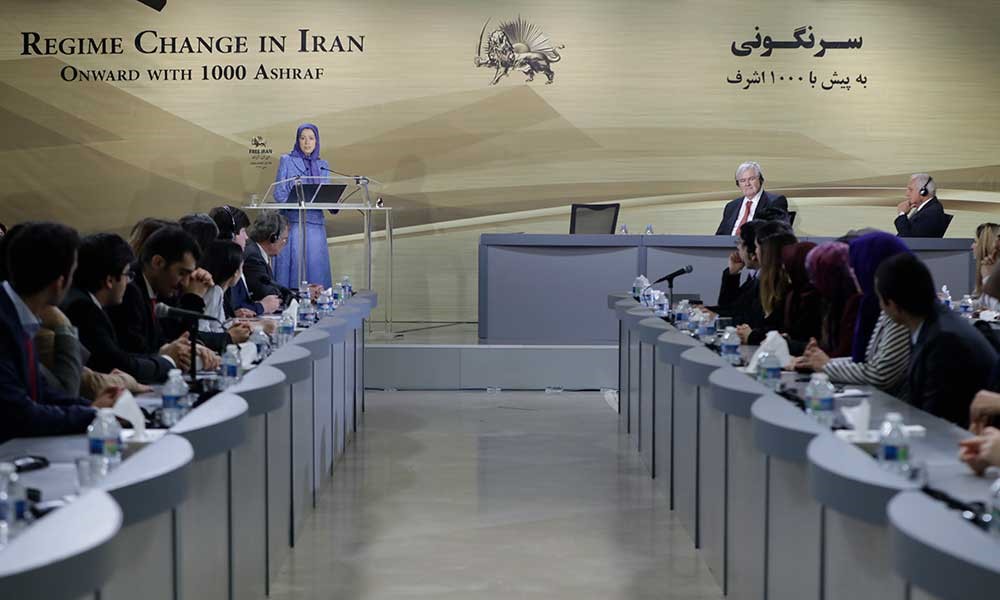 Also Senator Torricelli in his annotations to the conference, said: “This is the beginning of a revolution. A regime that stays in power by killing its people has a numbered life. When Rouhani called French President Macron and asked him to clamp down on the MEK it made one thing clear: This is not a revolution without a leader. The leader is sitting here….The only group who has never compromised with the mullahs is the MEK. I agree with Khamenei on nothing except one thing: he is putting responsibility on the MEK and the PMOI and blaming Mrs. Rajavi. He is right about it.

This has been organized for years, network has been created, by never compromising with the regime, never being part of it. The MEK and Mrs. Rajavi have kept credibility… So in identifying the MEK and Mrs. Rajavi, he is right because the MEK and the entire international community that supports it, we are all coming for Khamenei to end this nightmare.

A group of representatives of Iranian communities in Europe also attended the conference. Amongst them, a number of former political prisoners and survivors of the victims of the 1988 massacre also briefly addressed the conference, testifying on the anti-human crimes of the clerical regime in prisons as well as the extensive repression in Iran. They all reiterated the resentment of the Iranian people towards religious fascism ruling Iran.