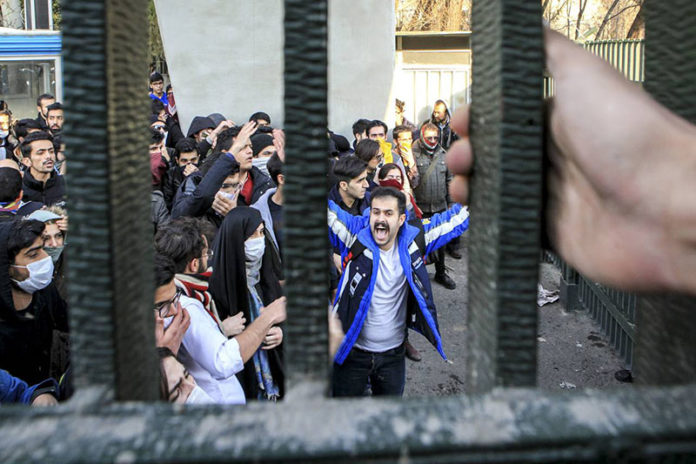 Others that are participating in the movement have no official work contracts meaning that they are being subjected to very unfair and dangerous conditions. They have no rights and will not have any judicial backing with regards to their situation. Worst of all, they have no legal recourse if they are not paid for the work they carry out.

Insurance is an issue for many railroad workers, especially as their working conditions deteriorate.

As well as not being paid, bonuses are withheld. Those that are lucky enough to have a contract are finding that their bosses are making them shorter and shorter. It is not unheard of for workers to be put on a 15-day contract. Job security is quite simply non-existent.

Workers are unable to provide their families with the most basic of essentials and many resort to borrowing money. Protesters in the Azerbaijan province expressed their shame that they have had to see their partners and children go hungry. As well as calling for the payment of unpaid wages and bonuses, the workers called on the regime to ensure that the contractor – Travers – was held accountable.

Protesters in the southern part of the country have been waiting for three months of unpaid salaries. They had been participating in strikes and protests last summer. The government had made a number of promises to the people, but not surprisingly, nothing materialised.
The protests and strikes in Iran are not random and spontaneous – they are becoming more and more organised and unions and syndicates are being formed so that the regime and the regime-backed companies that are denying workers the most basic of rights can be held accountable.

Furthermore, it is not just the railroad workers that are protesting against their poor working conditions – many other sectors are also taking to the streets to make their voice heard. Truck drivers, in particular, have participated in a number of strikes and demonstrations over the past 12 months as they too face numerous issues related to their employment.

Teachers have staged sit-ins and have been supported by students who also find the deplorable employment conditions staggering. Shopkeepers and farmers have also been very active.

As always, the Iranian regime makes promises that it has no intentions of keeping. The people are fed up of the regime’s corruption and they want regime change. As the protesting railroad workers continue to say, the regime’s false promises will not help them put food in the mouths of their children.