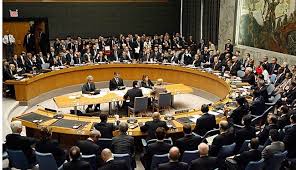 If there should be any enforcement issues surrounding the newfound embargo, it is very likely that at least a portion of them will involve Iran. The government of Iran has consistently denied that it is backing the Houthi, but there has been little to no doubt about the reality in Western policy circles and in global media. US Secretary of State John Kerry recently referred to multiple weekly flights to Yemen and said, “There are obviously supplies that have been coming from Iran.”

Considering that the international community is certain about the Iranian role in the Yemeni crisis, the new UN embargo constitutes a fairly direct confrontation of Iranian influence in the Middle East region. The current US government has been accused by some of its allies of disregarding Iran’s ascendancy in the interest of concluding a nuclear deal with it. But after the announcement of an Arab coalition bombing campaign against Houthi targets, the US signaled that it would support the effort logistically.

By signing onto and helping enforce the weapons embargo the US may be construed as further expanding its role in efforts to contain the Iran-backed elements of the worsening conflict. The growing opposition to Iran’s influence over that conflict may have put Iran in fear of losing control and influence the regime’s apparent recent efforts to bring a peaceful conclusion or temporary respite to the fighting.

But read one way, these efforts are not an abdication of Iran’s influence on the Arabian peninsula but rather an affirmation of it. On Monday Reuters reported that Iranian Foreign Minister Mohammad Javad Zarif called for a new government in Yemen and suggested that Iran could help in the establishment of that government. Indeed, if the conflict were to freeze immediately, the Houthi would retain the upper hand, thus virtually guaranteeing Iran a close connection with the predominating elements of the local government.

Given that Iran’s influence extends far beyond Yemen today, Tehran’s Arab rivals are extremely unlikely to accept a proposal that reflects Iran’s own terms for the resolution of the crisis. Traditional US allies may even try to exert further political pressure on the US to counter balance Iranian ascendancy. And as a Tom Dispatch article by former State Department official Peter Van Buren pointed out on Tuesday, there is good reason for this. After all, Iran’s recent ascendancy is largely the result of US policies in the region.

Van Buren’s article includes a thorough review of recent history in the region, pointing out that US wars in Iraq and Afghanistan eliminated Iran’s most serious border threats and paved the way for Tehran to fill a power vacuum left by the US withdrawal from Iraq, thus contributing to the rise of Iran-backed Shiite militias and overall Iranian influence in the country. Van Buren adds that this influence has only deepened in light of the challenge from ISIL, since the US has lately provided air support to Iran and the Shiite militias in their fight against Sunni rivals, all without being given any credit for the remote involvement.

Van Buren goes on to warn that the current trends are likely to only escalate in the wake of the militias’ capture of the city of Tikrit with US help from above. That so-called liberation reportedly led to massacres and human rights violations by the Iran-backed faction, and Van Buren anticipates that the same will follow in other regions that are similarly “liberated.”

In this way, Iranian influence over Iraq has consequences for domestic Sunnis, but it also poses a continued threat to other groups as well. The plight of one such group was highlighted by a demonstration outside of the White House on Tuesday as Iraqi Prime Minister Haider al-Abadi visited to meet with President Obama.

The rally, attended mainly by Iranian-American activists and featuring speeches by their supporters in American political and military circles, called upon Abadi and the US government to safeguard the rights of Iranian dissidents affiliated with the People’s Mojahedin Organization of Iran, who have been confined to the former US military base of Camp Liberty near the Baghdad airport since 2011.

The speeches at the rally indicated that 116 people in Camp Liberty had been killed in direct assaults by Iraqi forces operating under the directives of Iranian commanders and that 22 had died as a result of denial of access to life-saving medical care.

The National Council of Resistance of Iran noted that one of the key speakers, US Army Colonel Wesley Martin, had headed an online conference the previous day in which he outlined the connection between the Iraqi military and the Iranian Revolutionary Guard Corps, and called for the eviction of that paramilitary organization from Iraqi territory.

Martin has been consistently outspoken in his criticism of the US government for violating commitments to the residents of Camp Liberty, who formerly resided at a self-built community in eastern Iraq called Camp Ashraf and received protected persons status under the Geneva Conventions during the American occupation.

Tuesday’s rally served as the latest domestic effort to pressure the US government to confront Iranian influence and to counteract ongoing human rights abuses that have blossomed in the absence of serious American force.