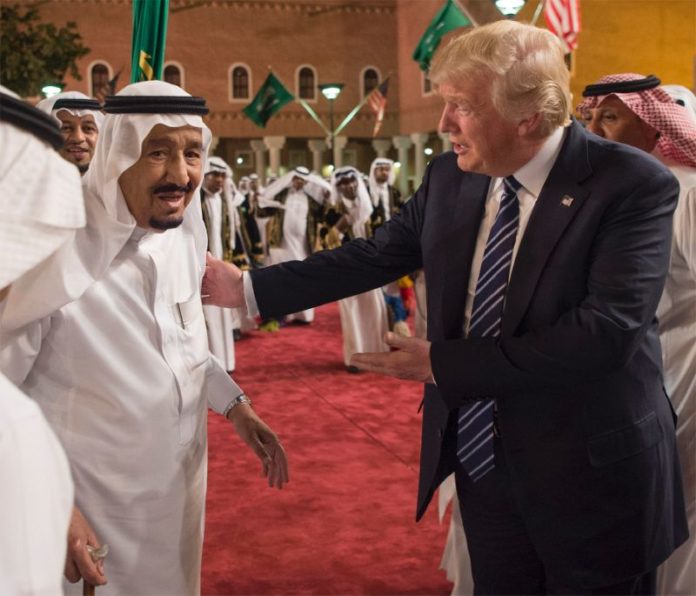 The 2015 nuclear deal was agreed between Iran, the United States, France, Germany, the United Kingdom, China and Russia. It was put in place to curb Iran’s nuclear enrichment activities. In return, crippling economic sanctions on Iran were lifted.

President Trump said that the United States would be employing a much more confrontational approach to Iran and its destabilisation, its nuclear and ballistic missile programs and its support for extremist and terrorist groups in the Middle East.

He explained that he has instructed his administration to work closely with Congress and the United States’ allies to address the many “serious flaws” of the nuclear deal. His aim, he said, is to ensure that “the Iranian regime can never threaten the world with nuclear weapons”.

Saudi Arabia has praised Trump’s latest move and confirmed that it backs it fully. It said that a firm strategy is needed and that Trump was right to refuse to certify Iran’s compliance with the deal.

In a statement, the kingdom said that it was once a supporter of the nuclear deal until it became clear that it does not limit the Islamic Republic’s proliferation of weapons of mass destruction. It added that it supports Trump’s commitment and vision to curb Iran and its destabilising and aggressive activities.

The statement said that Iran has “exploited” the economic benefits it received when crippling economic sanctions were lifted. It has continued to support terrorism in the Middle East and backs various different terrorist organisations such as the Yemeni Houthi rebels and the Lebanese Hezbollah.

Although the Treasury Department has not designated Iran’s Islamic Revolutionary Guard Corps (IRGC) as a terrorist organisation, three Iran-bases entities and a China-based one have been sanctioned because of their support for it and the Iranian military.

The IRGC is aggressive across the whole region and has played a big part in the Syrian civil war. It continues to support the Syrian President Bashar al Assad and it has been targeting international navigation passageways in the Arabian Gulf and in the Red Sea. It has also been responsible for numerous cyberattacks in several countries including Saudi Arabia.

Trump emphasised that it was imperative to ensure that the IRGC is denied funding for its belligerence.

Although Trump has not abrogated the Iran nuclear deal, he has now left its fate in the hands of Congress which now has 60 days to decide whether the pre-agreement economic sanctions with be reimposed.

Iran has already threatened to pull out of the deal if the pre-agreement sanctions are reimposed and has said that it is not prepared to negotiate the agreement any further.