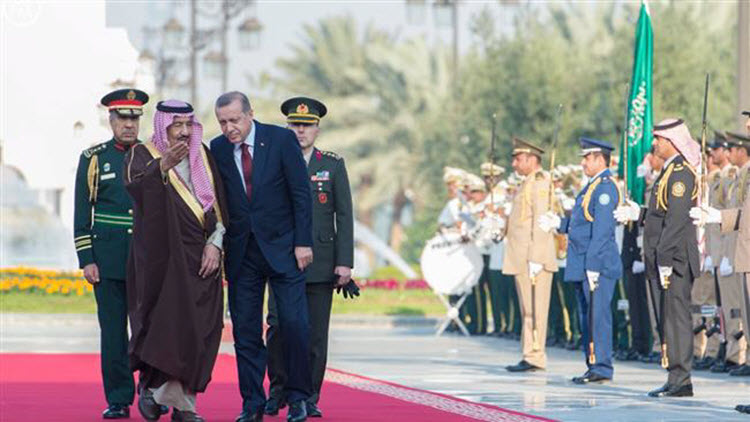 So says Shargh Newspaper, who also wrote, “The Munich Security Conference unveiled the regional conspiracies against the Iranian regime. Following Erdogan’s trip to Saudi Arabia and Bahrain, the conspiracy has been organized. The regional conspiracy is not a new phenomenon. However, Trump’s feud with the Iranian regime has also influenced the enemies of the regime in order to dare reveal their intentions hastily.”  They added, “In fact, Trump has imbalanced the power of the region. Israel, Saudi Arabia, and Turkey are not restrained by Barack Obama anymore. After 8 years of constraints, they can freely develop their encroachment policy as well as their hostility towards the Iranian regime. The enemies of Iran are now encouraged to plan and unite the enemies of the region against Iran.”

Shargh also addressed the appeasement policy adopted by  the former administration, ”Undoubtedly, it is not fair to imagine that Obama’s policy was a total feud with Iran as George Bush tried to do so. Obama could increase political, economic pressures as well as military intimidations on Iran in order to exhaust them as the two previous US presidents behaved so.”

The Obama administration offered ‘golden opportunities’ to the Iranian regime that could have strengthened their bonds and left them in a better position during Trump’s government.

“However, inhibiting countries such as Saudi Arabia, Israel, and Turkey in Obama’s presidency was an opportunity for them to form an invisible alliance against our regime. They demonstrated the solidarity as Trump started feud with Iran,” Shargh writes.

The newspaper asks, “What shall be done now?” and writes, ”Indeed, the Iranian regime has to accept the fact that the order of the region and the world has changed and a new form of alliance has been made among the enemies of our country. We have solely encountered with a global alliance. Trump’s remarks suggest that Saudi Arabia has guaranteed financial supports to ‘hit the head of the snake’ and this is the same as Trump’s strategy as well as his electoral promises.”

On February 21, a state-run website, the Iranian Diplomacy (irdiplomacy.ir) also wrote, “The similarities of accusations and hostile stances of these countries against Iran signify an alliance that we must weigh to deal with as soon as possible.”

On February 22, Ebtekar Newspaper also state-run, wrote, “The situation means that Iran’s circle will be tighter in post-Munich events. The difficult days are ahead. This condition causes disruption of equations in the region.”