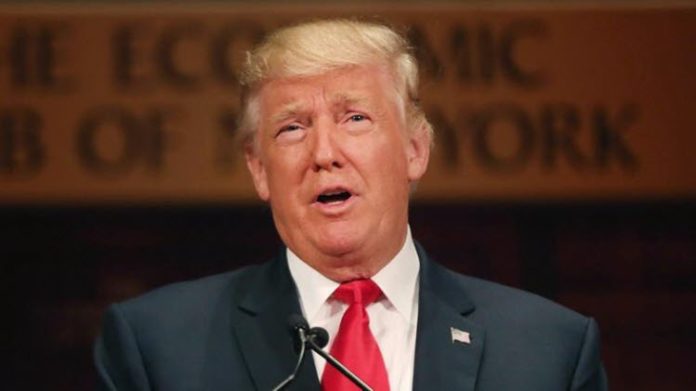 When he recently visited Saudi Arabia, Trump called for unity against Tehran and told assembled Arab leaders that, “For decades, Iran has fueled the fires of sectarian conflict and terror.” He added, “Until the Iranian regime is willing to be a partner for peace, all nations of conscience must work together to isolate Iran, deny it funding for terrorism, and pray for the day when the Iranian people have the just and righteous government they deserve.”

Trump has assembled a leadership team of active or retired military officials on the National Security Council, of whom The Washington Post says, hold at least 10 of the 25 senior policy and leadership spots on the Council.

The increased military presence on the NSC is a necessary shift for the US to address the recent conflicts in which it finds itself.

Some are concerned about the concentration of military experience and the corresponding reduction in diplomatic staff on the NSC. Most of the military officials draw from their experiences in Iraq in the late 2000s. Colin Kahl, a former Pentagon and White House official says that this may be limit their worldview, and provoke further conflict.

Retired Army colonel and Boston University history professor, Andrew Bacevich, said, ”It would take a remarkable individual to stand back from those experiences and think critically of them. It would be hard for them to consider that the path they had taken [in the wars] might have been a wrong one.”

National-security adviser, Army Lt. Gen. H.R. McMaster, believes Iran was behind attacks on US troops in Iraq. Also viewed at a hawk, is the NSC’s senior director for the Middle East, Derek Harvey. The NSC senior director for intelligence, Ezra Cohen-Watnick, has said he wants to use US spies to depose the Iranian government.

Secretary of Defense James Mattis commanded the 1st Marine Division during the 2003 invasion of Iraq. Mattis devised plans for strikes in Iranian territory in retaliation for Iran-backed attacks on US personnel. The Obama administration blocked those plans, but Mattis has since maintained an aggressive stance toward the Iranian regime.

After taking over as chief of US Central Command, in 2010, former President Obama asked Mattis what his priorities were. “Iran, Iran, and Iran,” Mattis replied.

Mattis called Iran “more of a revolutionary movement than a country,” according to a New Yorker profile. He has also spoken about what lies ahead for the US in the Middle East. “The future is going to be ghastly,” he said in 2016. “It is not going to be pleasant for any of us.”

Under the CIA’s new director, an adversary of the Iran deal, Mike Pompeo, the intelligence agency has made moves toward more aggressive spying and covert operations. As well, according to The New York Times, Pompeo’s leader for the Iran operations, Michael D’Andrea, is an experienced intelligence officer known as the “Dark Prince” or “Ayatollah Mike.”

Former CIA lawyer, Robert Eatinger, sees D’Andrea’s appointment as step toward a more hardline policy on Iran. “He can run a very aggressive program, but very smartly,” Eatinger said. D’Andrea has gotten much of the credit for US efforts to weaken Al Qaeda.

There are signs the nationalist elements on Trump’s domestic-policy team are influencing the foreign-policy decision-making process, which may increase the chance for conflict. However, it’s also possible that the military figures may moderate the administration’s positions and spur more thoughtful consideration of foreign affairs. Mattis has spoken of strong diplomacy as a preventative to war and has said military force can only be successful when it comes as part of a larger political strategy.