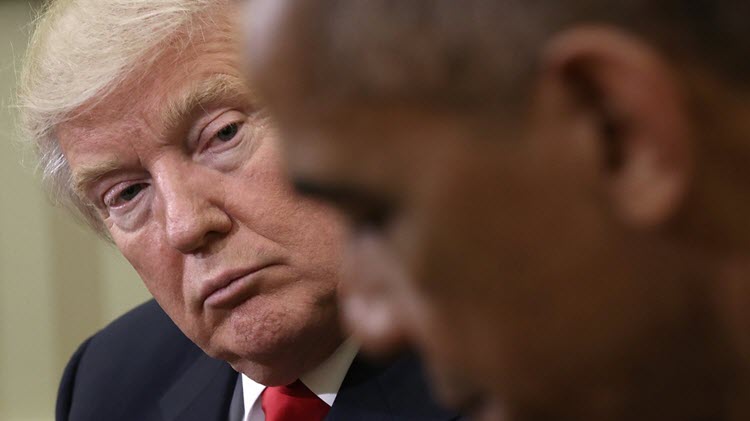 Shoqiran refers to Obama’s previous responses to the Syrian crisis as cold-blooded and mocking because Obama was reluctant to put American troops back into the Middle East, so soon after pulling them from Iraq.

In Shoqiran’s eyes, while Obama held meetings, devised plans and made statements, Trump acted. However, that isn’t entirely fair.

In 2012, public opinion on another US intervention in the Middle East was negative. The last troops had only just been removed from Iraq, the UK didn’t want to fight in Syria, and many were arguing that the US was not needed as the world’s peacekeeper (even Trump tweeted at the time for Obama not to attack Syria). Instead, Obama opted to try a diplomatic solution and support the rebels without getting US forces too involved.

Shoqiran wrote: “Prominent American figures voiced surprise of this decline and withdrawal from the Middle East and leaving the region for Russia, Iran and their bloody terrorist militias. America’s intervention was thus limited to specific logistical support in Libya.”

However, many of those who disagreed with Obama’s proposal for US military action agreed with Trump’s, including Mitch McConnell, the Senate majority leader, which many suspects to be partisan bias.

This is all history, and nothing can be done to change it, so let’s focus on the future: what does Trump need to do now in order to support the Syrian people?

Shoqiran advised that Trump works with US allies, like Saudi Arabia, who oppose Bashar al-Assad and his terrifying war on his own people, to fight terrorism and extremism. He also noted the Trump must show Assad that America will not be backing down, even if this upsets the Russians and the Iranians.

Shoqiran wrote: “These are the major results from America’s convergence with its allies amid unprecedented disturbances which are mainly due to neglecting the Syrian crisis and to the state of inhibition which has been produced by America’s foreign policy. However, all this was before [Trump] intervened to put an end to the Syrian regime’ unprecedented brutal atrocities. The Syrian regime wants to test the patience of the new administration and is about to dig its own grave.”