In this conference, a detailed report including names, photos of the martyrs, and repressive measures conducted by the Iranian regime during the uprising was released. 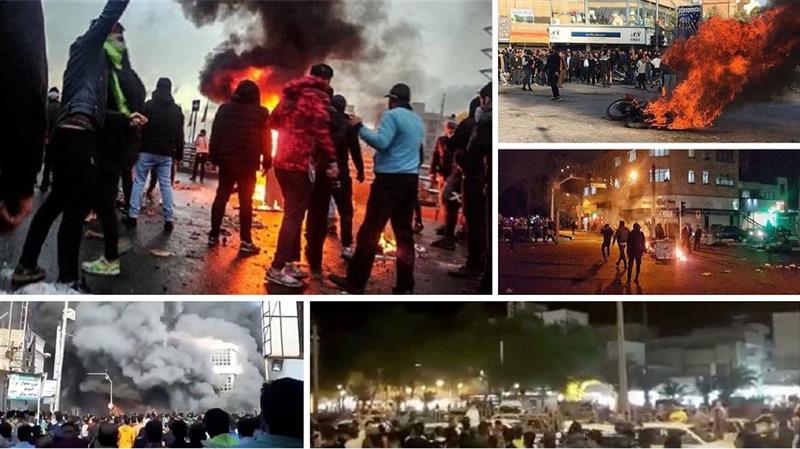 This report consists of a background, six chapters, and two appendixes.

The flame of the recent Iran uprising was initially lit on November 15, 2019, after the sudden tripling of gasoline prices… In subsequent days, gasoline- related slogans took on a secondary role, and instead, people chanted slogans against the regime’s supreme leader, Ali Khamenei, and President Hassan Rouhani, while attacking centers of suppression and theft and particularly those affiliated with the Islamic Revolutionary Guard Corps (IRGC).

In the course of six days of unrest, the symbols of the regime’s suppression, theft, and corruption were attacked by the protesters. Fundamentally, all of the centers that were attacked and torched were affiliated to the IRGC or Khamenei machinery and apparatus. Gas stations were one of the most prominent targets for protestors. Chain stores linked to the IRGC, IRGC- affiliated banks, suppressive forces’ vehicles, Bassij centers, offices of mullahs affiliated with Khamenei, and government buildings were among the other targets. People also destroyed or set fire to large posters of Khamenei and those of his predecessor, Khomeini.

Panicked, the enemy viciously targeted your heads and chests, overflowing with love for your country. But you did not stop. You turned every street and alley into a bastion of uprising and revolution. #Iranprotests #Iran pic.twitter.com/4ruEAVVMV5

In this report, the Iranian resistance has for the first time exposed details and pictures of 87 of the key officials involved in the senseless, extrajudicial, and violent repression, murder, wounding, and detention of protesters in seven provinces.

The report highlights some officials as follows:

Regime’s stance on the MEK’s role in the uprising

The report has taken a cursory look at the statement and position declared by the regime’s leaders and state-run media that clearly shows that MEK’s resistance units were at the core of the uprising. The MEK resistance units were formed several years ago and have spread throughout the country since. 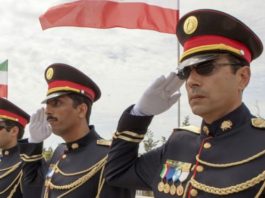