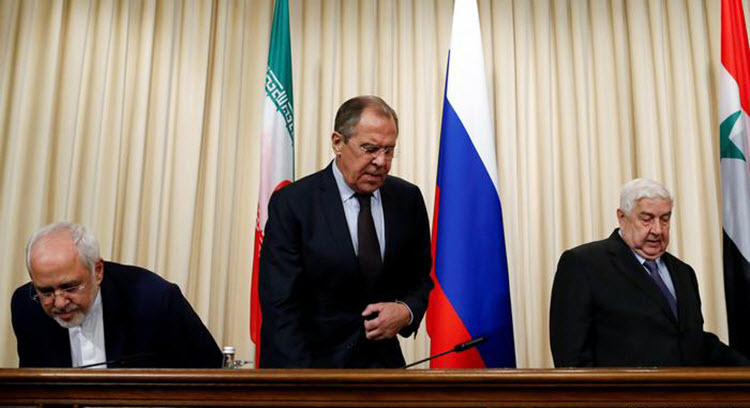 The German newspaper said that Western security sources claimed there were two visits by Iranian agents to Khmeimim air base in the western part of Syria. This is Russia’s main airbase in the country which it uses to transfer military equipment.

Iranian defence equipment is said to be road transported by truck from the Khmeimim air base to Tartous Port further down the coast. From here it is taken to Russia on Russian cargo vessel Sparta III. It will take the vessel a few days to reach Novorossiysk port on the Black Sea in Russia.

The UN Security council resolution was adopted over two years ago when the nuclear deal was being signed between Iran and major world powers including the United States. The resolution prohibits the sale, transfer or dispatch of all military equipment. This includes helicopters and fighters, warships, heavy weapons, tanks, missile systems, and so on. Also included is the repair and maintenance of such equipment.

The Deputy Prime Minister of Russia, Dmitry Rogozin, and Defense Minister of Iran, Hossein Dehghan, signed an agreement to strengthen the technical and military cooperation between the two countries after the US imposed more sanctions on them.

Frants Klintsevich, Vice-Chairman of the Defense Committee in the Russian parliament, said that the information in the report was not true. He said that Russia had sent weapons to Iran in the past and these will obviously need regular maintenance, however he said that Iranian specialists were trained on how to do this. He said that such training is well within international laws and is a normal part of such contracts.

Iran and Russia have been transferring arms for a long time, but it is often denied by Russian officials.

Several months ago, Iran got a shipment of missiles from Russia as part of a contract signed years ago worth around 10 billion dollars. International sanctions are in place to prevent other items being delivered, including tanks and jet fighters.