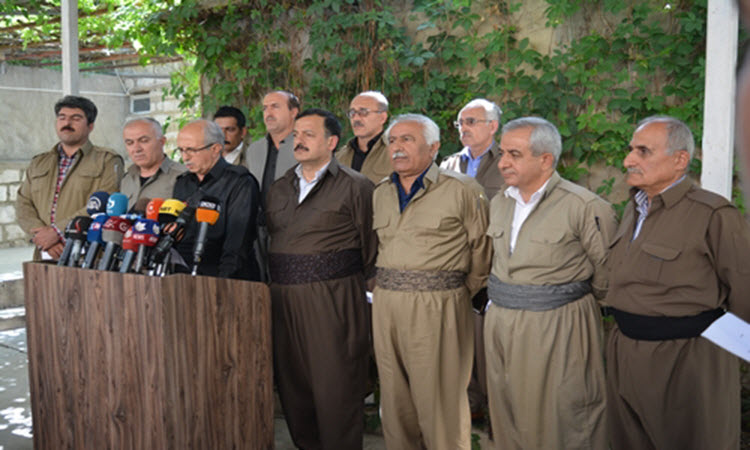 The statement, made on Thursday, said, “We call on all the people of Eastern Kurdistan (Iran) to boycott the May 19 elections as a consistent reaction to the continued violation of their rights. By not participating in this masquerade, you will deliver a clear message to the world about your will and unity against a regime that continues to violate your human and just rights.”

Rouhani overwhelmingly won the Kurdish votes in the 2013 elections, with promises that included recognition of broader Kurdish cultural and educational rights. However, Rouhani’s administration has been criticized over the past years for what is described as a continuation of state-sponsored discrimination against Kurdish population in the country.

Ibrahim Alizade, Secretary General of the Komele, after reading the statement at a joint press conference in Sulaimani, said, “We think that the boycott will eventually impact the elections given the fact that almost all opposition parties in Iran have also called on their supporters for a boycott.”

Other than Turkey, Iran is home to the second largest population of Kurds. Nearly 10 million Kurds live in the western and northwestern parts of the country. The governorates of West Azerbaijan, Kurdistan, Kermanshah and Ilam are the four largest provinces with predominantly Kurdish inhabitants.

Track Persia, a Platform run by analysts dedicated to researching the Middle East, said in an article that, “Kermanshah province, with a population of 1 million, has repeatedly topped the list of the least developed provinces in the country, according government data.”