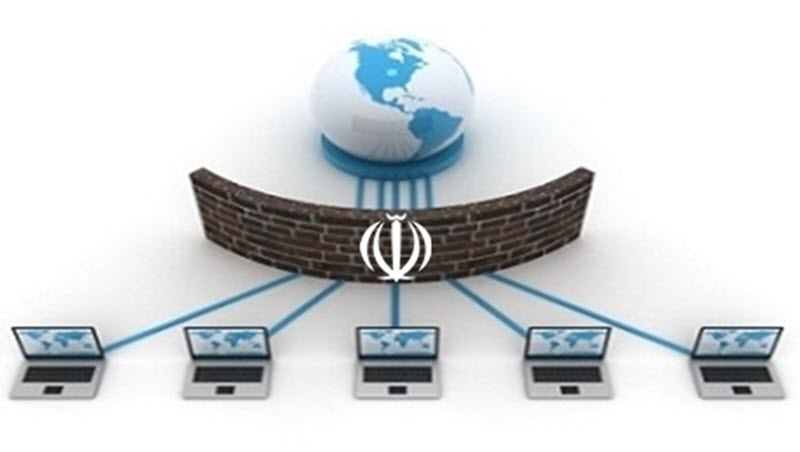 This response is presumably far different from what the administration of Iranian President Hassan Rouhani hoped to encounter. Rouhani was elected in 2013 and reelected in 2017 on promises of loosening some of the restrictions on Iranian society, especially by altering Iran’s status as one of the most heavily censored countries in the world, with some of the most restrictive access to the internet. Contrary to those campaign promises, Iranian authorities have continued to enforce existing restrictions while putting forward proposals for more of the same.

Last week, it was reported that Alaeddin Boroujerdi, the chairman of the Iranian parliament’s committee on national security and foreign policy, had announced that the decision had been made “at the highest levels” to permanently ban the popular Telegram instant messaging app, which is used by an estimated 40 million Iranians and was blamed for significantly contributing to the rapid spread of anti-government protests in December and January.

On Sunday, the National Council of Resistance of Iran reported upon that prospective ban and suggested that the proposal had confronted the clerical regime with a sort of catch-22. A nationwide ban on Twitter was previously implemented after the weeks-long Green Movement protests in 2009, so a ban on Telegram would be typical of the regime’s response to public unrest. But the NCRI highlighted evidence that authorities were backing down from announcement of that ban, likely because the public reaction threatened to spur still more unrest.

Also of issue in Tehran’s decision-making on this issue is the knowledge that the young and tech-savvy population routinely circumvents the ban on Twitter and would likely do the same with Telegram. In the interest of discouraging this, Iranian officials floated the idea of promoting domestic alternatives to the existing service, but this proposal met with a predictably chilly response, largely because of the inherent insecurity of apps that are created or supported by the regime.

The controversy over those domestic alternatives was repeated in the context of the offer of “uncensored” internet to those journalists who first submitted identifying information to the Ministry of Culture. As one journalist explained in remarks to CHRI: “Even ordinary people have an issue with domestic messengers and don’t have much trust in them, so if someone is in the journalism profession with a lot more complicated issues and connections than other people and has no job security, she/he will certainly not use an internet line that can be easily monitored.”

To the extent that this easily monitored internet was intended as a display of diminished censorship, it underscores the lack of seriousness within the Rouhani administration when it comes to opposing hardline pressures. The NCRI noted that it was all but necessary for Rouhani to oppose the would-be ban on Telegram, in light of his campaign platform. But this is not to say that he would have opposed the pressure for adoption of domestic alternatives in the event that they had gained any traction among the public.

In other areas of public debate, such as the continued detention of Green Movement leaders and other political prisoners, Rouhani has quickly drawn back from the progressive promises associated with his campaign, deferring to hardline institutions such as the purportedly independent judiciary. With regard to issues of cyberspace, the NCRI notes that Supreme Council of Cyberspace held no meetings in the midst of the debate over Telegram’s future, thereby providing Rouhani with plausible deniability in the aftermath of the dubious announcement that it would be blocked.

By means such as this, the president has kept himself relatively distant from matters of domestic policy even as those matters face increasingly hardline pressures. Since he took office, those pressures have already resulted in expansions of gender segregation throughout much of Iranian society, empowerment of the basij militia to enforce mandatory veiling and other religious laws, and recurrent crackdowns on persons with supposed ties to foreign entities or sympathies for foreign lifestyles.

At various times during the past few years, those hardline pressures have been evident in the public statements of high-ranking clerics. And on Sunday, Iran Human Rights Monitor highlighted one such statement, by Hassan Mosleh, the Friday prayer leader for the town of Borozjan. In the sermon, delivered locally and published in at least one newspaper, Mosleh took aim at music, reiterating and expanding on religious criticisms that have resulted in numerous concerts being cancelled even after receiving initial approval from the Ministry of Culture.

Mosleh blamed non-religious music for a laundry list of personal and social ills, including hypertension, hearing problems, blindness, insanity, and simply “sudden death”. And while such over-the-top statements are amusing on their surface, they are also representative of the tremendous mismatch between the sorts of opinions that are criminalized and given public outlet even under the current censorship laws.

The other side of this double standard is illustrated by the various prison terms and even death sentences meted out in recent years for the expression of opinions deemed insulting to Islam or to Supreme Leader Ali Khamenei. The Iran Human Rights website recalled attention to one such case on Monday, reporting that Tehran resident Sina Dehghan had recently appealed his death sentence on the charge of “insulting the prophet”.

The charges, which also resulted in a death sentence for co-defendant Mohammad Nouri and a multi-year sentence for Sahar Elyasi, stemmed from content shared in 2015 on the Line messenger app. As well as showcasing the government’s willingness to execute Iranians for their opinions, the case speaks to the roots of popular backlash against that same government’s proposal to shift online activities away from the comparatively secure Telegram and toward domestic apps or even a domestically isolated internet.