Iran’s minister of Health Saeed Namaki is one of the most misfortunate ministers of Iran’s government. Because at the time of his ministry the world encountered the coronavirus pandemic. Namaki who always attempted to present himself as a scientific and academic figure, in the crisis of the coronavirus revealed another image on himself. As an example, we will look at one of the claims of this minister.

He announced on February 11, 2021, “We give the Iranian people this surprise that in the next two to three months, we will become one of the major poles of coronavirus vaccine in the region and one of the most important exporters of this vaccine.”

“In the Barkat institute we are witnessing a big event. In reviewed studies, the results of the effects of the Iranian vaccine on English coronavirus are astonishing. This vaccine is prepared early or mid-spring of 2021,” he added.

When the minister of health of a country in a formal press interview makes such claims, it should be assumed that there are elements of reality in his speeches. However, when he says 2-3 months or when he says early spring everyone is sure that he is aware about the time he is speaking about and takes responsibility of it, but in this regime experience shows something else.

Iran at the bottom of the global vaccination table

It is March 29, 2021. We still did not reach those points that he claimed. And it is now early spring. What is the current state of vaccination in Iran? 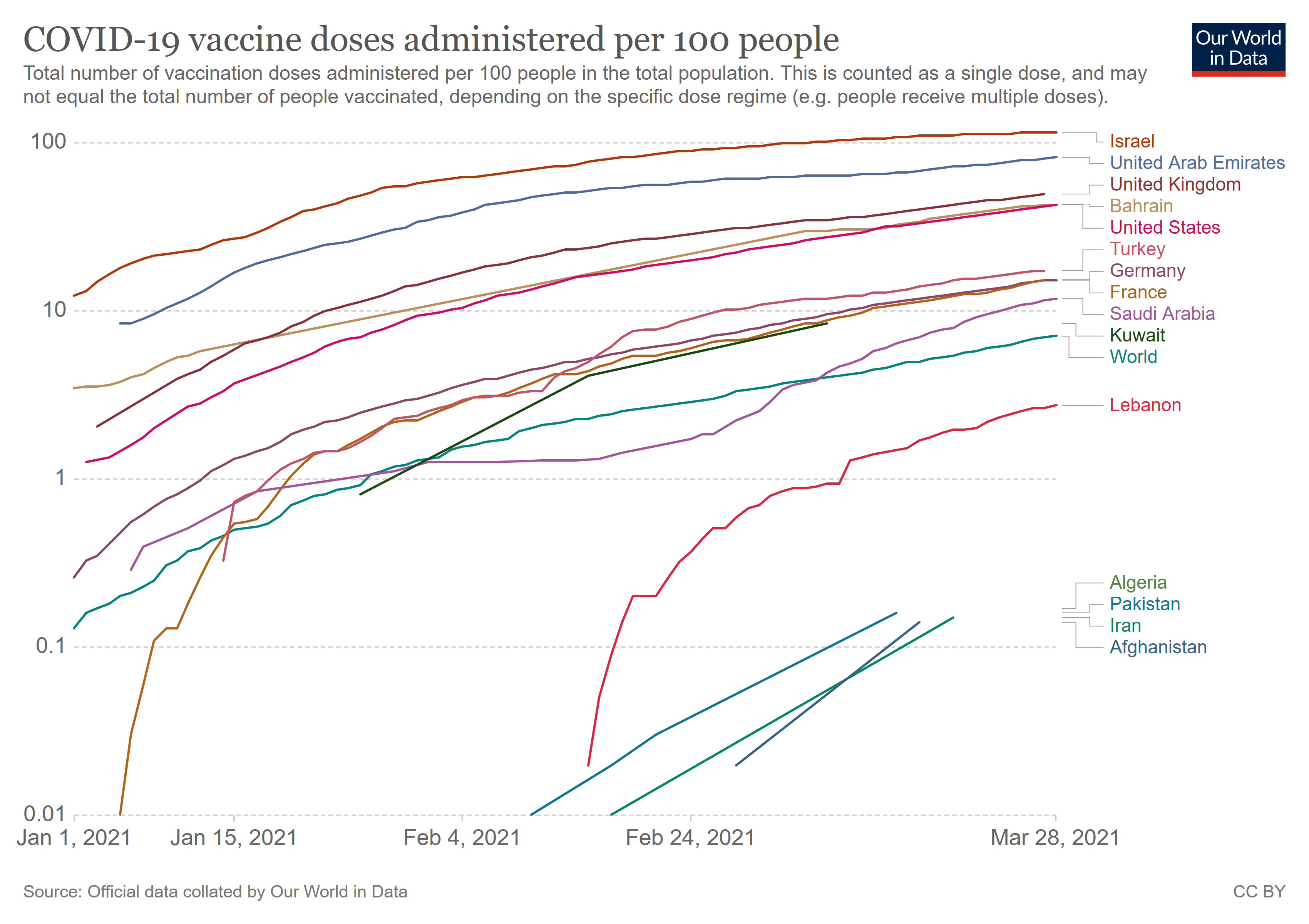 The country which was supposed to become the vaccination pole of the region and exporter of the vaccine is now begging for the import of the Indian vaccine. It is also testing an unconfirmed Cuban vaccine on the poor municipal workers.

Therefore, the reason for these worthless speeches of the regime’s health minister is nothing but that this regime is based on lies and deception. The regime’s president Hassan Rouhani has practically legitimized such lies as “Hope Therapy”. Thus, his minister of health too has become addicted to lying. Lying is the nature of such a criminal system.