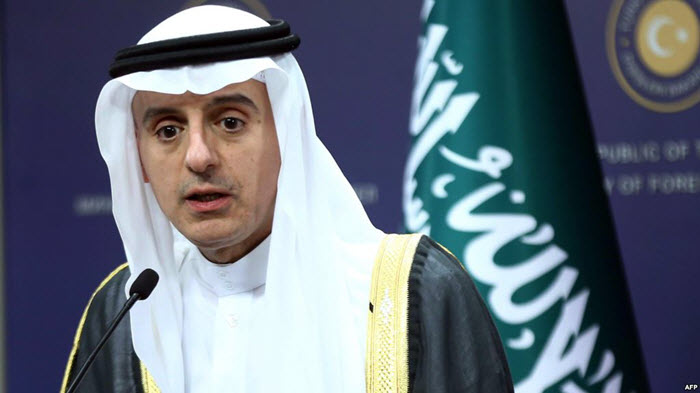 Ronald Reagan was fond of quoting John Adams, who famously said: “Facts are stubborn things.” So when Iranian Foreign Minister Javad Zarif made public pronouncements about fighting extremism, the facts show that his comments are ironic at best and little more than insincere propaganda.

The fact is that Iran is the leading state-sponsor of terrorism, with government officials directly responsible for numerous terrorist attacks since 1979. These include suicide bombings of the U.S. Embassy in Beirut and the Marine barracks at Beirut International Airport; the bombing of Khobar Towers in Saudi Arabia in 1996; attacks against more than a dozen embassies in Iran, including those of Britain, the U.S. and Saudi Arabia; and the assassination of diplomats around the world, to name a few examples.

Nor can one get around the fact that Iran uses terrorism to advance its aggressive policies. Iran cannot talk about fighting extremism while its leaders, Quds Force and Revolutionary Guard continue to fund, train, arm and facilitate acts of terrorism.

If Iran wants to demonstrate sincerity in contributing to the global war on terrorism, it could have begun by handing over al Qaeda leaders who have enjoyed sanctuary in Iran. These have included Osama bin Laden’s son, Saad, and al Qaeda’s chief of operations, Saif al-Adel, along with numerous other operatives guilty of attacks against Saudi Arabia, the U.S. and other targets. It is a fact that Saif al-Adel placed a call from Iran in May 2003 giving orders for the Riyadh bombings that claimed more than 30 lives, including eight Americans. Yet he still benefits from Iranian protection.

Iran could also stop funding terrorist organizations, including Hezbollah, whose secretary-general recently boasted that his organization gets 100% of its funding from Iran. Iran could stop producing and distributing improvised explosive devices, or IEDs, which have killed or injured thousands of U.S. troops in Iraq and Afghanistan. And Iran could halt supplying weapons to terrorists and sectarian militias in the region who seek to replace legitimate governments with Iranian puppets.

In Syria, the blood of the more than 500,000 people slaughtered by the regime of Bashar al-Assad stains the hands of Iran, which sent forces—both regular troops and nonstate actors—to prop up the Syrian regime. Iranian leaders have said publicly that if not for their efforts, Assad would have fallen from power.

Iranian officials sometimes lament sectarian strife and violence. But here again, the facts are stubborn. The region and the world were at peace with Iran until the Ayatollah Khomeini’s 1979 Islamic revolution, whose principal slogan remains, “Death to America!” Mullahs seized power and vowed—as written in their constitution—to export the revolution and spread their ideology through religious and sectarian conflict.

To export the revolution, Iran set up so-called Cultural Centers of the Revolutionary Guard in many countries, including Sudan, Nigeria, Syria, Lebanon, Yemen and the Comoros Islands. The aim was to spread their ideology through propaganda and violence. Iran went so far as to propagate that the Shiite Muslims living outside Iran belong to Iran and not the countries of which they are citizens. This is unacceptable interference in other countries and should be rejected by all nations.

It is this ideology of “Khomeinism”—driven by an appetite for expansion, fueled by anti-Western hatred and motivated by sectarianism—that has energized and empowered extremism. Only by ridding the world of this toxic and radical mind-set can sectarianism be contained, terrorism defeated and calm restored to the region. If Iran is serious about combating extremism, then it should refrain from policies and actions that give rise to extremism.

Since signing the nuclear deal with the U.S. last year, Iranian leaders have taken to pointing fingers at others to assign blame for the regional problems that they helped create. But before buying into their rhetoric, consider a few questions: Which country issues a fatwa for the execution of author Salman Rushdie, a death threat that is still in force today? (Iran.) What country has attacked more than a dozen embassies inside its own territory in violation of all international laws? (Iran.) What country managed, planned and executed the 1996 attack in Khobar Towers against the American Marines? (Iran.) Do these answers describe a country that is serious about combating terrorism and extremism?

The rest of the Islamic world has unanimously condemned Iran’s behavior. In Istanbul in April, the Organization of Islamic Cooperation formally rejected and deplored Iran’s policies of sectarianism, interference in the affairs of others and support for terrorism.

Saudi Arabia is a leader in the war against terrorism. My country brought the world together for an international conference in 2005 to align nations in the fight against terrorism. The kingdom contributed more than $100 million to create a global center for counterterrorism at the United Nations and established a 40-member Islamic Military Coalition to combat terrorism and extremism. It also is a member of the U.S.-led Global Coalition to Counter ISIL and is part of the coalition’s continuing military operations.

The kingdom has also foiled several attacks aimed at the U.S., and its leaders have been a target of suicide terror attacks. The kingdom’s record is clear, and attested to by our allies and the international community.

Iran’s record is one of death and destruction, as the situation in Syria and parts of Iraq clearly attests. Words will not change that; concrete action will.

Saudi Arabia’s position has remained constant with regard to Iran. The kingdom would welcome better relations with Iran, based on the principles of good neighborliness and noninterference in the affairs of others. That means Iran has to abandon its subversive and hostile activities and stop its support for terrorism. Thus far, Iran’s record has not been encouraging.