Researchers at the Oxford Internet Institute recently examined Arabic Twitter accounts linked to the Iranian government and found that they engaged in synchronized “manipulation and misinformation” campaigns against several Arab states, including Saudi Arabia. Their report even found that Iranian interference in Arab countries became more obvious after the Arab Spring of 2011.

While not explicitly stated by the researchers, this interference was likely Iran trying to take advantage of power vacuums across the Middle East to create their Shiite Crescent. This is yet another example of Iran relying on soft power, such as the use of social media, to make up for its lack of hard power or military might.

Now, it would be difficult for Arab people to detect these fake accounts because the Iranian Regime used false names and locations, in order to pretend to be based in Arab countries, and was communicating in fluent Arabic. It also makes it harder for news organizations to provide accurate coverage about social, political and cultural landscapes in the region because the views they share may not be the opinions of an actual Arab person.

And, of course, Twitter is not the only site that the Regime uses to do this. The Atlantic Council’s Digital Forensic Research Lab found that Iranian Regime-linked Facebook accounts were designed to increase views “in line with the Iranian government’s strategic narratives”.

Why would the Regime do this? The mullahs benefit immensely from intentionally misleading Arab audiences. They can change public opinion in favour of the Regime and the mullahs’ policies and create antagonism toward Arab governments and officials. This helps the Regime get more power.

They can also spread fake news that supports their malign policies, like that the Bashar Assad dictatorship in Syria is legitimate or that Iranian militias are in Syria, Iraq, Lebanon and Yemen for humanitarian purposes or to fight terrorist groups, rather than to take control for themselves.

Dr Majid Rafizadeh wrote: “To counter the Iranian regime’s malignant activities, awareness should be raised among the public regarding the accuracy of the information they view on social media and the role that the Iranian regime’s agents may be playing in distorting the facts and hiding the truth. In addition, it is imperative that the powers in the region cooperate to set up a joint platform, through which they can effectively detect and reverse engineer the Iranian regime’s destructive behaviour.” 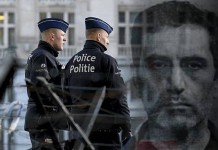