David M. Roeder, who was a young Air Force attache at the embassy when the hostage crisis began, detailed some of the actions that seemed most barbarous to him, in an interview with Voice of America.

“They threatened to kill my handicapped son and send pieces to my wife because I wouldn’t answer questions during interrogation,” Roeder said. “I can probably forgive the Iranians for what they did to me… I can’t forgive them for that…”

On at least one occasion, several individuals were subject to a mock execution, having been awakened in the middle of the night and made to stand in their underwear before a firing squad in the basement of the embassy. The hostages believed that they were about to die up until the moment when the hostage-takers pulled the triggers on their unloaded weapons.

The Iran Hostage Crisis was an early case study in the tactics of brutality and intimidation that would become common practice in the newly established Islamic Republic of Iran. Political prisoners within the country today frequently face the same sort of lengthy solitary confinement and recurrent death threats. 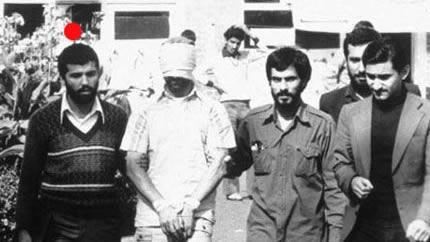 In September one such prisoner, Mohsen Amir Aslani, was executed for religious heresy after having first undergone a series of mock executions in which he was taken to solitary confinement and made to believe that he would be executed the following morning, at which point he was returned to his regular cell.

Reyhaneh Jabbari, who was executed last week for stabbing a man who was attempting to rape her, arguably faced similar treatment, as she was scheduled to be executed earlier in October, taken to solitary confinement, and then returned to her cell without explanation to await death for several more days.

Representatives of the People’s Mojahedin Organization of Iran, the principal Iranian opposition group, have suggested that the 1979 hostage taking served to marginalize the democratic opposition inside Iran and to distract from human rights issues by encouraging focus on the power exhibited by such direct confrontation of the West.

Critics of US policy toward Iran have in turn suggested that the West has only contributed to this project of solidifying Iran’s grip on power, in that it has never responded adequately to that confrontation. Indeed, Voice of America explains that the US government has actively and repeatedly blocked victims of the hostage taking from suing the Iranian government, which was given protection from litigation as part of the agreement for the release of the hostages in January 1981.

Several other news outlets have reported on this year’s anniversary by emphasizing that it is marked with celebration in Iran, signifying that even in spite of recent outreach to the West under the presidency of Hassan Rouhani, the Iranian regime’s confrontation with the US remains a central point of pride and a guiding force in current policy.

One of the victims of the hostage taking, Kevin Hermering, who was a Marine guard at the embassy in 1979, says that even apart from its block on attempted lawsuits, the US government has not matched Iran’s bellicose attitude when setting its own foreign policy.

“All of the [U.S.] administrations for the last 35 years have represented the interests of Iran over the interests of Americans,” Hermening told Voice of America. “Iran has never paid a price in dollars or in blood for having violated every tenet of international law.”

Hermering specifically criticized the ongoing negotiations over Iran’s nuclear program, which he describes as a “farce” that “opens old wounds.” Other critics of those talks have noted that they ignore Iran’s terrible human rights record in the interest of narrowly focusing on its uranium enrichment and on sanctions relief. Many have urged the Obama administration to make greater efforts to secure the release of American citizens imprisoned in Iran today, including Christian pastor Saeed Abedini and Washington Post correspondent Jason Rezaian.

The former arrest was related to Abedini’s support for Christian house churches in Iran and the latter has been described as a message by conservative elements in Iran, using Rezaian as a scapegoat to reaffirm a hardline stance against the West. Both of these cases are parts of trends that began with the Iran Hostage Crisis, which was certainly the first and most direct confrontation between the US and the Islamic Republic, and which has also been described as the US’s first major encounter with political Islam.

This may inform the attitudes of some of the harshest Iran critics, who regard the state and its apparent nuclear aspirations as the greatest danger to stability in the Middle East, even when compared to the Islamic State of Iraq and Syria, which has dominated headlines regarding Islamic extremism for the past several months.

Indeed, National Council of Resistance of Iran President Maryam Rajavi recently referred to Iran as the “godfather of ISIS,” both in the sense that Iran’s Shiite sectarianism helped to create fertile ground for a Sunni alternative and in the sense that Iran is the originator of a modern vision of Islamic theocracy. Rajavi and other Iran critics emphasize that Iran uses repressive tactics that are similar to those of ISIS, but better organized under government structures.

Those structures largely date back to the Iran Hostage Crisis, many of the participants of which went on to have successful careers in Iranian government, which persist to this day. No doubt many of them proudly participated in Tuesday on the latest celebrations of that incident 35 years ago that established Iran as an adversary to American interests and a violator of international values of human rights.