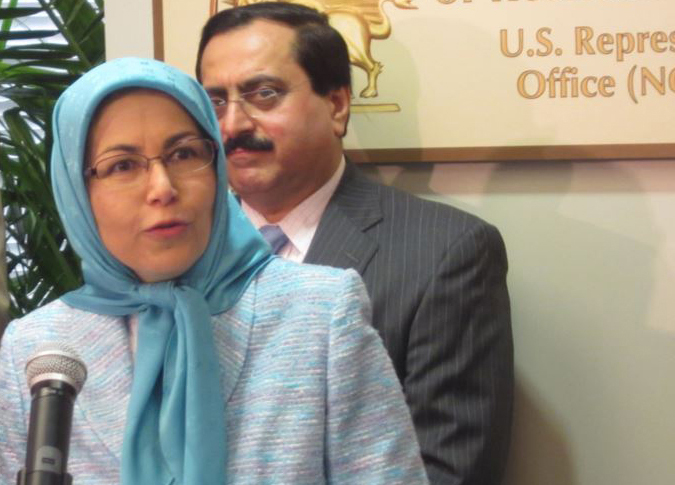 Soona Samsami, the Washington-based representative for the resistance, declared the case against Hamid Aboutalebi, who is also accused of holding American diplomats hostage in 1979, is “well established.”

“Under no circumstances should a hostage-taker and a terror-master be admitted to the United States, let alone to the United Nations,” Samsami told Inside Embassy Row.

Italian police concluded that the March 16, 1993 e assassination of Mohammad-hossein Naghdi was a “political” killing directed by “Iranian government circles.” The police added that the murder was part of a broader “framework” by the brutal, theocratic regime in Tehran to target its critics.

Naghdi had served as a diplomat for the Iranian regime but defected to the resistance in 1982 to “protest the executions, tortures and massacres” by the regime, the Paris-based National Council of Resistance of Iran said Thursday.

In Washington, Samsami added, “Hamid Abutalebi’s role in the 1993 assassination of the Iranian Resistance’s representative in Italy, Mr. Mohammad Hossein Naghdi, is well established. As such, he should face the International Criminal Court instead of being received at the United Nations.”

“Abutalebi’s nomination makes it palpably clear that the notion of Hassan Rouhani’s being moderate is a farce,” she said, referring to Western press reports that portrayed the Iranian president as a reformer.

Iran’s appointment of Aboutalebi to serve at the United Nations puts pressure on the Obama administration, which must decide whether to issue him a visa to serve at the New York-based world body.

A State Department spokeswoman on Wednesday denounced Aboutalebi for his role in the 1979 assault on the U.S. Embassy in Tehran. Islamic radicals held 52 Americans for 444 days.

However, she also noted that the United States, as the host country for the United Nations,  has a responsibility to issue visas to foreign diplomats assigned there.