The Iranian government is known as a misogynist regime. From the beginning of its theocratic rule, the main victims of its cruel rule have been the women repressed by fundamental laws and policies. Expelling them from all the main social agendas and positions because in the eyes of the mullahs they are just second-class people.

The nature of Iran’s cabinet and the vacancy of women is an obvious disregard of half of the country’s population without considering their inalienable human and social rights.

President Ebrahim Raisi’s proposed cabinet was introduced without the presence of any women. On the other hand, the task of women in the vice-presidencies has not been determined yet, and some predict that women will not have much of a place in the new cabinet structure.

Even assuming that women from the far-right fundamentalist spectrum were elected to the vice presidency, it at least indicated that there was a belief in the presence of women in senior management in the new government, and that respect, dignity, and meaning for women were present is considered in these levels. But the regime this time could not even tolerate women from its class who are loyal to the regime’s principles.

It is interesting that even in Mahmoud Ahmadinejad’s government, a woman entered the cabinet, who, of course, was removed from the cabinet in the worst possible way with the slightest problem, but in the Raisi cabinet, we do not see a single woman.

Certainly, if women were appointed, they should have been like-minded and not come to defend women’s rights in all areas in the way the world advocate, that is, they were unlikely to do so.

They did not even want to put a female minister in the cabinet, this kind of move has its implication, this behavior in the composition of the cabinet indicates that they do not accept the presence of women in key positions and do not care about it at all. And this was not fitting for a government whose president falsely claims that “I am the president of all people.”

This indicates that this government is working just for the supreme leader’s interests. The question is whether women do not make up half of Iran’s population. This kind of cabinet formation is, in fact, a kind of disregard for the efforts of more than 40 years of half of the country’s population to achieve their minimum inalienable human and social rights. Even in this subject, they don’t want to save their faces.

With such a formation of government Iran’s women will face fierce rules and more attacks and repression. Just remember a series of acid attacks on women in the Iranian city of Isfahan starting sometime around October 2014, where eight women were seriously injured.

Or on July 12, when four female models were arrested in Mahabad who appeared in a drapery shop’s opening ceremony. And the latest fact was two women in Urmia who were accused by a driver of not having proper attire were run over by him. 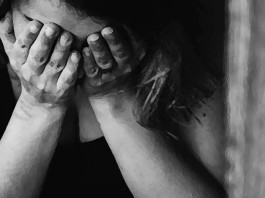 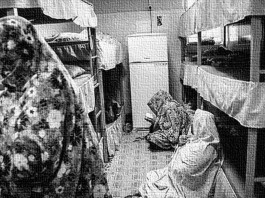 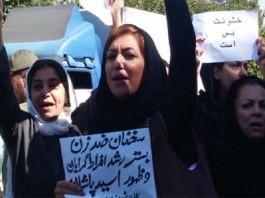 Honor Killings of Young Women in Iran Going Unpunished Due to...