From the supreme leader to the Iranian president to many other state and military officials, Iran’s leaders are expressing their fear about this truth that the Iran protests, that erupted in November, can happen again and will have a heavier blow on the entire regime. In fear, they are crying that they could stifle the protests and arrest the leaders of the protests so that everything would be over. 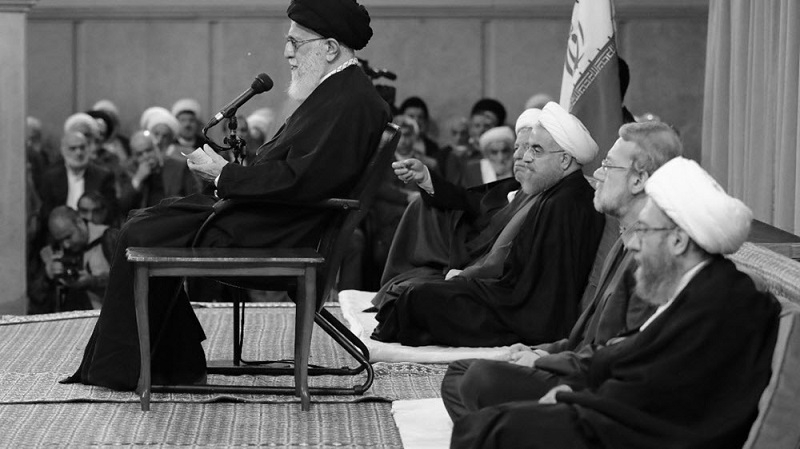 The common expression of all the officials is of alarm about the “second phase of the uprising”.

It seems that the sedition of 2019 was the first phase of the unrest, and the second phase is likely to be operational on one of the occasions ahead…

The counter-revolutionaries had once again made an ambush, taking advantage of the neglect and made a camisado. This camisado has several reasons that could point to a miscalculation, insignificance to infiltrators and a few other factors. But the second phase of the 2019 sedition is probably on the way.

Mostafa Pourmohammadi, a top advisor to the head of the Iranian judiciary, is implicated in the 1988 massacre of Iranian prisoners. Pourmohammadi, who is hated by the people, expressed his fear about the second phase and confessed:

“These successive seditions have been in the past and will intensify in the future… We must gain experience, and learn and in the future, decisions will not take place without an attachment of justification, political, propaganda and security, and all channels of action must be ready to execute a decision.”

The radicalization of the protests is a nightmare that officials fear is close. Despite the unprecedented atrocity of the security forces in killing more than 1000 protesters and arresting over 12,000, they have not managed to stop the angry people, and many security forces and places were attacked.

On this matter, the state-run telegram channel Khabar Fori spoke about this reality and wrote: “A new force that is organized has been created. We pushed too much the community to move towards radical armed action. There has been a lot of effort in this country, and wrong policies, and this has led especially our youth and women to angry actions.”

One should not imagine that expressions like “Formation of Organization”, “second phase of the uprising”, and “it will be intensified”, and warning about “a radical armed action” are expressions that are chosen accidentally by the Iranian officials. These are the normal reactions of the angry of the people to forty years of oppression and dictatorship.

State-run media Ebtekar wrote on 11 December: This situation is happening because of “many unheard voices of people who lost something”, like “life, wealth, talent and….” and the situation has reached a point that “causes mistrust”.

A government expert at the state-run website Arman Meli admits the reality of this situation: “These policies will sink us into the swamp that we are now captive in, so we should expect bigger explosions in the future”.

But the reality is that the government has no way out of this situation. Mohammad Bagher Qalibaf, a Revolutionary Guards commander and former mayor of Tehran, said: “At times nothing can be done. The conditions become so severe that sometimes we cannot defend the Islamic system (regime).” (Resalat, 11 December 2019)