The protests were because of the Iranian regime’s continued refusal to address their basic demands including over poor conditions of livelihood and unpaid wages.

On 23 June, the workers of the Chahar Gonbad copper mine from the Bolourd section of Sirjan, which is a subset of the Foulad Pension Fund, protested in front of the workers’ office of the Sirjan county. They protested over two months of unpaid wages and the incomplete implementation of the classification of the jobs plan and other demands. 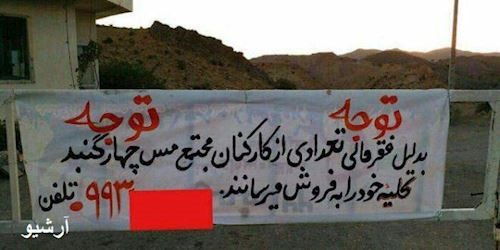 Written on the placard: Some workers sell their kidneys due to poverty. 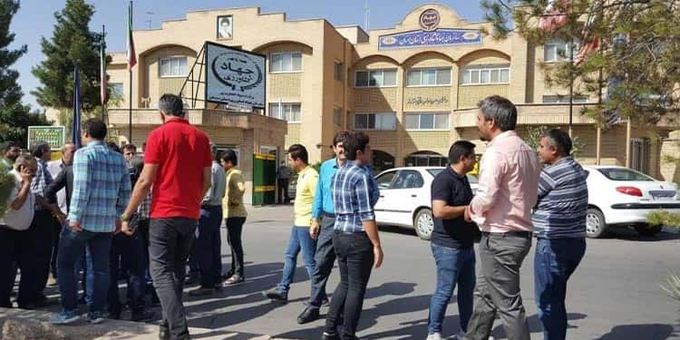 For the eleventh consecutive day on 25 June, the workers of Haft Tapeh Sugarcane company continued their strike and held their protest in front of the company’s management office on the company’s site.

On the same day, the workers of the Asaluyeh’s number 19 oil refinery protested the Contractor’s negligence regarding their livelihood demands and their basic rights.

The protest and strike of the Asaluyeh and Haft Tapeh workers had the following demands: 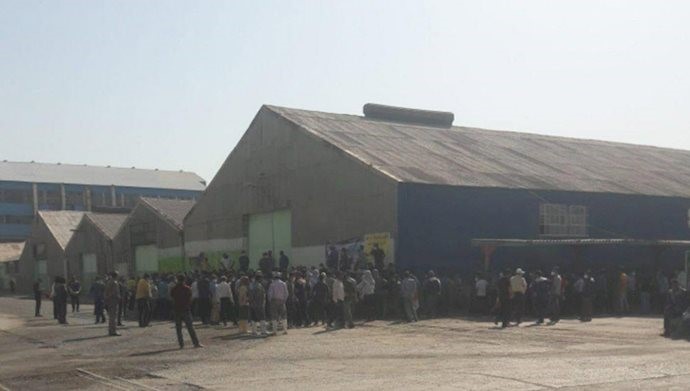 Retirees of Isfahan Steel gathered in front of the regime’s judiciary on 27 June to protest inefficient treatment, non-compliance, and the deplorable state of the pension fund, and non-payment of claims since 2012 despite promises made by the association’s managers. 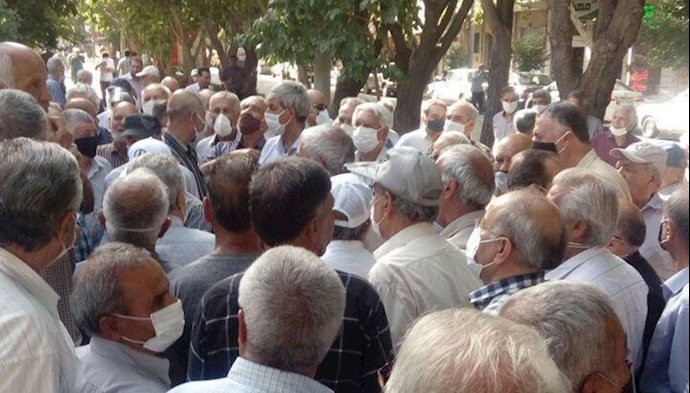 Rally of the Isfahan steel retirees

In Ahvaz, residents of the village of Om al-Atmir blocked the old Ahvaz-Khorramshahr road due to problems caused by frequent water cuts, unemployment, lack of facilities and services, and frequent power outages in the village.

According to the state-run Mehr news agency’s reporter, the residents of the Om al-Atmir village of Ahvaz are facing a long water shortage and frequent cuts, so they asked for their demands by blocking the old Ahvaz-Khorramshahr road. By cutting down some trees and burning them on the street they blocked the traffic. 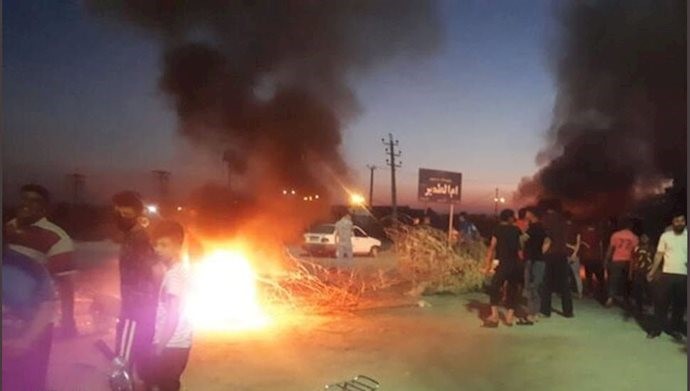 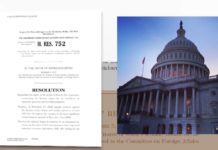 US Congress Passes Resolution in Support of Iran Protests

The People’s Mojahedin Organization of Iran (PMOI/MEK) have recently reported on some major strikes by employees of Iran’s oil, gas and petrochemical industry.

In a previous article, we spoke about recent protests by supporters of the People’s Mojahedin Organization of Iran (PMOI/MEK) and defiant youth.

Protests have been reported across Iran in the past few days, despite the coronavirus pandemic there, mainly as a result of the regime’s failure to support people and small businesses as a snap recession rocked the country because of the outbreak.