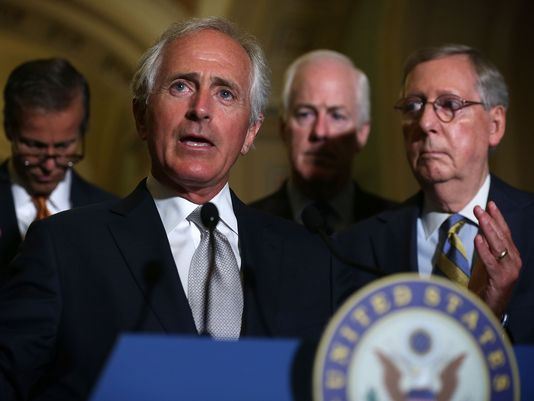 Even if the deal were to be voted down by both chambers of Congress, it would be vetoed by the president, who has enough support from Democrats to sustain that veto in the House and in the Senate. Nevertheless, Republicans remain as committed to symbolic expressions of dissent as President Obama is to stymying those efforts.

An editorial published in HotAir on Wednesday expressed surprise at the extent to which congressional Democrats appear to be willing to support the president’s filibuster strategy while resisting a range of Republican strategies to merely demonstrate to outside observers that the US government is divided on the topic of the deal.

This is arguably made more confusing by the fact that the same divided opinion in evident in polls of the American public. The Washington Post reported on Wednesday that virtually every study of public opinion shows a clear downward trend in attitudes about the deal. Many polls also broaden their line of questioning and find that a majority of Americans disapprove of President Obama’s handling of Iran policy overall.

There is a clear partisan divide in these numbers, with two-thirds of Democrats embracing the deal, compared to half of Independents, and 30 percent of Republicans. Nevertheless, a CNN poll this week revealed that majorities of all parties support a military response in the event that Iran breaks its agreements under the nuclear deal – something that an overall majority believes is likely to occur.

Given the general lack of popularity for the deal, Hot Air anticipates negative political consequences for Democrats who oppose an up-or-down vote, as well as other measures that are being introduced by the Republican leadership. The editorial notes that even some active defenders of the nuclear agreement feel that a vote on the resolution of disapproval is important to the process. And yet within the Senate, the filibuster rules are being employed with such commitment that some Republicans are considering the so-called “nuclear option” of altering those rules.

In the meantime, however, Senate Majority Leader Mitch McConnell is currently attempting to force Democrats to support an alternative method for contravening the deal and compensating for some of its perceived weaknesses. A procedural vote is scheduled for Thursday on renewing the Iran sanctions bill for another ten years. Currently, the president is empowered to suspend some sanctions, even once renewed, and he will use this to help implement the nuclear agreement in absence of congressional removal of those sanctions. But McConnell plans to attach amendments to Thursday’s vote which would bar the president from such a suspension unless two conditions are met by the Iranian regime: recognition of Israel’s right to exist and the release of four imprisoned Americans.

Obama has been widely criticized, including by some Democrats, for failing to make the release of those Americans captives a condition for any nuclear agreement. Hot Air describes this “neglect” as “indefensible,” while another editorial in Red Alert Politics notes that the detention of Jason Rezaian, Amir Hekmati, and Pastor Saeed Abedini, together with the disappearance of former FBI agent Robert Levinson, is sufficient proof of Iran’s systematic violation of human rights.

More such proof is easy to come by, especially as the current session of the United Nations Human Rights Council encourages Iranian dissident groups and general human rights activists to attempt to bring renewed attention to the Iranian regime’s systematic violations of human rights. In fact, a press conference took place on Wednesday at the National Press Club in Washington D.C. which was focused on the notion that Iran’s human rights situation has gone largely ignored. The conference featured Rev. Majed El Shafie, the founder of One Free World International and himself a victim of human rights abuses.

This came one day after Ali Rezaian, the brother of the imprisoned Washington Post correspondent, appeared before a working group on arbitrary detention at the UNHCR meeting in Geneva, in order to appeal for action on his brother’s case. He indicated that chronic mistreatment and arbitrary delays in his espionage case have taken a toll on Jason Rezaian’s physical and mental health. He has reportedly lost 50 pounds and suffered a variety of untreated infections, in keeping with the Iranian judiciary’s established practice of denying medical treatment to some prisoners, especially political prisoners.

Opponents of the nuclear deal worry that such human rights abuses will only grow worse once Iran has access to as much as 150 billion additional dollars as a direct result of the agreement. McConnell and his supporters are apparently hopeful that by exposing these issues, they will make it much more difficult for Democrats to support a filibuster to block the extension and alteration of the Iran Sanctions Act.

If the strategy works, some Republicans including Senate Foreign Relations Committee Chairman Bob Corker will reportedly push for focusing on the extension instead of the resolution of disapproval as a means of constraining the implementation of the nuclear agreement.