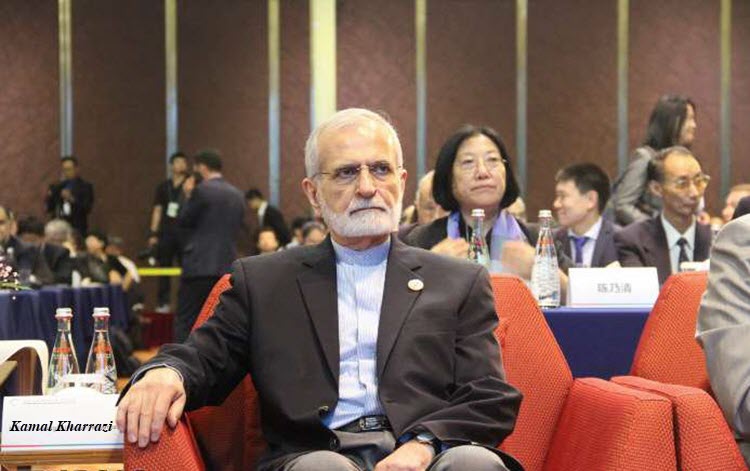 The Iranian regime is at an extremely low point. In the days before the grand gathering, Foreign Minister of Iran Javad Zarif went to Paris to try to stop the event from taking place. He was unable to manage this.

Not long later, Supreme Leader Khamenei sent his adviser Kamal Kharrazi to the French capital to declare that the MEK/PMOI is a “terrorist group” that has been involved in the murder of “thousands of ordinary citizens in Iran”. This is clearly an attempt to smear the MEK/PMOI’s solid reputation and to counter the increasing amount of support it is getting.

Kharrazi has been involved in activities that aim to badmouth the MEK/PMOI in the past. There was an alarming criminal conspiracy against the Resistance and the MEK/PMOI that resulted in the June 17, 2003 dossier that was a failure for the Iranian regime and its co-conspirators. The file was closed by the French authorities and the MEK/PMOI’s reputation was enhanced as a result.

The MEK/PMOI has been calling for the Islamic Revolutionary Guard Corps (IRGC) to be designated a foreign terror organisation. In retaliation, the Iranian regime has been fabricating files to use against the MEK/PMOI so that French authorities will change their opinion. Many other fabrications have taken place over the past ten years. It is the regime’s attempt to wage psychological warfare against the MEK/PMOI.

In 2005, it was revealed by a French lawyer that the Iranian regime wanted to blame the MEK/PMOI for the Halabja chemical attack that killed and injured thousands of Kurds at the end of the Iran-Iraq war. The regime was allegedly prepared to pay $100 million so the MEK/PMOI was implicated.

The Iranian regime, despite numerous attacks on the MEK/PMOI, has been unable to keep it down. The 1988 massacre which resulted in the death of more than 30,000 MEK/PMOI members and other such atrocities, that continue to this day, have not been able to dissuade people from resisting. The people want justice, freedom and democracy and they will not be stopped.

The MEK/PMOI was once listed as a terrorist organisation, but was understandably removed when it was properly understood that it has no terrorist links. However, this does not stop the regime from repeating the nonsense. Numerous officials, time and time again, try to make out like the MEK/PMOI carries out terrorist activities.

The MEK/PMOI is gaining more and more support, and an increasing number of important political figures are speaking out against the Iranian regime. At the recent rally in Paris, Senator Joseph Lieberman highlighted that Raqqa is not the capital of Islamic extremism and terrorism – it is in Tehran with the mullahs’ regime.

It is imperative for the Iranian regime to be held accountable for the crimes against humanity it has committed, but it is even more imperative that Iran sees regime change soon. A democratic alternative, a viable alternative, exists – the MEK/PMOI.