In November 1995, the government executed Fazel Khodadad on charges of embezzlement estimated at 123 billion tomans. Khodadad was the first economic criminal who was executed after the 1979 revolution.

However, his partner Morteza Rafiqdoust, thanks his brother’s influence, escaped from the death penalty and received a life sentence. The commander of the Revolutionary Committee in Saad Abad branch and the brother of the Revolutionary Guards (IRGC)’s founder was finally released from prison after eight years alone. The court later concluded that the sentence was excessive and life in prison was unfair for Rafiqdoust.

In April 1998, Iranian media outlets reported that the Mayor of Tehran Gholamhossein Karbaschi had been arrested on corruption charges. In July 1998, Karbaschi was convicted of corruption and misuse of funds and began serving a two-year sentence in May 1999.

However, in January 2000, Khamenei agreed to decree his amnesty. The former economic criminal is now the General Secretary of Executives of Construction Party.

In 2001, Iran’s society had shocked by the revelation of another corruption case. Shahram Jazayeri, 24, was taken into custody for a long list of criminal activities involving bribery, illegal exports, forgery and massive embezzlement of state money and assets.

He had paid about $15,600,000 to the Iran Supreme leader’s brother Hadi Khamenei, and about $5,800,000 to former Majlis speaker Mehdi Karroubi without requesting anything in return.

In February 2007, Jazayeri escaped thanks to the intervention of several influential clerics who had a vested interest in covering up his scandals.

In September 2011, citing “nervous disease” as the cause, the former CEO of Meli bank Mahmoud Reza Khavari delivered his resignation. A little later, he along with his family fled to Canada and he became renowned as a fugitive embezzler.

The photos of Khavari in shop stores, casinos, restaurants, and his expensive palace in Canada are still circulated in cyberspace and quickly emerge in Google search.

In late 2013, during the era of former president Mahmoud Ahmadinejad, Babak Zanjani was arrested on a charge of withholding $7 billion of Iran’s oil revenue.

He was supposedly involved in helping the government bypass international sanctions. In the interim, he had made a fortune for himself. “My crime is circumventing the sanctions,” Zanjani said in his legal defense at the court.

Apart from individuals, there’s not one sector that has remained untouched by the impact of systemic corruption in Iran. In this context, the government apparatuses have formed many corruptions under the pretext of “financial and credit institutions.”

Over recent years, many corruption cases have been revealed regarding these institutions that have firm ties with powerful organs in the government such as the IRGC. The Cultural Cooperative Fund, Sarmayeh [capital] bank, and Caspian credit institutions are the most famous corporations, which have recorded mind-blowing figures in plundering.

Regardless of corrupt individuals and corporations, the annual turnover of smuggling commodities in Iran reaches about $25 billion. This figure was previously announced by the staff of the counter-smuggling of goods and currencies. This amount is almost equal to 300 trillion tomans.

Last November, President Hassan Rouhani declared that the total budget of Iran is around 450 trillion tomans, which means the value of smuggling commodity is equivalent to two-thirds of the country’s general budget.

Iran’s Tax Affairs Organization estimated the tax evasion between 30-40 trillion tomans. It is worth reminding that this amount is about half of the budget for treatment and health.

However, the population of Iranian people is only 80 million. He expressed his concerns about this alarming number of bank accounts, which have created a huge capacity for corruption. More than four-fifth of these accounts called “rental,” which are used for turnover by fraudsters.

These days, the dimension of financial corruption by rental accounts has extended to online fraud. Official sources announced that more than 70 percent of cybercrimes consist of online fraud of band accounts, which has caused distrust among the people and disrupted online purchases.

Iran’s cybersecurity forces declared that the interception of online fraud is too difficult due to fraudsters’ usage of rental accounts. Notably, most complainants cannot get back their assets.

FATF opponents are concerned about their own interests

In such circumstances, Iranian politicians are arguing about the most essential means of countering corruption. In the 1980s, the hazardous spread of money laundering in the world prompted the international community to join efforts to counter dirty money transfers.

Eventually, in 1989, the world established an intergovernmental organization in this respect, which is known as the Financial Action Task Force (FATF).

Today, most countries have either joined the FATF or are implicitly abiding by its rules. This organization consists of 37 fixed members that are mostly developed countries.

In addition, the Gulf Cooperation Council and the European Union are considered FATF fixed members. Only Iran and North Korea haven’t joined this global organization so far.

FATF opponents in the Iranian regime argue that joining the body will prevent the country from bypassing sanctions. On the other hand, proponents reason that those are not passionate about the transparent economy and have interests in non-transparent transactions object to joining the FATF.

Iran’s accession to this financial institution will shed light on all deposits and withdrawals in its banking network. This organization will quickly identify and block all suspicious banking transactions, which will create a huge disadvantage for several parties.

The Head of Foreign Investment Center of Tehran Chamber of Commerce Ferial Mostofi said that joining the FATF would accompany many impacts on removing smuggling and money laundering in the country.

She underlined that transparency in the banking system will cause a reduction in financial corruption. “This financial institution became important among the world’s banks after the 9/11 event and all financial systems around the world reached a certain standard. Joining these bills is now a requirement for all nations’ banking systems.

“Adoption of these standards is essential for the financial system of any country to be able to interact with [foreign] financial systems and banks. Therefore, joining these bills is also a must for our country, especially in the current situation. Otherwise, we would not be able to have interactions with other countries in the world and Iranians’ Bank accounts will be closed across the globe,” Mostofi cited.

The lack of transparency in Iran is one of the reasons for growing corruption and dirty money inside the country. The accession to FATF could play a key role in leading the country to transparency.

Corruption in the Archives’ Rooms

Another essential tool in controlling corruption in the world is the electronic government. This apparatus makes all documents and transactions of the administrative structures electronic and shares them with other institutions of the country.

In addition, it makes it possible to publish documents publicly, and transparency greatly reduces the possibility of abuse. However, in Iran, paper documents and confidential letters remain in priority and the information of each organization is kept in the archives of the organization itself, which lays the groundwork for corrupt practices.

However, creating a transparent system is impossible in Iran while the highest officials involved in major corruption cases.

Another Retreat by Iran from Implementing the FATF 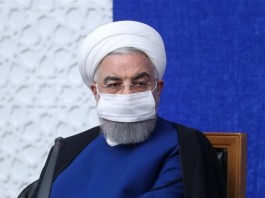 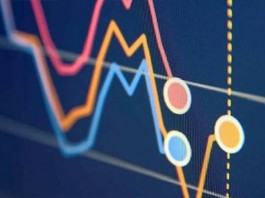 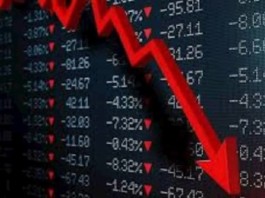