The new school year has rendered a socio-political dilemma in Iran. Officials ignored advice from health experts and insisted on reopening of schools while obeying health protocols is impossible in many education centers.

To justify the dangerous reopening of schools, the government previously claimed that necessary steps and preparations have been taken. However, the claimed measures had been summarized in health warnings and recommendations. Notably, many of these recommendations cannot be implemented in many areas.

Contradictory remarks heard from government officials are causing stress among citizens. Until yesterday they said classes in red & yellow areas will reopen with remote and semi-remote fashion respectively. But we suddenly realized in all areas will be in person—MP Mehdi Ismaeeli pic.twitter.com/qGAs3lTgZD

“We should not forget that the British government spent more than $22 billion on improving the health sector. After seven months, we have only received less than 30 percent of the €1 billion allocated to the health sector,” Setareh-e Sobh daily quoted Health Minister Saeed Namaki saying on September 6.

Minno Mohraz, a member of the National Covid-19 Task Force, also criticized the decision to reopen schools. She highlighted that the government had no precautionary plan to protect millions of students. “It would have been better if the issue of reopening schools had been raised at the Covid-19 Task Force and the Health Ministry’s experts prepare and announced health protocols for the schools,” according to the Setareh-e Sobh daily.

“Schools can be the most dangerous places to transmit the novel coronavirus due to children and teenagers would not abide by health protocols. They may not use face masks or put it aside and come in close contact with their classmates. Meanwhile, face masks and social distancing are not adequate, and classrooms must be ventilated ten times each hour,” Mohraz added.

“Schools are considered the most dangerous place to transfer #coronavirus. Even if individuals wearing masks are together in closed environments for a long time, there is a possibility of the illness being transferred to others,” Minoo Mohraz, member of National #Covid_19 TF pic.twitter.com/viHJi9H5Mi

Additionally, On September 5, Javan daily—affiliated to the Revolutionary Guard (IRGC)—revealed that “there was no scenario for reopening schools as of the latest hours of Thursday, September 3.”

A day later, Alireza Salimi, deputy chair of the Medical Apparatus Organization, called for reconsideration in reopening schools. “The protocols and instructions issued cannot be implemented in most schools. The incubation period of Covid-19 places children in grave danger as their classmates may have contracted the virus without showing any symptoms,” he said in an interview with the semi-official ILNA news agency.

More than 99,600 people have died of the novel #coronavirus in 408 cities checkered across all of Iran's 31 provinces, according to the Iranian opposition PMOI/MEK.

Strategic Error and A Genocide

Given the coming fall and annual flu epidemic, medication strategist Siamak Afazeli described the reopening of schools as “the most strategic error by the Education Ministry” and a genocide. “We shut down the universities for several years during the cultural revolution. In the current circumstances, where we are faced with a very critical situation due to the disease, schools must remain shut down. It might not be proper to say this, but the physical reopening of schools is a genocide—especially among the poor segments of the society—given the warnings of tough autumn being ahead of us,” this government-linked figure said on September 7, according to the Resalat daily.

In his comments, Afazeli explicitly exposed that the government had no appropriate plan to reopen schools and sending millions of children to schools and kindergartens contaminated with the Covid-19 based on propaganda and hollow permissions. “They could postpone colleges entrance exams for two to three weeks, not reopen schools hastily, or adopt preparations before the reopening,” he added.

Also, Mohammad Hassan Asafari, an MP from Markazi province, exposed harrowing facts about risky schools in his jurisdiction. “They reopened schools without notifying many of the teachers and principals. In many regions, schools have not even been disinfected. We cannot allow people’s health to be compromised like this. Tell the health minister that the coronavirus outbreak is serious,” the Majlis (parliament) official website ICANA quoted him on September 6.

Second Wave of Coronavirus, Iran Most Affected Country in Region

In such circumstances, many parents have said they prefer to not send their children to school. They prefer their loved ones to remain illiterate rather than risking their health. In its September 7 edition, Hamshahri daily issued a warning about the “coronavirus’ inclusive consequences” that have emerged in the form of protests and “conflicts between parents and the education system.”

Hamshahri pointed out to a new online campaign against the reopening of schools in messaging apps with #No_to_Reopening_of_Schools and #No_to_Launching_New_Education_Year. The daily also mentioned a survey conducted by Khabarfori website, showing the parent’s concerns over their children’s health.

“In response to a question of parents about are they willing to send their children to schools in this status quo, 77 percent answered no, and only 24 percent said they would send their pupils to schools,” Hamshahri wrote.

In this respect, Anush Barzigar, head of the Gilan Province Medical Apparatus, highlighted the administration’s responsibility for children’s health. “In our viewpoint, those who reopened schools will be responsible for the death of even one student or teacher, and this is an unforgivable mistake,” he said.

Furthermore, President Hassan Rouhani backed the decision to reopen schools while he refused in-person participation in the new school year’s inauguration ceremony. This proved there is no preemptive measure to protect students.

“While our president refused to participate in the Majlis to even support his own minister-candidate, cabinet sessions and even the Education Minister’s meetings are held in chamber-like rooms, why should the people trust in a decision [to reopen schools], indicating a deep rift between the people and officials? Is the cabinet willing to hold sessions in conditions similar to what they have considered for the country’s children?” Mardom Salari daily wrote on September 5.

On the other hand, Javan daily shed light on a reason for the government’s persistence in reopening schools. “It seems that the backstory of schools’ reopening is related to the pressure of non-profit schools. These schools must halve their tuition fee if accepted remote-classrooms,” Javan wrote.

Meanwhile, school principals lay the responsibility for students’ health on their parents. “In an odd move, several schools are demanding commitments from parents that the school has no responsibility if a student contracts Covid-19. Parents must sign these commitments due to the Education Ministry’s announcement about the children’s mandatory attendance at schools. These suspected commitments speculate that the government would not bear any responsibility for its decision,” Vatan-e Emruz daily wrote on September 5.

Concerned about raising public rage against the entire ruling system, on September 7, Education Minister Mohsen Haji-Mirzaei was compelled to retract his ministry’s previous announcement. “In-person education is not mandatory.” He said.

All the while, schools reopening will render intense results for the rulers. “Reopening of schools when Covid-19 conditions continue will result in heavy psychological, cultural, and social consequences,” said Ali Karimi Firouzjaei, a member of the Majlis presidium on September 9. 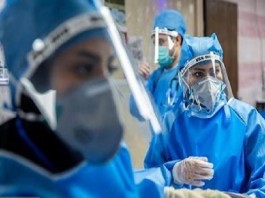 Mismanagement of the COVID-19 Outbreak in Iran Highlighted by Health Commission... 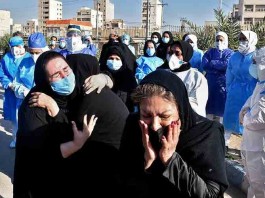 Coronavirus Stands Alongside Other Crises in Prompting Iranians to Boycott Election 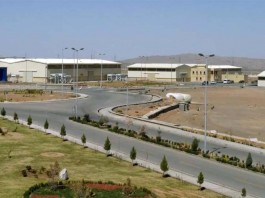