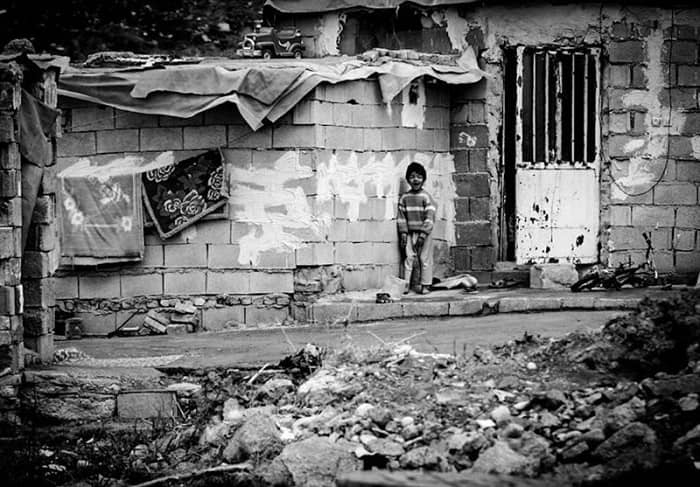 Statistics show that in the last five years, 4,709,149 people have migrated within the country, of which the share of urban areas is 84.41 percent and rural destinations are 15.6 percent. According to the same statistics, about 33,000 villages and hamlets in the country are becoming uninhabited. Although some institutions announce the beginning of reverse migration in the country, the statistics do not confirm such a situation. Thus, only 15.6% of the total migrations (736,253 people) were to the villages.

Sociologists believe that the factors affecting the migration of villagers to cities in Iran can be studied from six dimensions: economic, social, cultural, demographic, natural, and agricultural of which the economic dimension plays a major role and villagers try to improve their lives and generate more income.

Studies show that of these causes, the economic reason has the highest frequency, which explains more than 50% of the reasons for rural-urban migration. Experts cite the lack of facilities in the countryside and unemployment as the most important reasons among economic factors.

Migration from metropolitan areas to villages and small towns is a natural occurrence that occurs after metropolitan saturation. After a while, life in metropolises becomes more expensive; During this period, the metropolis faces divergence; This has been the case in Tehran for many years, with many migrating to suburban cities such as Karaj, Damavand, and Qazvin, but why urbanization figures are not declining is due to the fact that many villages have become cities in recent years.

Migration from the countryside to the city created poverty and marginalization when the city did not provide a better life. Marginalization means a society with crime, anger, and poverty, and at least an immigration that has failed.

Many villagers came to the city for income and a better life, but they could not find a suitable income and position. They are villagers who were driven to the outskirts of cities. These margins are phenomena less than a hundred years old and until now have not reached cultural unity. Therefore, violence is the most prevalent phenomenon in these areas.

This type of migration started in the country in the middle of the 1960s. Today, exactly the opposite of that time, we have 80% urban and 20% rural. At that time, the villagers were 80%. This migration was successful at the time, but it is not today. Today it is because of necessity. If at that time migration from the countryside was an option, today this migration is the only option. Many factors such as drought and the destroying of nature by Iran’s government wrong environment policies have disrupted rural life.

They see no light at the end of the tunnel of their lives. The outskirts of the city are called the Dark Zone. All the harms that you know have high statistics in these strata, they also have a very high vulnerability. Violence is very high in these areas. Iran has now about 4 million labor children according to the official statistics, mostly living on the outskirts of cities.

Iran’s rural community is constantly declining. Villages are not supported at all, the regime offer plans, but these plans are very inefficient. These schemes are seen as incentives for people to return to their villages, but in which village, in Iran, there are no more villages.

These plans are just hole words. Villages that are a mirage of life have neither water nor facilities for a living. No one can expect successful reverse migration in Iran. People who left their villages will do anything, not to return to their villages. We must realize that rural morality is disappearing in urban society. In fact, urban society has not found its own discipline. Iran’s cities are morality destroyed areas.

How the Iranian Regime Steals From the People