The Tower commentary was mainly inspired by a report in the USA Today, which quotes arms control expert David Albright as saying that Iran’s breakout period could be reduced to between six and 12 months if its number of centrifuges was reduced to 5,000, but also that “there’s evidence that the [Obama] administration will fold and allow Iran to keep the remainder of centrifuges in place, not operating, or allow them to keep them somewhere.”

Albright’s concern is reminiscent of recent comments by Israel Minister of Strategic and Intelligence Affairs, Yuval Steinitz, who observed that there are two models of dismantling of nuclear capabilities: the Libyan model and the North Korean model. In the former case, equipment was dismantled and fully removed from the country, while in the latter it was allowed to remain switched off inside the rogue nation’s borders, where everything was promptly reactivated, leading North Korea to acquire the nuclear devices it now possesses.

At the same time that Iran may be able to turn its back on its deal with the West and restart its nuclear weapons facilities, the AP reports that, despite appearances, the nation might not be complying with restrictions associated with that deal. Its purchase of banned nuclear and missile program components appears to have slowed, but “this slowdown could be explained by Iran using more opaque means of procurement, or states reporting less actively.”

Jennifer Rubin, who frequently uses her Washington Post column to comment on US policy towards Iran, worries that the P5+1 negotiators may intentionally gloss over the issue of Iran possibly retaining the ability to quickly restart its nuclear weapons program. “Alternatively,” she writes, “they can claim agreement on “all but one technical issue” (on which the viability of the entire deal rests) and plead for more time.”

Meanwhile, the Christian Science Monitorreiterates that the Obama administration’s optimism about the deal has grown more measured. Writer Howard LaFranchi argues that part of the reason for this is because the administration is now concerned with displaying an image of toughness to Republican critics, even as it pursues a deal that may ultimately circumvent Congress.

The Abu Dhabi based newspaper The National published an editorial on Thursday, taking a positive view of the possibility for diplomatic talks between Iran and Gulf Cooperation Council nations, particularly Saudi Arabia. But the editorial emphasizes that “the onus has to be squarely on Iran to reverse the damage its policies have done and to revive trust with the GCC countries. It is easy to shatter trust but much more difficult to rebuild.” It also points out that those policies are currently ongoing, expressed through support for terrorist organizations and meddling in the affairs of various countries in the region.

The US State Department reports that it has uncovered virtually incontrovertible evidence of one key example of Iran’s regional meddling. According to Fox News, photographs have surfaced showing Iranian weapons in the possession of Iraqi forces. This corroborates leaked documents that indicate that formal arms trade agreements were formerly established between the two countries, in violation of UN Security Council resolutions.

An unnamed State Department official said that the department would support an international investigation into this situation. He also indicated that the US had formerly advised Iraq about the illegality of receiving Iranian arms. In spite of this and in spite of the fact that the US has also been providing Iraq with weapons and other equipment, the strategic and ideological union between Iraq and Iran is evidently ongoing, and evidence of it is rising to the surface.

Greater public exposure is also being given to the issue of Iran’s hacking capability. The tech industry news site FierceGovernmentIT has published a new synopsis of a detailed report on the topic that has already been covered elsewhere. But this latest story adds that at least one cybersecurity analyst recognized Iran’s potential earlier this year, calling it the one Gulf state with the most advanced cyber capabilities. The article also adds that hacking from inside Iran took a sudden turn in 2012, becoming less haphazard and more political, then rising to the level of “full-blown cyber terrorism.”

Amnesty International provides Iran with a dubious distinction. According to its latest figures on the worldwide use of the death penalty, Iran and its ally Iraq both had substantially higher rates of execution in 2013 than they’d had in 2012. Meanwhile, the organization’s research indicates that globally, nations are moving away from the use of the death penalty.

Nonetheless, their report showed that the number of recorded worldwide executions rose by nearly 100, from 682 in 2012 to 778 in 2013. This means that Iran and Iraq, almost on their own, are holding up worldwide execution rates that would otherwise be going down.

Iran also holds other distinctions that are relevant to the overall report, including its use of public executions – along with only North Korea, Saudi Arabia, and Somalia – its use of the death penalty in non-violent drug-related crimes, and its execution of political prisoners.

A day after the six year anniversary, on Wednesday, of the imprisonment of seven leaders of the Baha’i community in Iran, the United Kingdom’s Foreign Office issued a statement urging Iran to end its persecution of that religious group and the desecration of its cemeteries. The Guardian newspaper reports on the extent of that persecution, pointing out that at least 219 Baha’is were executed during the Iranian Revolution, that 136 members of the community are currently in prison, and that others are routinely expelled from school and denied employment.

In what can easily be interpreted as an example of the religious intrusiveness of the Iranian regime, its Ayatollahs have recently taken to pushing citizens to have as many children as possible, according to the Christian Science Monitor.

In addition to being an attempt to emulate the example of holy imams who were prolific in their production of children, this push for more children is no doubt a rapid response to an economic situation that is improving for the nation as a whole, though not for many of its citizens. Until two years ago, vasectomies were offered for free by the government of the cash-strapped, sanction-ridden country. Now Iranians who want them as a means of family planning must spend as much as 200 dollars. In other instances, women are left with no option but to seek out illegal abortions.

Still more alarming, the push for a higher birthrate is evidently being conceived of as a means of long-term planning for war. Last month, Saeed Jalili, a former nuclear negotiator, launched a campaign to promote the newly revived “maximum-baby” policy with the slogan, “Population decline equals decline in military power.” 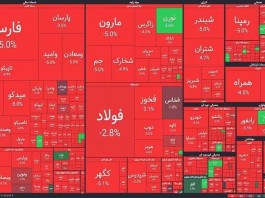 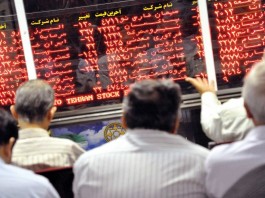 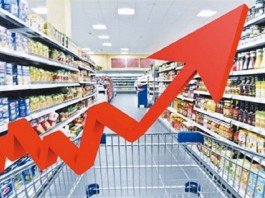