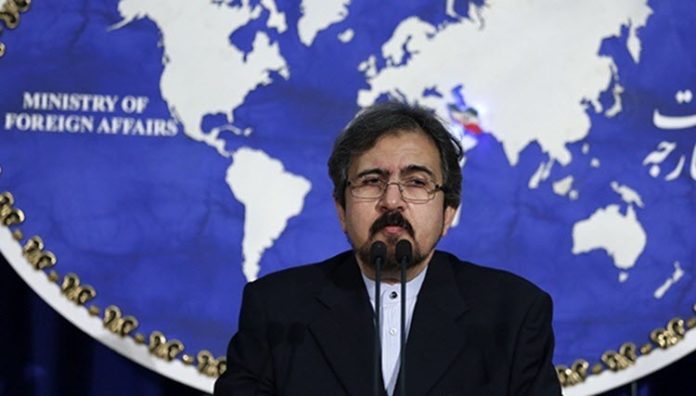 On its surface, such remarks might appear to suggest potential willingness to either cooperate with the new American executive or to maintain moderate public statements about him in the era following his predecessor’s nuclear agreement with Iran. Realistically, though, the comments can be better understood as expressing uncertainty about the tactics Tehran will use to implement preexisting policies, and not as expressing uncertainty about those policies themselves.

In fact, this interpretation was underscored by Iranian state media, specifically the Islamic Republic News Agency, which used its English-language website to give broader context to Qasemi’s remarks. Instead of leading with Qasemi’s statement about withholding judgment, the IRNA report ran under the headline, “No prospect for Iran-US relations.” This was the explicit message of the Foreign Ministry spokesperson, who insisted that there had been no contact between the two countries’ governments after or outside of the nuclear negotiations.

Qasemi also used his Monday press conference as an opportunity to criticize the US and its Western allies for supposed efforts to dominate the region. He also referred to the Islamic Republic as a source of “resistance” against American influence over Middle Eastern affairs. Only then did Qasemi go on to say, “At this juncture, the status of the White House is not clear and the world and even Europeans, the main US allies, are puzzled, not knowing what to do as they face what a type of approach and what kind of president.”

Finally, IRNA quotes him as saying, “We should be still patient and see what kind of policies we will witness.” But in in this context, the remarks does not seem to invite a reevaluation of Iran’s policies, but instead implies that Tehran will wait for forthcoming changes in US policy before determining how to respond to them in line with the preconceived principle of “resistance” and confrontation.

This would not represent a significant break from the regime’s behavior when it was dealing with departed US President Barack Obama. In fact, other reports that emerged on Monday indicated that much of Iran’s tone and many of its explicit threats appeared to remain in place now that the White House transition has completed. In the first place, the Middle East Monitor indicates that Ali Akbar Salehi, the head of the Atomic Energy Organization of Iran, had reiterated once again the country’s intention to resume its former nuclear activity if President Trump cancelled the nuclear agreement or otherwise moved against it.

What’s more, Salehi declared that Iranian nuclear enrichment capabilities would be able not only to “snap back” to their former levels, but could also quickly expand in terms of the amount of uranium being enriched and the levels of purity to which it is being enriched. Under the Joint Comprehensive Plan of Action, both of those figures are capped, but Western critics of the deal have expressed concern that it left in place opportunities for Iran to cheat or to simply wait out the expiration or cancellation of the deal and then rapidly expand its enrichment activities thereafter.

Salehi’s statement seems tailor-made to justify or inflame these suspicions – something that may yet affect the final determination that the Trump administration makes regarding the JCPOA. On the campaign trail, Trump referred to the agreement as the worst ever negotiated and promised to tear it up. Since winning election in November, his commentary has focused on the concept of “renegotiation,” and some of his major appointees to foreign policy posts have advocated for keeping it in place but enforcing it much more vigorously.

The multilateral nature of the deal raises questions about the feasibility of renegotiation, but a recent editorial by Ali Vaez of Foreign Affairs Magazine suggested that it would be quite possible for Trump to pursue a new mutual arrangement with Iran, and one that would address more than just limits on uranium enrichment. Vaez named some of the key points of contention that Western critics saw as having been improperly left out of the agreement. Specifically, he suggested that Trump could seize opportunities to impose restrictions on Iran’s ballistic missile program and on the regional operations of the Iran-backed Lebanese paramilitary Hezbollah.

Although these are issues of great concern for various Western policymakers, they have also been downplayed or dismissed by Iranian officials, who said in the wake of the nuclear negotiations that they would accept no “imposition” regarding their missiles. To underscore this point, the Iranian Revolutionary Guard Corps conducted several ballistic missile tests that either violated outright or were out of keeping with the spirit of UN Security Council resolutions regarding Iran’s nuclear activities.

It remains to be seen whether Trump will be able to convince Iran to change this defiant tone that seemed to remain unmitigated throughout the Obama era. But his handling of the JCPOA and other areas of Iran policy were certainly high on the list of topics discussed between Trump and Israeli Prime Minister Benjamin Netanyahu during a phone call on Sunday, according to CNN. Netanyahu had been perhaps the world’s leading voice of opposition to the nuclear deal before Trump became a serious candidate for the American presidency.

Disagreements between Netanyahu and Obama on this issue put some strain on the special relationship between the two executive offices. But Sunday’s phone call – coming just two days after Trump took the oath of office – suggests that Tel Aviv is confident that that relationship can be reestablished and turned toward mutually beneficial ends now that Trump is in a position to reshape US foreign policy.

Other traditional US allies reportedly share that confidence, although they also seem to share Tehran’s uncertainty about exactly what policies the new president will pursue. Yet regardless of that uncertainty, Trump has consistently struck a much less conciliatory tone in his discussion of Iran, and Trump’s choice for Defense Secretary, General James Mattis, told confirmation hearings that he considered Iran to be the single most destabilizing force in the Middle East.

On Monday, Reuters quoted several commentators from the Gulf Arab states as saying that they believed the new American president would take serious steps to counteract Iranian influence in the region, and specifically to push back against Hezbollah and other Iran-backed proxies who have been participating in the conflicts in Syria and Yemen. If these assumptions are correct, it goes without saying that the Iranian regime will not pursue cooperative relations with the US, no matter what questions it might have had about what to expect of the Trump administration.