Now, the suppressive agencies of the Iranian Regime, including the Revolutionary Guards Corps (IRGC), the police, the Judiciary, and Rouhani’s agents, are threatening and intimidating the Iranian youth in order to stop them from participating in the Fire Festival and reigniting the uprising. 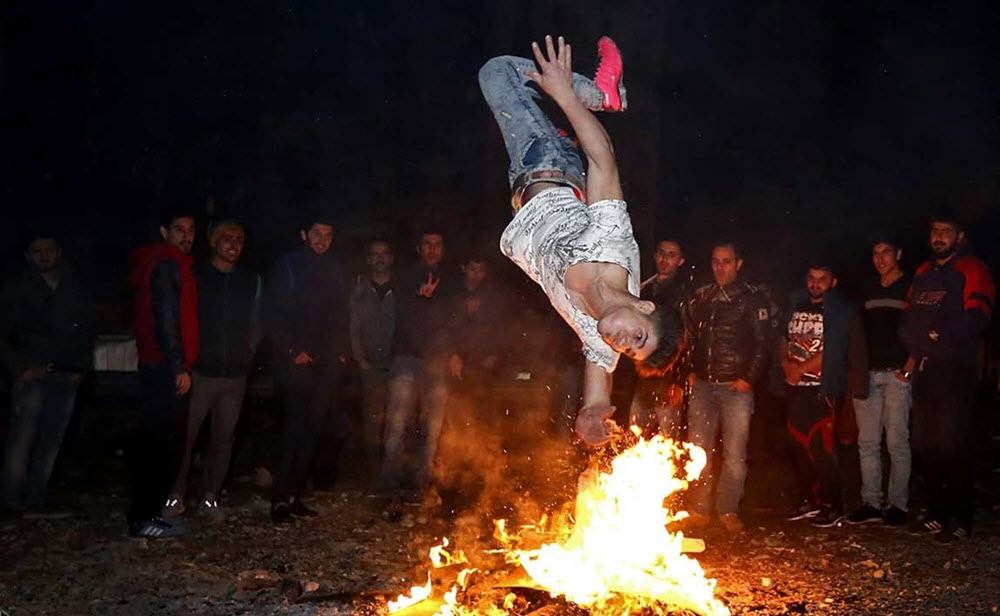 Mohammad Mohaddessin, chair of the National Council of Resistance of Iran (NCRI) Foreign Affairs Committee, wrote: “They resort to chaffy and ridiculous sabre-rattling and announce discovery and capture of hundreds of millions of firecrackers and hundreds of tons of explosives while at the same time, they threaten the violators with arrest and punishment.”

Of course, this is not a new thing from the Regime. Supreme Leader Ali Khamenei has even issued fatwas in the past stating that the Fire Festival is not religious and is somehow harmful. What is new is that the Regime is seeking to turn the ancient ceremony into something that promotes the Regime, as revealed on March 10, by Mohammad Jafar Montazeri, the Attorney General of the Mullahs’ regime.

On March 11 Mohammad Ali Jafari, the commander-in-chief of the IRGC, even confessed that the IRGC is losing morale in its suppression of the Iranian people, which is causing an internal crisis in the Regime.

Thus, the People’s Mojahedin Organization of Iran (PMOI/MEK) have called on all the people of Iran to join the youths in using the Fire Festival as an “uprising against the religious dictatorship” and the criminal mullahs.

Two and a half months on from the start of the protests, the cries of the Iranian people can still be heard all across Iran, from workers in Isfahan to students in Tehran to marginalised groups in Khuzestan. Their voices will not be silenced until the Regime has fallen, no matter what the mullahs or their violent security forces do to suppress the protests.

The mullahs are well aware that the protests have not dissipated, with even Iran’s Interior Minister, Rahmani Fazli, acknowledging that one spark would be all it takes to reignite the wildfire of these protests and burn the Regime to the ground.

On March 11, Fazli said: “The protests reached more than 100 cities in one or two nights and there were conflicts in 42 cities… because the level of accumulated discontent had risen and became public and, wherever possible, it was expressed … in more in-depth reviews of the incidents, we reached the other factors that were the bedside of events, and unfortunately we are still facing those incidents.”

All evidence suggests that this is the final stand on the Iranian Regime, with Maryam Rajavi the president-elect of the Iranian Resistance, stating that the situation in Iran will return to the status quo.

Thus, the protests must continue and those outside Iran must support the protesters. Only the people of Iran can bring down the Regime.