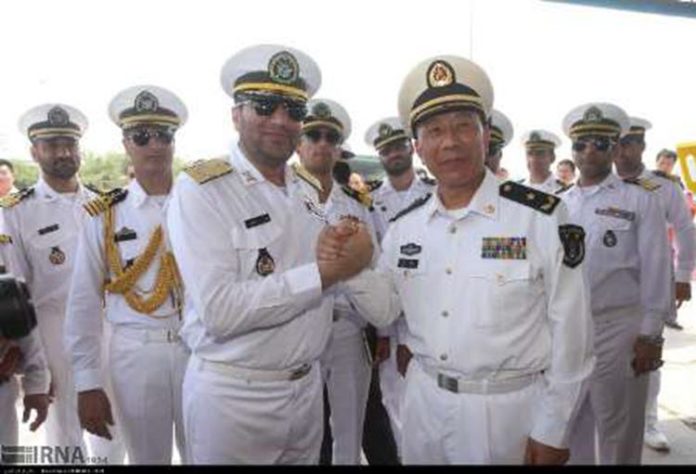 The Islamic Republic announced last November that it signed a military cooperation agreement with China, and vowed to hold drills and “create a collective movement to confront” the threat of terrorism.

Both countries have engaged in deliberately provocative interactions with the U.S. Navy. However, more menacing are the confrontations that have occurred between Iranian ships and the U.S. Navy in recent years.

Fox News reported in August of 2016, that clashes between Iran and the United States in the Persian Gulf have nearly risen to nineteen in the first half of 2016, from ten, during the same time period the during the previous year.

Reuters reports, citing the Islamic Republic News Agency (IRNA), that Iran and China began a joint naval drill in the Persian Gulf on Sunday. “The military drill comes at a time of heightened tension between the Iranian and U.S. military in the Gulf and is likely to be a cause of concern for Washington,” it states, adding, “An Iranian destroyer and two Chinese destroyers are among the vessels that will participate in the exercise, which will take place in the eastern portion of the Strait of Hormuz and the Sea of Oman, according to IRNA. Some 700 Iranian navy personnel will be participating in the drill.”

U.S. Defense Secretary James Mattis deemed Iran “the single biggest state sponsor of terrorism in the world,” while President Trump has begun a new approach towards China, willing to cooperate with the country when possible.

In the U.S. Treasury Department designated Chinese national Ruan Runling for sanctions, saying that he “provided, or attempted to provide, financial, material, technological, or other support for, or goods or services in support of Iran’s Shiraz Electronics Industries.” Shiraz allegedly supplies the Iranian military with missile guidance technology.

Adding to the dismay of the United States, was Iran’s announcement at the beginning of the Trump administration that it was conducting military drills that involve ballistic missile tests.

In February, Iran carried out drills involving short-range missiles. Then again in March, Iran test-fired a pair of ballistic missiles.

Iran and China both share borders with Afghanistan, home of a high assemblage of terrorist groups.