Home News General US strategy on Iran, what is the ultimate goal? 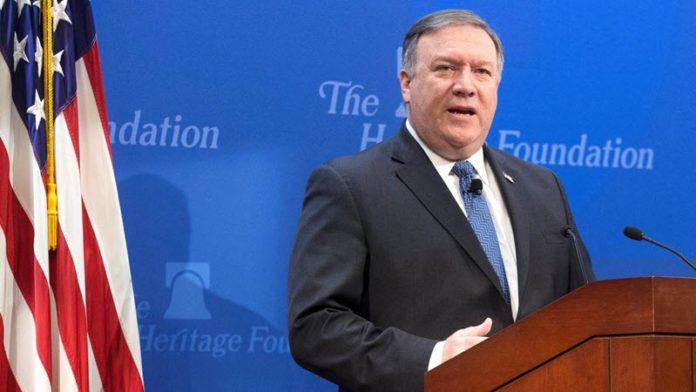 Secretary of State Mike Pompeo recently gave a speech outlining the US strategy on Iran following Donald Trump’s withdrawal from the 2015 nuclear deal. In the speech, he declared that the US stood with the “long-suffering” people of Iran as they fought the oppressive regime; something that he had earlier tweeted following anti-regime demonstrations in Kazeroon, Iran.

If those remarks sound familiar, it’s probably because they’ve been a prominent feature in Trump’s tweets and speeches on Iran. Even during his withdrawal from the nuclear deal, formally known as the Joint Comprehensive Plan of Action (JCPOA), Trump declared that “the future of Iran belongs to its people,” and, “the United States stands with those people in their struggle.”

So it seems that the overall goal of the US policy on Iran in regime change, by and for the people of Iran. No member of the Trump administration has advocated military intervention, like the US’s failed policy in Iraq, and this is important.

Prof. Raymond Tanter, who served as a senior member on the Middle East Desk of the National Security Council staff in the Reagan-Bush administration, wrote: “There is a difference between overthrowing a government and impeding its repressive infrastructure, while supporting established voices calling for change.”

The people of Iran are more than capable of overthrowing the Regime by themselves, but they do need the international community to stop funding the Regime’s suppressive security forces, which means ending trade with Iran.

This is the view of Iranian Resistance coalition, the National Council of Resistance of Iran (NCRI), and its President-elect Maryam Rajavi.

Following Trump’s withdrawal, Rajavi said: “Democratic change in Iran is inevitable and a free Iran is within reach… The end of religious dictatorship in Iran is a requisite for regional peace, democracy, security, and stability.”

More importantly, we can see the Iranian people’s desire for regime change in their constant protests that have shaken the country since December 2017 and their annual Free Iran gathering, which attracts over 100,000 people to Paris.

• Working with US allies to counter Iran’s destabilisation of the Middle East (i.e. sponsoring terrorist groups, launching ballistic missiles)
• Increasing financial pressure on Iran through sanctions
• Advocating for the Iranian people and their human rights