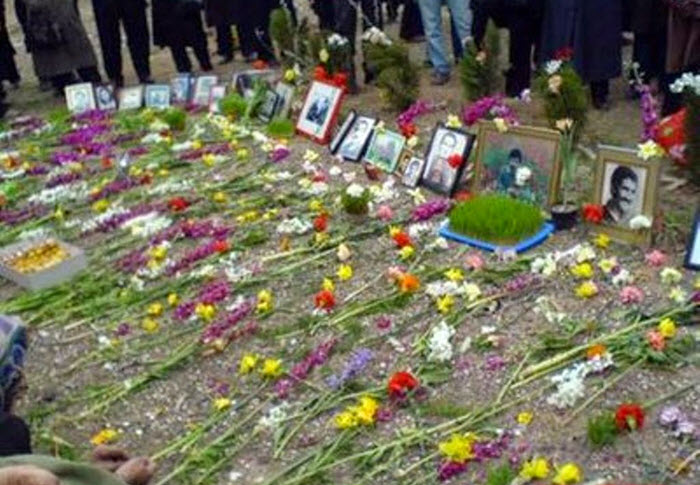 No acknowledgement of the estimated 30,000 political prisoners who were executed over the summer of 1988 by the Iranian regime has been forthcoming as another year passes.

This is understandable given the effort expended by the regime to keep the massacre under wraps.  Rusu writes that it went so far as “banning prison guards from contacting their families, carrying out executions in secrecy and often leaving no witnesses alive. This means that the exact number of deaths may never be known. To this day the massacre—one of the worst in a long line of crimes in Iran met with total impunity for its perpetrators— remains relatively unknown in the West.”

Leftists who opposed to the regime’s brutal ruling tactics, and those who supported the opposition People’s Mojahedin Organization of Iran were targeted.  At fatwa was issued by the regime’s founder, Ruhollah Khomeini, and the massacre began in July 1988. “Whoever at any stage continues to belong to the PMOI must be executed. Annihilate the enemies of Islam immediately!” Khomeini stated at the time. “Those who are in prisons throughout the country and remain steadfast in their support for PMOI are waging war on God and are condemned to execution…It is naive to show mercy to those who wage war on God.”

All televisions, radios and newspapers were removed from the wards, and all family visits were suspended to prisons across Iran. Prisoners who were ill were denied medical care, and family members were turned away at the gates.

The arrival of a “Death Commission,” a team of three hand-picked officials, including a representative from the Ministry of Intelligence, a religious judge and a prosecutor, signaled the beginning of the massacre.

Rusu paints a poignant picture,  “One by one each prisoner was called in for a re-trial that lasted no more than a few minutes, during which they were questioned about their political and religious beliefs. If their answers were less than favourable to the regime, prisoners were sent to be hanged. Meanwhile, those who received pardons were bound by conditions such as walking through an Iraqi mine field or proving their repentance by placing a noose around the neck of a PMOI supporter. Virgin girls were raped the night before their executions to prevent them from going to heaven; men and women were mercilessly tortured; mothers were beaten in front of their children; and wives raped in front of their husbands—all in a gruesome attempt to break their wills.”

Hundreds of people were hanged each day, many of whom had already completed their sentences and were due for release. In fact, many were originally sentenced for nonviolent offences, such as handing out illegal newspapers or leaflets.  It is believed that up to 400 political prisoners were executed on many nights, and their bodies were transported to unmarked mass graves

Former deputy of the Ministry of Intelligence and Security, Reza Malek, claims there are 170 to 190 mass graves across Iran. As many families had no information as to where their loved ones were buried, so people began to flock to the Khavaran Cemetery in southern Tehran to mourn all of those executed. Unfortunately, this was stopped when revolutionary guards began patrolling the cemetery, and attacking those who had come to mourn. Private commemoration ceremonies were raided, and family members were arrested if they attempted to locate their loved ones’ remains.

The Iranian government destroyed evidence of the mass grave sites by bulldozing the Khavaran Cemetery in January of 2009.

The story hasn’t ended, even after close to three decades have passed.  “Those who were involved in the 1988 massacre of political prisoners are still in power in Iran,” Madyar Samienejad, researcher and human rights defender, stated in an interview with The Guardian.  And Maryam Rajavi, the leader of PMOI has said, “the time has come for the United Nations to examine this crime against humanity, to investigate the massacre of 1988 and to bring the guilty to justice.” Protests and criticism from around the world may soon bring those responsible to be held accountable.