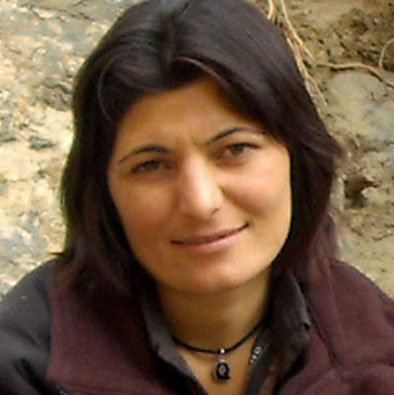 Zeynab Jalalian has had eye problems for a number of years, possibly as a result of beatings she received during interrogations by the Iranian authorities. Her health situation has worsened and she may be losing her eyesight. On 8 April, she was transferred to the prison clinic in handcuffs and shackles to receive treatment for her eyes, but the prison authorities have repeatedly refused to allow her access to an eye specialist outside of Kermanshah Prison. It is not clear whether the prison clinic is able to provide Zeynab Jalalian with the medical care she requires.

Zeynab Jalalian was sentenced to death for “enmity against God” (moharebeh) in January 2009 by the Kermanshah Revolutionary Court for her alleged membership of Party For Free Life of Kurdistan (PJAK) , an armed Kurdish opposition group. Before that she had spent eight months in pre-trial detention in a Ministry of Intelligence detention facility, where she says she was tortured. She was not granted access to a lawyer during her trial, which she says lasted only a few minutes. Zeynab Jalalian death sentence was commuted and reduced to life imprisonment in late November 2011.

Zeynab Jalalian’s family have not been able to visit her for more than a year and they are only allowed to have two minute phone conversations with her once a week. Zeynab Jalalian formally requested prison leave in January 2014, but she has said that the Iranian authorities have asked her to do a forced televised “confession”, which may be a prerequisite for prison leave but she has refused to do so.