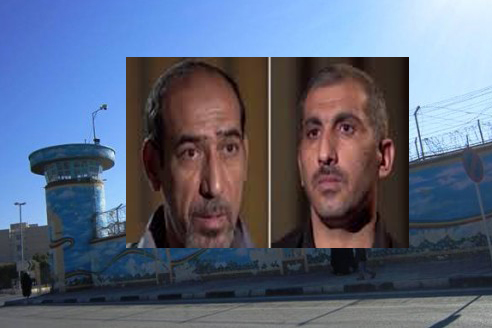 Seyyed Khaled Moussavi, 36, and Ali Chabitash, 49, two Arab political prisoners condemned to death who are from Khuzestan Province, southwestern Iran, were transferred to an undisclosed location on Tuesday, March 18, from the Dezful Prison.

These two prisoners were apprehended by the intelligence department of Shush on 11 November 2011 and after suffering severe physical and psychological tortures for many months had been made to make forced confessions.

The branch of the provincial courts presided by Judge Seyyed Mohammad-bagher Moussavi condemned Ali Chabitash and Seyyed Khaled Moussavi to death on charge of “acting against the national security and Moharebeh”. Salman Chayani, 25, who was with them, was condemned to life in prison.

On Tuesday of last week when their families referred to meet with the prisoners they were told by the prison authorities that they have been transferred by the intelligence ministry of Ahvaz to another location; they offered no reason for the transfer.

According to reports from inside Iran, it could be that their death verdicts have been approved by the Supreme Court. If this is the case, their transfer means that they will be executed.