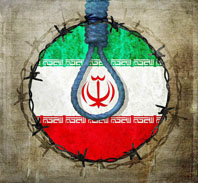 What appears to have been overlooked is the reality that the human rights of ordinary people in Iran seem to have faded from the agenda. Surely, the issues of human rights and nuclear controls are indivisible.

The most specific instances of Iranian refusal to cooperate come from no less important figures than supreme leader Ayatollah Ali Khamenei, President Hassan Rouhani and members of his Cabinet. Mr. Rouhani has explicitly rejected the idea of accepting any limits to Iran’s uranium-enrichment capabilities. He is encouraging the country to go ahead with plans to expand its supply of centrifuges rather than reducing it. This means that the Iranian president is effectively pushing for a shorter nuclear-breakout period, even while he continues to tell the press that a mutually favorable deal will probably be reached by July.

Meanwhile, Ayatollah Khamenei has similarly rejected Western attempts to reduce Iran’s supply of ballistic missiles. Add to this the fact that the government has failed to explain its development of detonators for nuclear devices, and it’s clear that the Iranian regime has little to no interest in proving that it won’t continue to pursue nuclear weapons once diplomacy has run its course.

Meanwhile, it appears that the West is reticent about the plight of Iranian citizens — afraid of antagonizing the Iranian regime, as though today’s outrages can be ignored for some mythical “greater good.”

Public reactions to the negotiations are just as important as what is said during the negotiations themselves. The United States and the European Union would be well served to take a broader view of the situation when assessing the prospects for talks with Iran over the long term.

This advice is applicable to far more than just the nuclear issue. The specific subject of negotiations does not change the character of the negotiators. It only determines how high the stakes are, and thus what tactics those negotiators are willing to use to win an agreement. In its passion to secure a deal, the West seems to have focused all of its attention on sanctions and centrifuges, forgetting to temper its expectations with a healthy understanding of just who it is they have been dealing with.

The Iranian regime’s response to stalled discussions goes a long way toward reminding the world of the character of that regime. It is a regime that doesn’t think twice about throwing its weight around in the Middle East, whether that means threatening its neighbors, manipulating them into unbalanced trade agreements, smuggling arms to other dictatorial regimes, or actively supporting terrorist groups that help to destabilize Iran’s rivals or give unlawful support to its allies in the region.

A long, hard look at Iran’s domestic policies helps to complete the picture. During the time that the United States has been negotiating with its current leaders, Iran’s execution rate has risen to levels unprecedented in the 35 years of the regime’s history. Multiple newspapers have been shuttered since Mr. Rouhani took office, and Internet censorship continues to run rampant. Meanwhile, those who are bold enough to defy these restrictions or speak out politically are often subject to imprisonment and torture.

Millions of Iranians have fled their home country owing to this repression and their political affiliations. Most are also still committed to seeing freedom and democracy flourish there. Many of these individuals and supporters of the National Council of Resistance of Iran led by the charismatic opposition leader Maryam Rajavi, will come together in Paris on June 27 for a wide-ranging discussion, which has been missing from Western-led nuclear talks.

Those Iranian exiles and activists will be joined by hundreds of dignitaries and legislators from the free nations of the world, united to remind foreign observers of the reason why Iran was brought to the negotiating table in the first place.

Most agree that a nuclear Iran is intolerably dangerous. The world understands this because it also knows that Iran is a dangerous, destabilizing force in the Middle East regardless of what types of weapons it possesses. The relevant issue at nuclear negotiations isn’t just what Iran’s current breakout period is; it’s how vigorously the West works to create and sustain a basis whereby the people of Iran are freed from tyranny.

The latter question isn’t answered simply by how the negotiators act when talking to their adversaries. It certainly isn’t answered by wishful thinking, either. The world must be sure that it can trust Iran to negotiate in good faith and to abide by the terms of any agreement that happens to be reached. Political prisoners inside of Iran and exiles outside should surely remind one that it’s impossible to extend that kind of trust to a nation that habitually uses repression and terrorism to maintain its tenuous hold on domestic and regional power.

Thus, the only sensible policy toward Iran is one that looks past the negotiating table in order to understand and address the fact that the regime’s overall abuses are the root cause of its pursuit of nuclear weapons. Consequently, if the international community wants to make progress, the issue that must be addressed is how to build on a bedrock of human rights. Perhaps Paris in June might just be the right place from which to set the principles necessary to restart with a new, humane and more realistic policy on Iran. 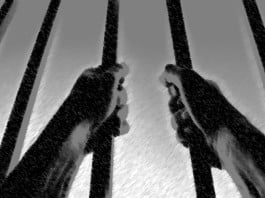