The June 18 Presidential election and the nationwide boycott on behalf of the people of Iran was the most important political event in the past year. In other words, the people’s refusal to vote for handpicked candidates declared their real desire for fundamental change and move toward freedom, justice, equality, and the rule of law.

During recent months, Supreme Leader Ali Khamenei has severely attempted to portray a strong image from his government. His agents indirectly bargaining with the new U.S. administration to gain sanctions relief, igniting, and fueling conflicts in Gaza, and removing all domestic rivals aiming to shape a ‘young and Hezbollah’ government.

Officials from various factions and movements had already declared their concerns over a low turnout. “Those who do not go to polling stations, if they do not have a religious or customary excuse, they are practically voting for the enemy, voting for the Mojahedin-e Khalq (MEK/PMOI),” Astan Quds TV broadcasted remarks of Ahmad Alamolhoda, Khamenei’s representative, and the Friday Prayer Imam in Mashhad, on the election day.

Already, in a broadcast message on June 4, Khamenei expressed his concerns over the nationwide boycott of the election. He recounted the will of Islamic Republic founder Ruhollah Khomeini and threatened the people those who avoid voting with “worldly consequences and divine responsibility even for their next generations.” “Refusing to participate in the elections may be the top of the great sins,” he said.

Furthermore, contrary to claims raised by Tehran’s lobbies and apologists in the West, neither disqualified candidates nor moderates and reformists boycotted the elections. Instead, they vehemently called on citizens to vote.

However, the people of Iran unitedly boycotted the elections. “According to over 3,500 reports, videos, and photos provided by more than 1,200 reporters affiliated with the opposition Iran National TV from 400 cities and towns across Iran, the turnout was lower than 10 percent,” reported the MEK Persian-language website on June 19.

“With the same rudeness and dishonesty regarding the concealment of coronavirus death count and the real number of the November 2019 protests’ martyrs, the regime has announced the turnout fivefold more than the true number to appoint the henchman of the massacre of political prisoners as President,” the statement read.

Meanwhile, mainstream international media reported an unprecedented boycott of the feigned election in Iran. “Iran’s presidential race has been marked, more than anything else, by a lack of interest: Many people said they wouldn’t bother to vote in the election,” The New York Times reported.

The Washington Post also reported an apathy to the elections contrary to fabricated reports aired by state-run media. “Iranian state media asserted Friday that voter turnout was high. Tehran’s governor said it was higher than in previous contests, without providing figures. But journalists in Iran on Friday characterized traffic at many polling stations in the capital as lighter than usual,” wrote The Post.

The English-language section of Deutsche Welle (DW) posted a video contained citizens’ comments. “Polls in Iran’s presidential election have opened, but turnout is expected to be low as many see the vote as rigged by the county’s religious leaders,” DW wrote.

“Iran’s presidential election has seen thin participation of people in the early hours, but nearly all top conservative and reformist figures have cast their ballots,” wrote Turkish-based Anadolu Agency.

“This was the greatest political and social blow to the mullahs’ Supreme Leader Ali Khamenei and the ruling theocracy,” said Mrs. Maryam Rajavi, the President-elect of the National Council of Resistance of Iran (NCRI). “A historic congratulation to the Iranian people for the nationwide boycott of the mullahs’ sham election.”

“The religious dictatorship is in a downward spiral and must be swept aside. Emerging out of this sham election will be a regime that is more disgraced, vulnerable, and fragile. It is bound to perpetuate greater crimes with the henchman of the 1988 massacre (Ebrahim Raisi). But it will certainly be overthrown by the Iranian people’s uprising and the Army of Freedom. Freedom and a democratic republic are the Iranian people’s inalienable rights,” she added. 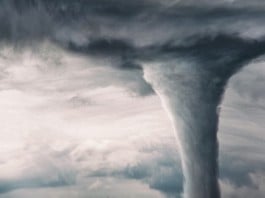 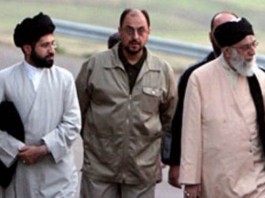 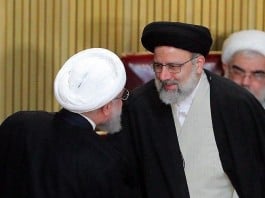