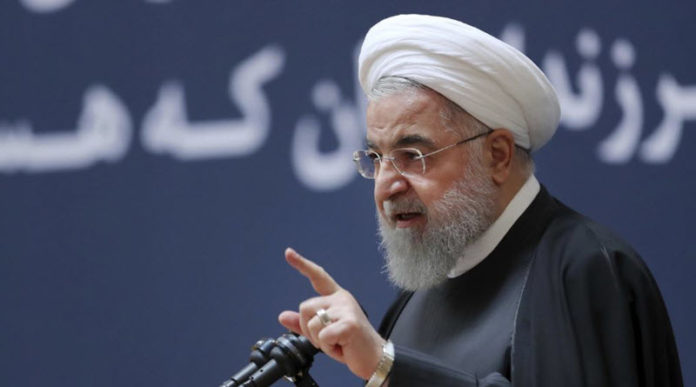 Rouhani reportedly said that “we staged a revolution so that no son would succeed his father”, an obvious dig at how Khamenei appears to be setting the scene for his son Mojtaba to succeed him. Khamenei is dying from cancer.

It also raises more suspicion that Rouhani wants to be seen as a candidate for the Supreme Leader after Khamenei’s death.

Abdolreza Davari, an advisor to former President Mahmoud Ahmadinejad, tweeted: “Hassan Rouhani is determined to take over a higher position.”

Rouhani praised Rafsanjani for his role in resolving various crises faced by the Iranian Regime over the years, in particular, the power vacuum left after the death of Regime Founder Ruhollah Khomeini in 1989, which resulted in the appointment of Khamenei as Supreme Leader.

Rouhani said: “Without Rafsanjani, the Assembly of Expert meeting [to name Khamenei as the next leader of Iran] would have remained inconclusive.”

Davari tweeted that this would like have upset Khamenei as it clearly reminded both the Supreme Leader and the Iranian people exactly how he came to take his role.

In a video from the time, which surfaced in 2018, Rafsanjani convinced fellow Assembly members to accept Khamenei as “a temporary leader”, promising that they could later have a referendum on whether Iran should be ruled by a Supreme Leader or a council of clerics. The referendum never took place. Many members questioned Khamenei’s credentials and high-ranking clerics challenged him, but Rafsanjani said that Khomeini had in fact presumably named Khamenei as his successor.

As Khamenei’s power grew once he became Supreme Leader, he slowly distanced himself from Rafsanjani, even backing Ahmadinejad’s re-election in 2009; a heavily contested election that caused mass protests.

In what appeared to be a reaction to that, Rouhani said that “lashing out at Rafsanjani’s prestige and dignity did not make him bow”.

These comments come at a time when there is still much suspicion over Rafsanjani’s death, with conspiracy theorists (and sometimes Rafsanjani’s family) questioning the official report of death.

While some consider it surprising that Rouhani would choose to openly make these comments, we should not be surprised in the rifts themselves. The Regime is deeply divided by factional infighting, which means that they are incredibly weak. It will not be long before the Iranian people can overthrow the Regime and bring freedom to Iran. 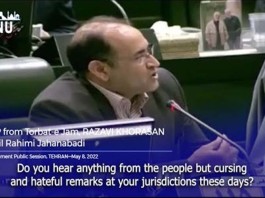 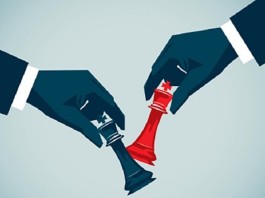