Iranian Supreme Leader Ali Khamenei has once again spoken about his concerns of “security threats” to the regime in a speech complaining about the democratic opposition support among the people.

But not once in this speech he mentioned the coronavirus pandemic which has now killed 148,600 people across Iran, made hundreds of thousands sick and destroyed the livelihoods of so many more.

Of course, this should surprise no one. Khamenei previously referred to the coronavirus as “a blessing” because it would allow him to control the restive Iranian society by using the coronavirus and its high mortality rate

The regime isn’t just failing to contain the pandemic, it’s actively trying to spread it in order to prevent an uprising, which is why when Khamenei met with the National COVID-19 Task Force on October 24, after eight months in quarantine, he pulled in military and security officials rather than doctors. It’s actually an “anti-uprising” task force.

It’s why Revolutionary Guards (IRGC) Commander Hossein Salami announced just a week later that the regime would be “searching all houses” to combat the coronavirus, but really they were arresting dissidents.

But this won’t work. These authoritarian measures won’t work on people who have seen over 100,000 of their people die due to the carelessness (and callousness) of the regime. In fact, this makes people more willing to fight against the regime.

He has constantly warned about the Iranian Resistance and the Iranian people threatening the security of Iran, but he fails to recognize that they are actually the best hope for a secure Iran, which is committed to peace and personal freedoms. The will of the people is a threat to the regime, but the saving grace of the country.

Rouhani’s Lies About the Coronavirus in Iran

Not only that, but it’s an admission that the regime failed to quell society’s anger following the 2019 uprising. The embers of Resistance were hidden beneath the ash and the regime has managed to stoke them into a full-grown fire.

“Officials should fear ‘that’ [upcoming uprising]. Because when it comes, it penetrates all protections and burns [the regime’s] roots and hopes. There will be no time to regret [years of] oblivion,” the state-run Etemad daily wrote on October 28. 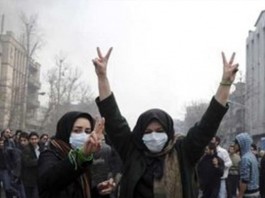 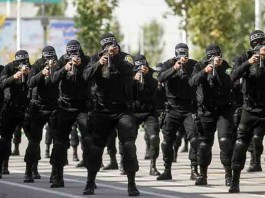 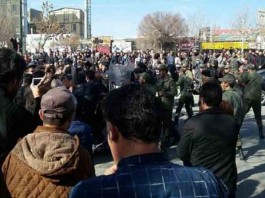