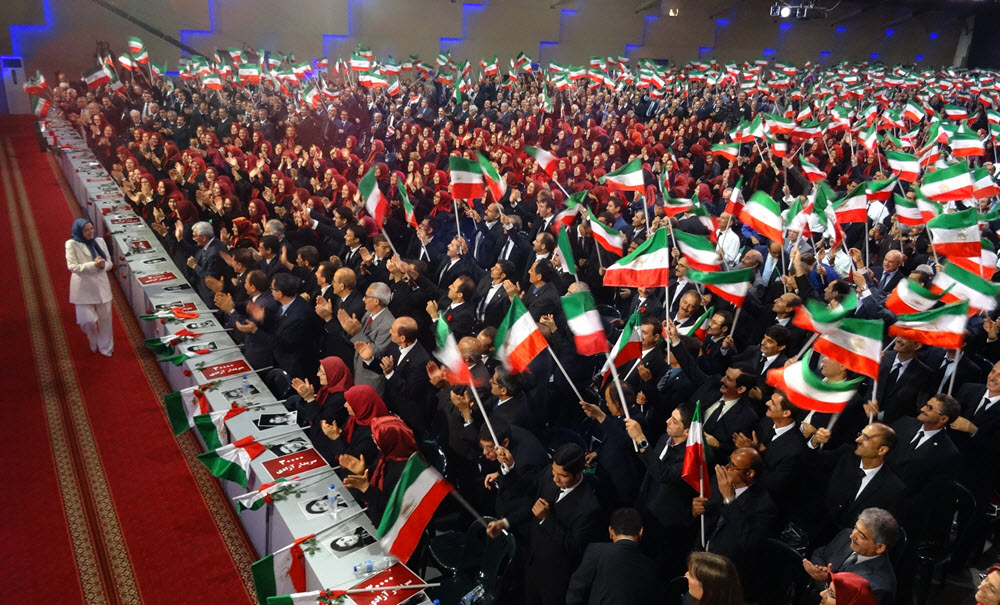 During the past few weeks numerous warnings have been issued by the Iranian regime regarding the role of the People’s Mojahedin Organization of Iran (PMOI/MEK). It has apparently become a certainty for Iranian regime officials that the PMOI/MEK are behind developments in regards to the ongoing protests.

Regime officials are concerned by the protests becoming increasingly organized. In fact, the Iranian regime’s judiciary spokesman recently stated, “These days we are hearing people chant against the judiciary, the government and officials. Be careful! God forbids a PMOI/MEK member should not infiltrate into the crowd and begin directing the crowd!” he said Monday. “We must be on alert to prevent the PMOI/MEK from taking advantage of us.”

“The people are angry… they might throw an insult at the state… However, we must draw our lines in the sand. The most important issue is that a PMOI/MEK is not involved… if they are not involved, we must tolerate people insulting us,” he concluded.

Saeid Hajjarian, a theorist of the reformist camp, likened the regime to “a person standing on a floating bridge, waiting for disaster to strike.”

Protests erupted in several cities, in the bazaar, sports stadiums and other places, just this past week, as well as the weeks before. The protesters shout slogans directed at several officials, including Supreme Leader Ali Khamenei.

The regime has increased its security measures. It has brought in police, special forces, and plainclothes agents to control the situation. The Iranian people, however, are unafraid and relentless in their struggle to raise their voices in protest against the regime.

Overthrow is becoming an increasing concern for the regime. Regime officials are warning against the danger of the Iran protests spinning out of control.

A former diplomat allied with President Rouhani, Ali Khoram, has urged the regime to initiate talks with world powers, warning that addressing the “rage of the people” should be the regime’s priority. According to the state-run Ruydad, Khoram said, “The entire regime is facing the dangers of the rage of the people, foreign invasion, and economic collapse.” He added, “We believe that to dampen the situation, we should engage in negotiations.”

Another state-run news website, Bahar, writes, “We witness deep concerns and grievances in the society,” and adds that “There’s no other solution but to engage in talks with Iran’s main counterpart.”

Friday prayer leaders in many cities expressed their fear from the continued protests and uprising across Iran and the role of the PMOI/MEK, which they usually refer to as “the enemy.” The Friday prayer leader in Tabriz, Mohammad Ali Al-e Hashem, showed his fear of the “enemy,” saying, “During the street protests, the enemy is taking advantage to further their own ends.”

The Friday prayer leader of Shahrud said, “The MEK wants to cause division and carry out a cultural conspiracy.”

In Birjand, the Friday prayer leader said, “Problems don’t just come to the streets. This is the enemy’s doing. The MEK wants to carry out its plans and we must confront them for the sake of the regime’s security.”

Interim Tehran Friday prayer leader Mohammad Emami-Kashani attempted to downplay the protests, saying in last week’s Friday prayers, “Four people start a situation, and other people who have problems become deceived and get mixed with them. They take photos and distribute it. This is what the world is maneuvering on.”

In comments that were published in Keyhan, Nouri Hamedani, one of the high-authority clerics of the regime warned, “The people will not tolerate that some steal the people’s wealth while others live without food.” Hamedani warned against “the enemy taking advantage” of the situation and asked the people “not to allow the enemy to take advantage.”

However, the regime may be their own worst enemy, as videos and images of regime officials and their family members’ luxury lives, both in Iran and abroad, circulate on social media. These images have sparked anger among ordinary Iranians, who don’t earn enough to live a decent life.

Former President Mahmoud Ahmadinejad asks, “Who is responsible for this situation? I believe that all officials are responsible, all three powers. The left and right are the twin blades of the same scissors.”

In comments to the Etemad Online website, Saleh Nikbakht, a jurist allied with Rouhani’s faction said, “It is evident that the people are expressing their grievances and dissatisfaction on the streets and in the social media. We must remedy the situation before the worst comes to pass.”

The regime in its entirety seems to have had their entire balance shifted by the “enemy” who is organizing the ongoing protests occurring across the country. The PMOI/MEK has deep roots in Iran’s society, and as Iran’s protests evolve in the weeks and months ahead, the seriousness of the PMOI/MEK’s role will become even more evident.