New photos from the scene of Sept. 1st Camp Ashraf Massacre reveal inexplicable aspects of atrocities and brutalities committed by Maleki’s forces. The photos in this report belong to the camera of slain resident Saeed Saeedy who has captured the final moments of another slain resident, Hossein Madani, leading up to his summary execution by Maleki’s forces. Yet another proof of a massive crime

against humanity in Ashraf Hossein Madani a longtime veteran of foreign relations’ and a member of NCRI’s foreign affairs commission; represented Camp Ashraf legal counsel. From 2003 and onward he was in close contact with MNFI officers and commanders as foreign affairs representative and many recall their collective memories. Saeed’s picture shows Hossein, sustaining abdominal injury; other accompanying pictures give the viewer a clear grasp of the scene. Apparently he was shot at close range while standing outside his residential quarter, like many others, by Maleki’s forces. He was helped inside his room, resting on the floor and awaiting, writhing in pain, a never existed medical assistance. 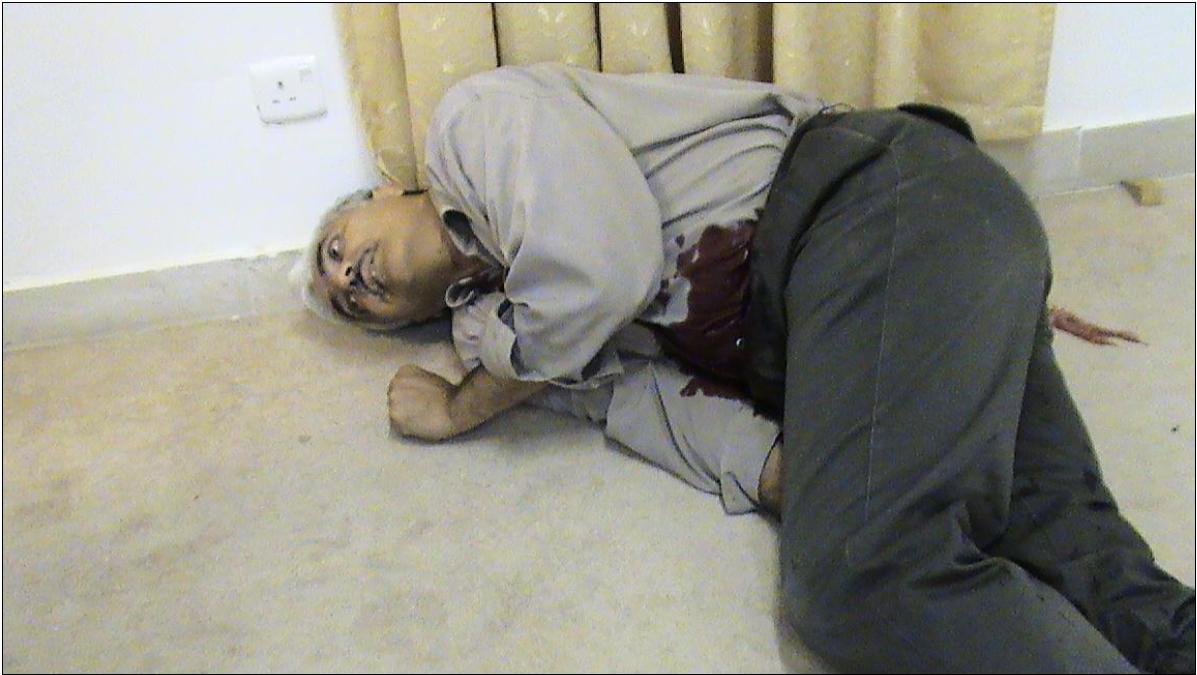 After a while the assaulting forces commenced the cleansing process with summary executions. While Hossein was awaiting medical assistance the second team of executioners enters his room and shot him at point blank range in cold blood. The photo clearly displays that while Hossein was laying his back to the wall writhing in pain, he sustained the lethal shot this time at the skull, with bullet piercing the frontal bone and exiting the cheek bone.

Execution of an injured person by delivering coup-de-grace is another case of crime against humanity. They are defenseless individuals whom the Government

of Iraq guaranteed to provide their safety and security. 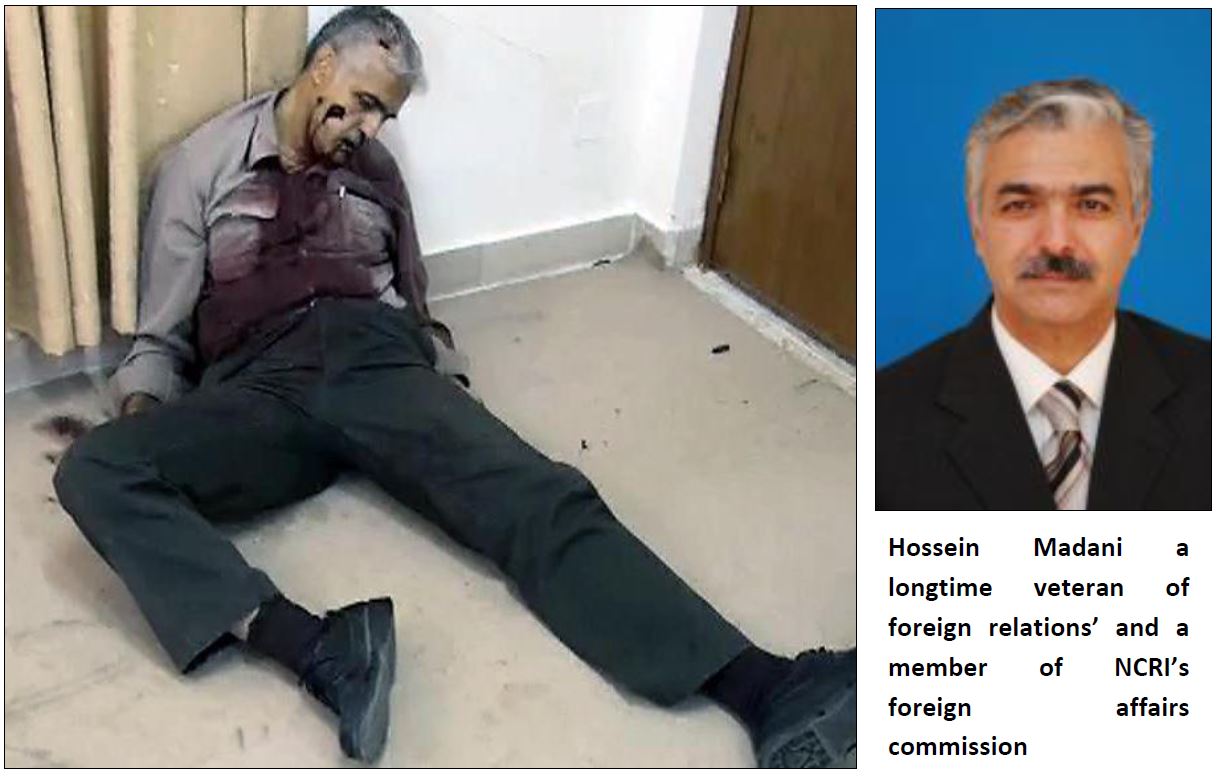 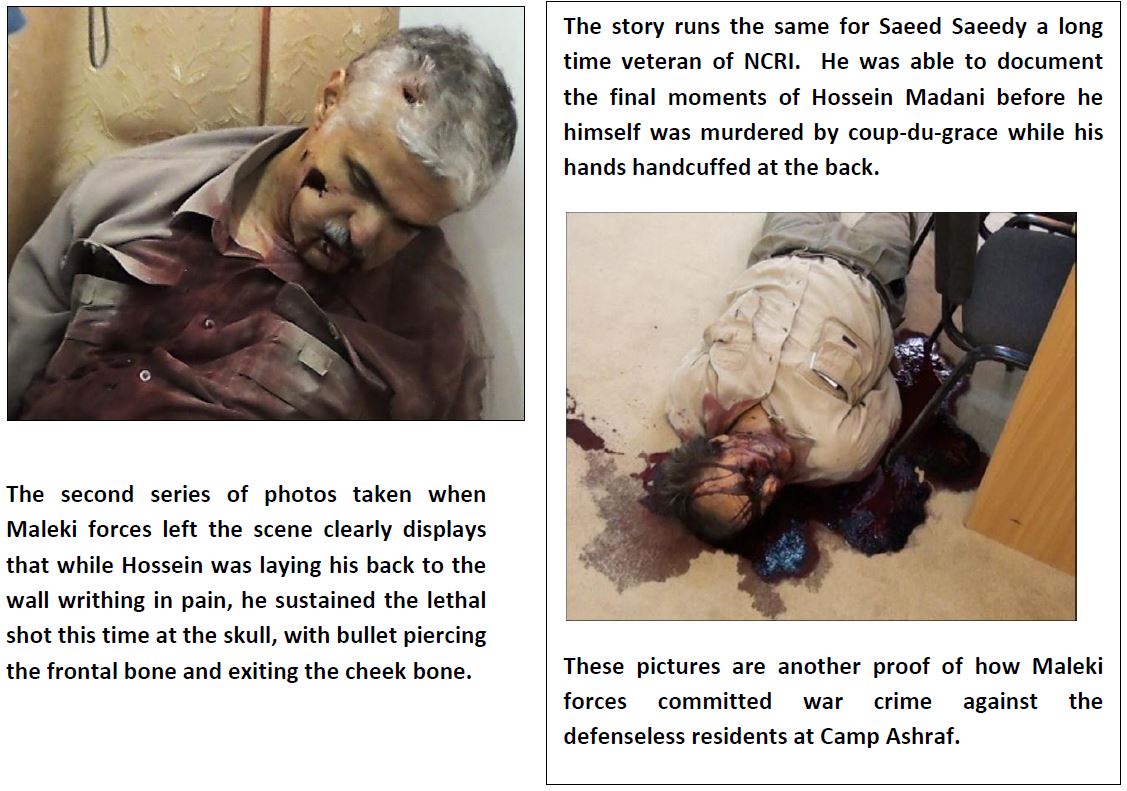 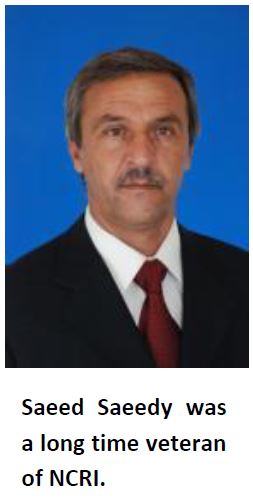