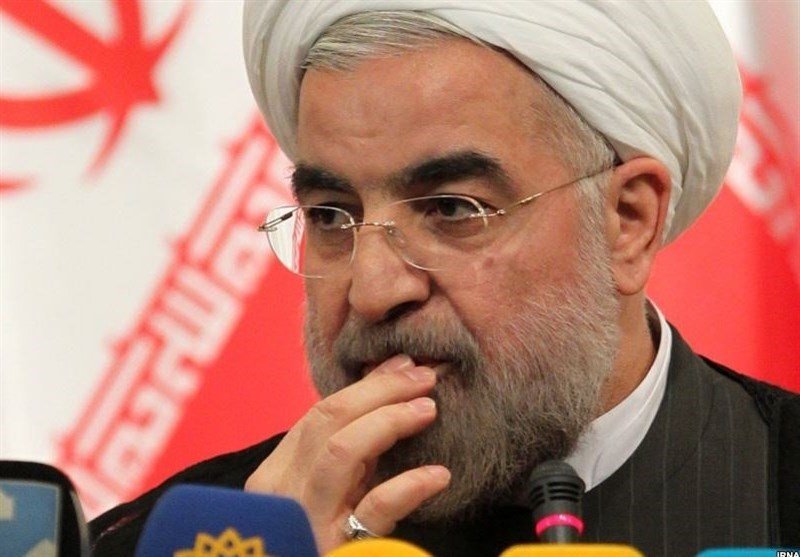 The Al Jazeera report notes that Rouhani’s pressure on the Turkish government helps to put Tehran into the awkward position of standing on the same side of an issue with the United States, at a time when Iranian-American relations are characterized by a seemingly ever-escalating war of words over a wide range of regional affairs.

Turkey and the US have long been at odds over American support for Kurdish forces, and Turkish President Recep Tayyip Erdogan recently accused American arms in Syria as being ultimately directed toward the US government’s unspecified designs for Turkey, Iran, and perhaps even Russia. Meanwhile, Iran and Turkey had seemingly bridged their longstanding differences in recent years, despite backing opposing sides during the seven-year long Syrian Civil War. Iranian support of Erdogan in the face of a 2016 coup helped in this respect, as did the eventual collapse of moderate Syrian opposition groups. But Turkey’s incursion into Syria now threatens the emerging hegemony of Iran-backed militias in that country, and may thus threaten Iranian-Turkish relations as well.

The move comes as Iran is continuing its efforts to secure a transport corridor stretching from Tehran, through Iraq, to Damascus and beyond. That effort puts the Iranian government into the potentially uncomfortable position of having to defend the maneuvers of its own forces and those of its allies among both state and non-sta

te actors, all while publicly opposing the activities of Turkish forces and any other players that may be at odds with Iranian ambitions to develop hegemony across a “Shiite crescent”.
This phenomenon was put on display by the close proximity between Rouhani’s comments on the Turkish offensive and the announcement, one day earlier, of an offensive aimed at consolidating control over an area near the border with Iran and thus securing the oil transfer route that was established after the Iranian Revolutionary Guard Corps and Iran-backed paramilitaries helped to oust Kurdish forces from the oil-rich area of Iraqi territory surrounding the city of Kirkuk.

Reuters reported upon this offensive on Monday and noted that while one group being targeted by the Iraqi forces is known to have been created from remnants of ISIL, another is “new and little known.” It is believed, however, that a group called White Banners is drawn from Kurdish populations in the area. If so, the arguably inconsistency of Tehran’s regional policies is made clearer by its simultaneous opposition of one assault on Kurdish forces and support of another, close to its own borders.

One might argue that this inconsistency is explained by the foreign origins of the offensive in northern Syria, and by the fact that Iranian forces and Iran-backed paramilitaries in Iraq and Syria are ostensibly operating with the blessing of local governments. However, some of those same forces have also threatened other groups whose presence has been embraced by Baghdad or by Ankara. This suggests a greater interest in securing Iran’s regional influence than in serving the interests of those governments – a trend that is also reflected in the fact that some Shiite militias in both countries openly swear allegiance to Iranian Supreme Leader Ali Khamenei.

Threats from such paramilitaries were highlighted in another Reuters report on Tuesday. It identifies two specific Iraqi militias as having demanded the full withdrawal of American forces from the country, even as Iraqi Prime Minister Haider al-Abadi acknowledged that the continued presence of at least some of those forces was needed “to completely finish the job” of destroying ISIL.

One of the two militias, Kataib Hezbollah, which is closely linked to Iran’s Revolutionary Guards, backed up its statements with explicit threats of attacks against any US forces that remain after the recently announced draw-down. “We are serious about getting the Americans out, using the force of arms because the Americans don’t understand any other language,” said the organization’s spokesman Jaafar al-Husseini.

The Reuters report quoted one US military official in Baghdad as dismissing these sorts of statements as political posturing. But that posturing is far-reaching and includes the construction of elaborate narratives that could be used to justify attacks on American forces not only in Iraq but throughout the region. A familiar feature of such narratives is the accusation, repeated frequently in Tehran, that the US either created or actively supported ISIL, despite the well-known American participation in the fight against the Sunni extremist group.

Voice of America News reported on Tuesday that both Tehran and its Russian allies had repeated such claims in their commentary on the situation in Afghanistan. “After witnessing Daesh and other organized terrorist groups losing their ground in Iraq and Syria, they are now relocating them to Afghanistan,” said Mohammad Hossein Baqeri, the chief of staff of the Iranian armed forces.

Although such claims have also been repeated by former Afghan President Hamid Karzai, they are of course undermined by the fact that US air forces have supported numerous Afghan missions against ISIL bases. At the same time, Iranian credibility on such matters is undermined by numerous reports throughout recent months indicating that Iran has been strengthening its ties with the Taliban, which famous harbored Al Qaeda while holding government power prior to the US invasion of 2001, and which is apparently viewed by Tehran as a potential ally of convenience in conflicts with the US.

Meanwhile, other regional allies, as well as being ideologically aligned with Iran’s Shiite theocracy, function as opponents of Iran’s more geographically proximate adversaries, chiefly Saudi Arabia. Prominent among these are the Houthi militants in Yemen, which have reportedly been the recipient of Iranian arms during that country’s three-year civil war. This support has been subject to considerable scrutiny in recent months, following US efforts to publicize the Iranian origin of several ballistic missiles that have been fired into Saudi Arabia by the Houthi.

The Saudi government announced on Monday that it had intercepted another of these missiles, according to Fox News. Meanwhile, the Iranian propaganda network Press TV reported that President Rouhani had used Tuesday’s press conference to once again reiterate that his government would not engage in negotiations with the US or with European nations over the future of its ballistic missile activities or the 2015 nuclear agreement. Rouhani’s commentary was backed up by statements from other military and government officials including Defense Minister Amir Hatami who said the country “would boost its military prowess with full strength and without any halt.”

In light of the Iranian regime’s promotion of regional proxies and its efforts to undermine the efforts of alternative forces in its areas of influence, such commentary can easily be regarded not only as boasting about Iran’s own national defense but also an affirmation of the regime’s ongoing pursuit of regional hegemony.