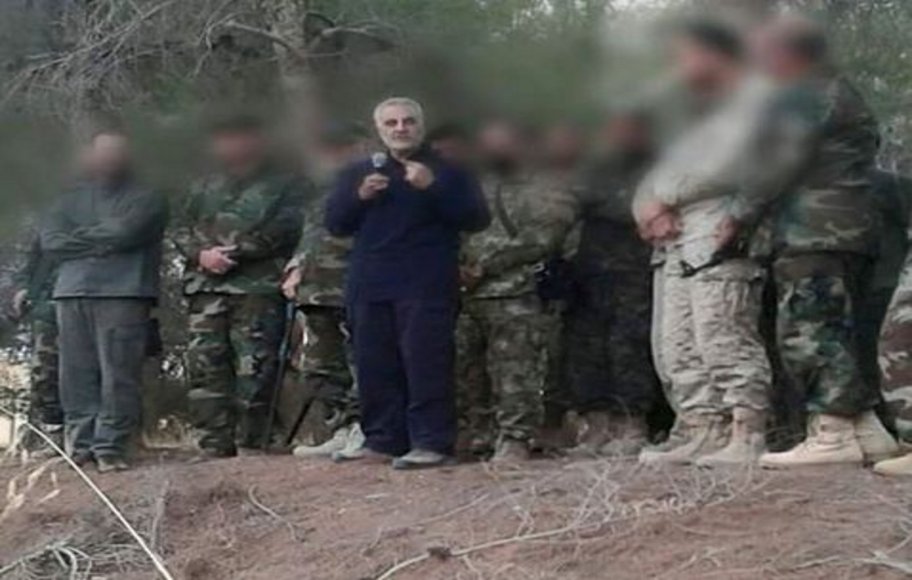 The Age detailed these gains and their overall context, noting that the escalation of Iranian power, backed by Russian airpower, seemed poised to further shore up the regime of Bashar al-Assad. That regime had already been brought back from the brink of collapse by Iranian and Russian logistical and financial support in the early days of the more than four-year-long Syrian Civil War. Now the expansion of foreign support for the regime promises to further extend the conflict.

In its coverage of recent developments, The Age also pointed out that this enhanced strength of the Assad regime and its allies promises to strengthen their hold over Damascus regardless of what happens in the east of the country, where the Islamic State of Iraq and the Levant is operating most heavily. In fact, by some accounts the Russian airstrikes, which have mainly targeted more moderate rebel groups, gave ISIL an opportunity to tighten its hold over its own territory.

These recent developments therefore raise the possibility that in absence of more aggressive Western intervention in the conflict, the moderate rebels will be defeated or driven further underground, leaving the civil war as a contest mostly between Assad’s loyalists and the Islamic State.

Thus far, the Obama administration has maintained that a political solution to the crisis must include Assad stepping down as president. But the White House has also welcomed the prospect of discussing such a political solution with Assad’s main backers in Moscow and Tehran. The Iranians, meanwhile, have flatly rejected the notion of Assad’s ouster. His continued rule is key to Iranian strategy in the broader Middle East. And the same is true, albeit to a lesser extent, of Russia.

The Aleppo offensive represents not only an increase in Iranian power over Syrian territory, but also an increase in Tehran’s openness about those interventions. Business Insider reported on Friday that Qassem Suleimani, the leader of the Iranian Revolutionary Guards’ Quds Force had been dispatched to Syria early this week to participate in planning of the offensive and was subsequently spotted with forces outside of Aleppo.

Suleimani’s presence, which is in violation of UN travel bans stemming from his history of terrorism, has been actively broadcast on social media by Syrian and Iranian forces. The same publicity had been given to Suleimani early this year when he was a major presence in the conflict of Iraqi forces and Shiite militias against the Islamic State. He was credited with victories for the government side, providing morale boosts to loyalist Shiites and also to Iranian hardliners, who began to float the idea of a Suleimani presidency.

Publicity for Suleimani and the Quds Force in general serves as a symbol of defiance against international restrictions and also as a symbol of Iran’s increasingly broad reach into the Middle East. The general belief that Assad will be comparatively safe in the wake of this offensive supports the notion that Iran’s foreign interests will be safe as well.

Iran’s more transparent presence in Syria has been made possible by the beginning of Russian airstrikes. According to an editorial published Friday in the American Thinker, both of these things support the long-term goal of militarily encircling Saudi Arabia and the other Gulf oil states, to the mutual benefit of Iran and Russia.

According to the editorial, Iran’s interventions in places like Yemen and Bahrain have been part of this same effort, which is a long-established Iranian strategy. With Damascus securely in the hands of an Iranian-Russian alliance and with Iran still subject to a 150 billion dollar influx of capital in the wake of the nuclear agreement with the US, Tehran may be able to turn its attention to exerting pressure on Saudi Arabia and OPEC to reduce their oil outputs and allow Iran a higher price and a larger share of the market.

Russian oil exports would similarly benefit from this strategy, giving the developing alliance greater financial resources over the long term and heightening concerns in the West about a powerful Asian bloc of countries, capable of effectively pushing back against US interests in the Middle East and the world.