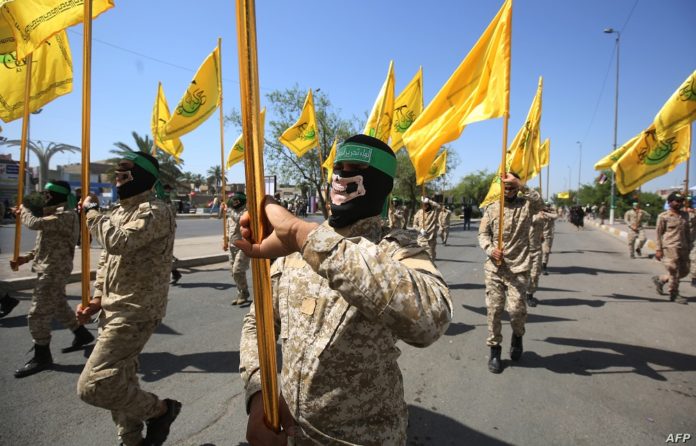 On August 31, in an interview with Mehr News, an Iranian state-run news outlet, Akram al-Kabi, head of the Iraqi Al-Nojaba terrorist organization, threatened other nations in the region and presented himself as the Iraqi’s representative and said, “when everyone neglected helping us, it was the Islamic Republic that opened its doors to us.”

“We confidently say that our movement follows Iran’s Supreme Leader, Ali Khamenei, and we don’t hide this,” al-Kabi added.

For the past 40 years, the Iranian regime has never ceased funding its proxy terrorist groups across the region, and as the U.S. Under Secretary for Terrorism and Financial Intelligence at the U.S. Treasury Department, Sigal Mandelker, said in May 2019, “Iran provides upward of $700 million a year to Hezbollah.”

While the regime continues its support of terrorism, the people of Iran grapple with absolute poverty and regularly protest against the regime’s warmongering policies.

Yet recently, a so-called “moderate” analyst of the regime underlined the need for the government to support terrorist groups such as Hamas and Hezbollah.

On September 1, in an interview with the state-run Iran daily, Mohammad Atrianfar, a former regime official with ties to the so-called “moderate” faction, while calling the Iranian people’s slogan “Neither Gaza nor Lebanon, my life for Iran” nonsense, said, “We must fund Hezbollah.”

His remarks once again prove that all regime factions support and are involved in the terrorism and warmongering policies of this regime.