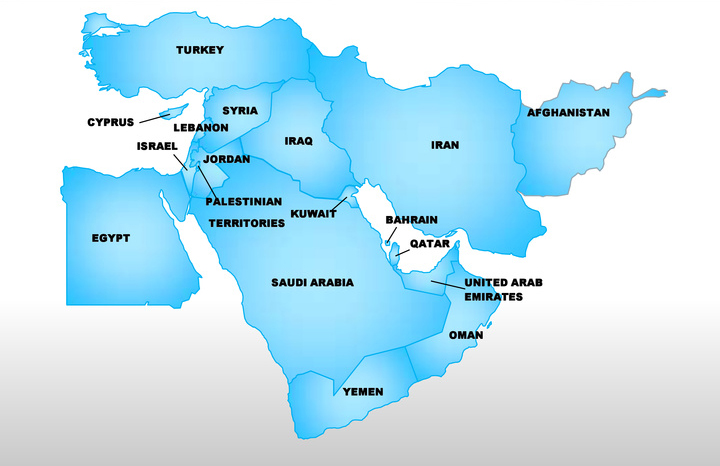 The more recent Tasnim Article was initially published only in Farsi and made even bolder declarations of French culpability for its own status as a target of extremists. Referring to the Western democracy as “playing with fire in Syria,” the article accused France of supporting terrorists for the sake of the overthrow of Bashar al-Assad. It went on to assert that “change in French policy vis-à-vis Syria is necessary” in order to maintain security in French cities.

This language makes it quite clear that Tehran is attempting to exploit the tragedy in order to pressure Western governments to act more in concert with Iran’s interests than with their own. In other words, commentary on the Charlie Hebdo attack appears as part of a strategy of entrenching Iranian influence in places where Western targets of extremism currently operate as rivals.

The broader aspects of this strategy were on display Thursday in an article by the Syrian Arab News Agency, which reported that talks had taken place between Syria and Iran on Sunday detailing further bilateral cooperation and the prospect for what Syrian Prime Minister Wael al-Halaqi referred to as joint development projects. SANA also reported that tax and fee exemptions for public sector imports from Iran had been extended for an additional six months in Syria.

This goes to show that the Iranian footprint on Syria is large and growing, and that bilateral relations may favor Iran economically. Last month, former Syrian army General Manaf Tlass put it in no uncertain terms, saying of Assad, “He sold Syria to the Iranians.” Such sentiment is based on Iran’s economic investments, its political influence in Damascus, and the fact that it effectively controls the National Defense Force that has replace the Syrian regular army in the midst of the ongoing, four year-long Syrian Civil War.

This indicates that Iran effectively has a free hand in Syria, and the same is true in Iraq, so much so that Iran and its proxies appear now to have considerable access to Iraqi military equipment, including that supplied by the United States. For months it has been understood that the Iranian Revolutionary Guards’ Quds Force commander, Qassem Suleimani is likely the most powerful agent in Iraq, and Iranian officials have declared outright that he is running the war against the Islamic State there. But more information continues to stream in about the extent of Iranian involvement in the conflict and the consequences of it.

The Washington Times reported on Thursday that the United States had donated roughly 300 million dollars’ worth of military equipment in 2014 alone, and that online pictures have been appearing that show some of that equipment, including an M1A1 Abrams tank, in the possession of Iran-backed Shiite militias. The Times also pointed out that at least some of these militias are specifically known to have committed human rights violations.

One US official has been quoted as describing the US as facing a catch-22 in Iraq, whereby it can either refuse to send military equipment and see the Islamic State gain ground as a result, or else send the shipments and see Iran gain ground as it takes possession of those weapons. However, another official, White House spokesperson Alistair Baskey, denied the latter possibility, disregarding the photographic evidence and saying that there is “no reason to believe” that the Iraqi government is deliberately providing Shiite militias with US arms.

Regardless of such denials, though, Arizona Senator John McCain remarked that the demonstrable growth of Iranian control over the conflict “cannot be in the US interest.” Furthermore, other critics of the Iranian regime judge that influence to be harmful to the broader Middle East, as well. On Thursday, The Tower reported that Iraqi Kurds were increasingly threatened by Iran-backed Shiite militias. It went on to advocate that the West give more attention to the Kurds as an aspect of its strategy against the Islamic State, and also against Iran.

This sort of skepticism about US relations with Iran apparently has more traction in the US Congress now, amidst a Republican majority in both the House and the Senate. Reuters reports that Senator Mark Kirk has said that he expects the banking committee to vote within weeks on legislation that he has co-authored to institute new economic sanctions against Iran in the event of a failure of negotiations over the country’s nuclear program. In addition, Senator Bob Corker indicated that he is working on a long sought after bill to demand that the Obama administration seek congressional approval for any nuclear agreement.

One or both of these bills may prove useful to the US president’s congressional opponents by the time of the deadline for that final agreement, at the end of June. Evidence continues to accumulate to support their expectations that either Iran will walk away from the negotiations before a deal is signed, or it will compel the Obama administration to accept an extremely weak deal. Prominent among this evidence is the commentary on the process by Iran’s Supreme Leader Ayatollah Ali Khamenei.

On Wednesday it was widely reported that Khamenei had declared that the US cannot be trusted, on the basis of its refusal to agree to immediate, across-the-board elimination of sanctions. On Thursday, the World Bulletin reported that the ruling cleric’s official website had arguably gone further along this line, saying in an infographic that the nuclear talks themselves are “useless” and “harmful” to the Islamic Republic.

The site also expressed the belief that Western strategy in those talks is aimed at limiting Iran’s missile stockpiles and its support for such organizations as Hezbollah and Hamas. This may signal the waning of Khamenei’s purported support for the negotiations, but it also reflects a US strategy that many in Congress would certainly like to see implemented.