Through the years the Revolutionary Guards (IRGC), has become the main backbone of Iran’s political, military, economic and social crackdown apparatus.

The original motive behind the formation of the IRGC on May 5th, 1979, meaning less than three months after Iran’s revolution, can be described as the regime intending to establish an ideologically-motivated military entity parallel to the classic army. 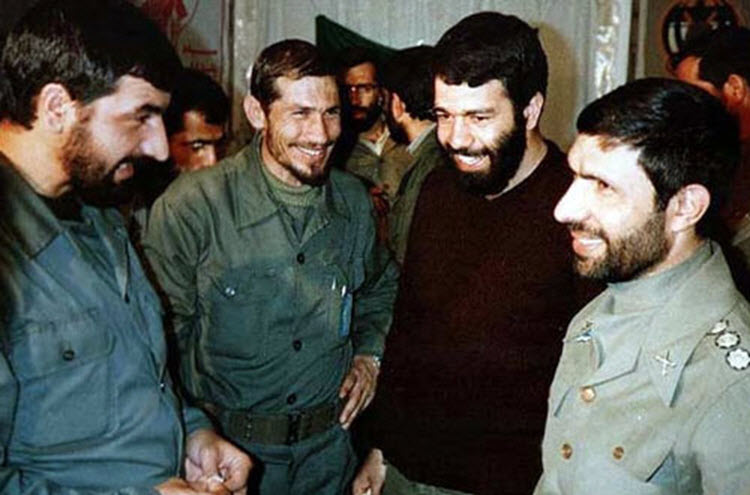 The IRGC’s main and sole duty is to protect the ruling establishment. Looking back to the early days, the IRGC’s raison d’être can be summarized in the two pillars mentioned in the introduction.

“The guard is placed just under the upper hand of the supreme leader which positions it at a place of unconstrained jurisdiction and power and just above Iran’s national army,” a read explains.

From day one of its foundation the IRGC has carried out a terror campaign of purging dissident, intellectual, journalists, literary figures and opposing politicians. The main target was and has been the main Iranian opposition, People’s Mojahedin Organization of Iran (PMOI/MEK), especially the 1988 massacre of 30,000 political prisoners, mostly PMOI/MEK members and supporters.

“The orders for the systematic execution of dissidents came from Khomeini himself, in the form of a fatwa (religious edict). His intention was to purge the country of any opposition, notably the main dissident organization, the People’s Mojahedin of Iran (PMOI/MEK),” said Hamid Yazdan Panah, an Iranian human rights activist and lawyer in piece in The Hill.

Throughout the 1980s the IRGC also carried out numerous campaigns targeting any and all dissent, including ethnic minorities, specifically the Baluch and Kurdish communities. In the 1990s the Iranian society witnessed how the notorious Ministry of Intelligence carried out the infamous “chain murders” and other cases of human rights violations.

Iranian Supreme Leader Ali Khamenei ordered the IRGC and its paramilitary Basij militia to crush the 1999 student uprisings, enjoying the blessing of President Hassan Rouhani, then the regime’s secretary of the Supreme National Security Council.

The IRGC was once again unleashed during the 2009 uprisings to quell any pro-democracy demands. They Guards went on a spree of arresting thousands, torturing hundreds and secretly executing dozens. 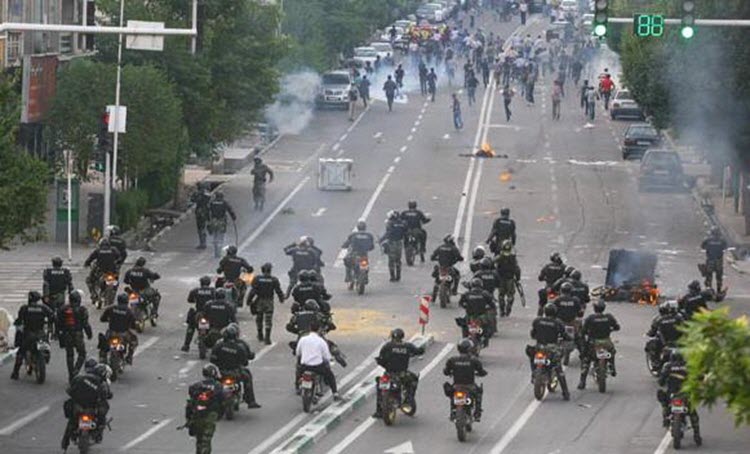 The IRGC has through the years relentlessly targeted the main Iranian opposition People’s Mojahedin Organization of Iran (PMOI/MEK), both following the 1979 revolution, and afterwards when the group went into exile abroad, mainly in Iraq. MEK members were also kidnapped and/or assassinated in Europe.

Meddling and terrorism, an IRGC motto

The regime in Iran considers meddling in other countries’ internal affairs, and most specifically its use of terrorism and encouraging fundamentalist viewpoints are not policies of mere marginal importance. Alongside the repression of all domestic protests, Tehran’s very survival fully depends on remaining loyal to this practice.

At least 8 other countries, including Bahrain, Egypt, Jordan, Iraq, Lebanon, Palestine, Syria and Yemen have become targets of Iran’s meddling in their internal affairs. The IRGC has also reached the point of establishing terrorist affiliates, cells or networks in as many as 12 countries.

Tehran’s terrorist activities have expanded to 13 countries and the IRGC is also known to have established spying cells or networks in 12 different countries, while most have seen authorities apprehend members of such groups.

One very lethal method explored by Iran has been enflaming sectarian divide across the Middle East, especially in its western neighbor of Iraq. A cruel irony, however, lies in the fact that while the IRGC is known to recruit Shiite to establish militia groups, it has also fueled support for Sunni terrorist groups.

“Indeed, the bipartisan 9/11 commission report, which investigated the Sept. 11, 2001 al Qaeda terror attacks — the largest mass casualty terrorist attack in U.S. history — pointed out that there was ‘strong evidence that Iran facilitated the transit of al Qaeda members into and out of Afghanistan before 9/11, and that some of these were future 9/11 hijackers,’” The Washington Times reported.

This is aimed at realizing Tehran’s ultimate objective: engulfing the entire region into chaos, and utilizing such a situation to advance their field of influence. Iran is “securing an arc of influence across Iraq and Syria that would end at the Mediterranean Sea,” according to The Guardian.

The IRGC can be described as Iran’s asset to establish the first “Islamic Caliphate” by taking first measures in this blueprint in 1979, long before Daesh (ISIS/ISIL).

In fact, the violence promoted by Iran across the Middle East under the banner of Shiite Islam, parallel to the horrific crackdown imposed on Sunni communities in various countries, have inspired the rise of Daesh.

Hidden occupation by the IRGC

The broad extent of the IRGC’s meddling makes undeniable its involvement in covertly occupying four specific countries in the region: Iraq, Lebanon, Syria and Yemen.

In Syria the past six years have made the IRGC’s deadly role crystal clear. Reports indicate up to 70,000 IRGC foot soldiers were roaming the Levant launching killing sprees.

“The Iranian regime’s military incursion in Syria came at a great cost to Tehran. According to reports obtained by the NCRI from within the regime’s own ranks, Iran’s death toll in the Syrian war are estimated to be over 12,000,” according to a research report. 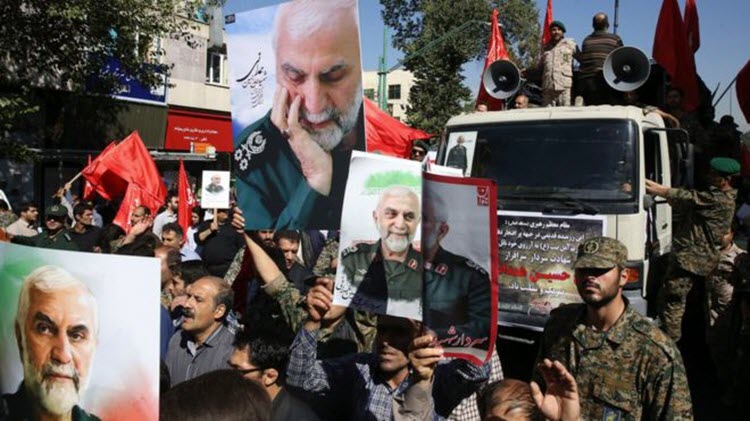 The IRGC has also established a vast network of training camps inside Iran and abroad for new recruits to provide fresh members for its proxy militia groups. Each month hundreds of future soldiers arrive from Afghanistan, Iraq, Lebanon, Syria and Yemen to undergo such training courses.

The IRGC pursues also a parallel effort of establishing cultural branches across the Middle East to expand the Iranian regime’s influence.

14 different countries have experienced the IRGC sending large, varied supplies of weapons and explosives to their soil. Such a practice has become known as the IRGC trademark and revelations have also clarified how the Guards has established a network of 90 secret docks, mainly on Iran’s southern shores, involved in both shipping arms to countries across the region, and smuggling goods into the country and abroad. The revenue accumulated from such activities are all channeled to fund the IRGC’s foreign campaign.

The IRGC Quds Force has also gone far beyond the Middle East in this regard.

“The world should rest assured the IRGC will soon establish branches in the U.S. and Europe,” said IRGC Brigadier General Salar Abnoush.

The IRGC is also infiltrating into Iran’s political affairs, establishing a major role in defining the regime’s foreign policies. While Khamenei has the final word on all major national security and foreign affairs, the IRGC enjoys vast authority in implementing Khamenei’s will abroad.

Regarding the countries of Afghanistan, Iraq and Syria, due to their significant importance, the IRGC, not the Foreign Ministry, has appointed their ambassadors. The motive is to maintain all activities and agendas under IRGC control and exploit all diplomatic immunity opportunities.

Iran’s current ambassador in Iraq is IRGC Brigadier General Iraj Masjedi who previously chaired the IRGC Iraq desk. He is also a senior advisor of IRGC Quds Force chief Qassem Suleimani, who commands all of Iran’s operations in Iraq and Syria. Masjedi supervised attacks against the U.S.-led coalition forces in Iraq, leaving scores killed and wounded.

Following the Iran-Iraq War the IRGC began its economic activities, and around 30% of all the IRGC’s engineering resources were tasked for this purpose. The IRGC especially gained significant control over Iran’s economy during the tenure of former Iranian president Mahmoud Ahmadinejad from 2005 to 2013. 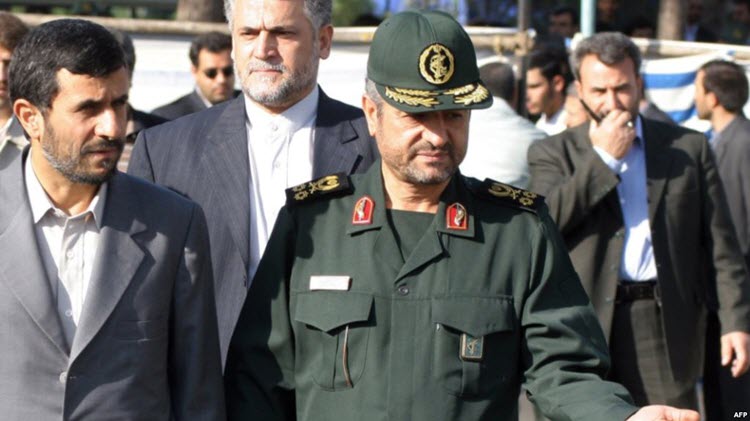 As all IRGC activities are in need of enormous funds, and considering the international community’s long-running sanctions against Iran, the force set its sight on establishing on becoming a major economic powerhouse.

The IRGC has gained an increasing amount of influence on Iran’s economy, even the highly important oil and gas industry. The exact number of IRGC-affiliated front companies remains very fluid.

The IRGC has also ironically benefited enormously from the nuclear deal Iran sealed with world powers.

“Of nearly 110 agreements worth at least $80 billion that have been struck since the deal was reached in July 2015, 90 have been with companies owned or controlled by Iranian state entities,” a Reuters analysis shows in reference to the IRGC.

The IRGC is now considered a huge conglomerate of different companies and assets controlling Iran’s missile drive, parallel to the controversial nuclear program with sites spread across the huge country. Dozens of companies are involved in procuring the technology needed to master ballistic missiles and sensitive nuclear products.

The IRGC is also entrusted to pursue the ballistic missile program and senior Iranian officials have boasted acquiring the world’s sixth missile production line, including the Shahab-3/3B enjoying a range of over 2,100 kilometers. 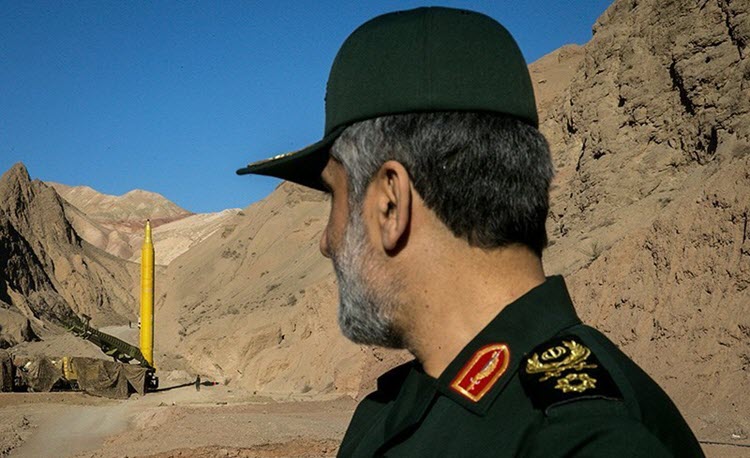 Iran’s IRGC is unquestionably a serious threat not only for the Middle East, but also Eastern Europe.

The mullahs’ regime is a dictatorship with the IRGC used as the main leverage to maintain this entity in power through domestic crackdown. However, the IRGC’s driving force is to export this regime’s extremist mentality and warmongering.

The IRGC has spread its influence throughout the region like cancer, using Iraq as a springboard to reach the entire Middle East and rendering a scourge of deadly wars and terrorist attacks. A fundamentalist ideology energizes this armed force, with no other purpose other than protecting the mullahs’ establishment through fueling terrorism and extremism abroad.

As the decades have passed since 1979, the IRGC has resorted to more advanced methods of domestic crackdown and foreign provocations, threatening the Iranian people, and nations across the Middle East and beyond.