The new bipartisan Hezbollah International Financial Prevention Act aims to widen the scope of sanctions by going after Hezbollah’s drug trafficking and public relations arms, which until this point have operated with relative impunity across the globe, including in Latin America.

The sanctions also would disrupt Hezbollah’s fundraising channels and cut off the group’s ability to finance its international terror activities.

The lawmakers argue that new sanctions are needed in order to thwart Hezbollah’s growing global network, which includes drug rings, criminal networks, and terror funding in the Middle East and elsewhere.

Hezbollah, a radical Lebanese-based terror organization supported by Iran, has long organized attacks against Israel’s northern region and elsewhere. It was started with financial support from Iran and has long carried out global attacks on behalf of the Islamic regime in Tehran.

“Hezbollah continues to pose a threat to the United States and our allies abroad—particularly our great ally, Israel,” said Meadows. “This bill goes directly after Hezbollah’s illegal financing and holds those aiding the terrorist organization accountable.”

Iran provides Hezbollah anywhere from $100 to $200 million a year, according to analysts.

Hezbollah’s network has spread from the Middle East to Latin America, where it has established an elaborate narco-trafficking operation that helps fund its global terrorist activities.

The new sanctions bill would target Hezbollah’s drug operation by designating the group as a Narcotics Trafficking Organization. This designation, once approved by the president, would apply pressure to the terror group’s narcotics network and aim to break it up.

The bill also would target Hezbollah’s international financing operations, mainly by cracking down on foreign banks—including foreign central banks—that do business with Hezbollah and its affiliates and move cash on the group’s behalf.

The legislation additionally seeks to label Hezbollah as a Transnational Criminal Organization, a designation that enable the United States to target the group’s purported money laundering activities as well as its trafficking in counterfeit and stolen goods.

Hezbollah’s media apparatus would also be sanctioned under the legislation.

The Lebanese al-Manar cable and Internet station, which describes itself as a “station of resistance,” has long been used by Hezbollah to disseminate radical and violent propaganda. The United States already designates the station as a terror organization.

The bill would go further by sanctioning satellite providers that carry the station and force the Obama administration to explain why these providers have not already been penalized for providing material support to the terror group.

Lawmakers say the bill is needed to combat the growing threat posed by the group, which has been sanctioned in the past for its terror activities.

Hezbollah, which has murdered Americans in past terror attacks, has grown significantly in size and reach since it was first established. The group has notably been intervening in Syria, where it is fighting rebel forces on behalf of embattled President Bashar al Assad. 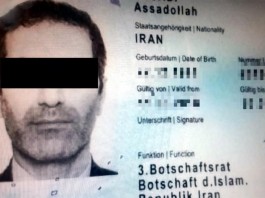 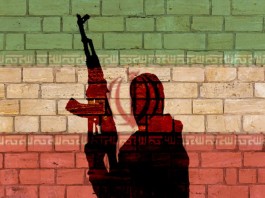 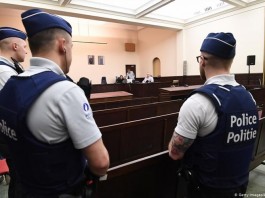 Iran Diplomat to Go on Trial for Terrorism in Europe